Notes from this week's episode: 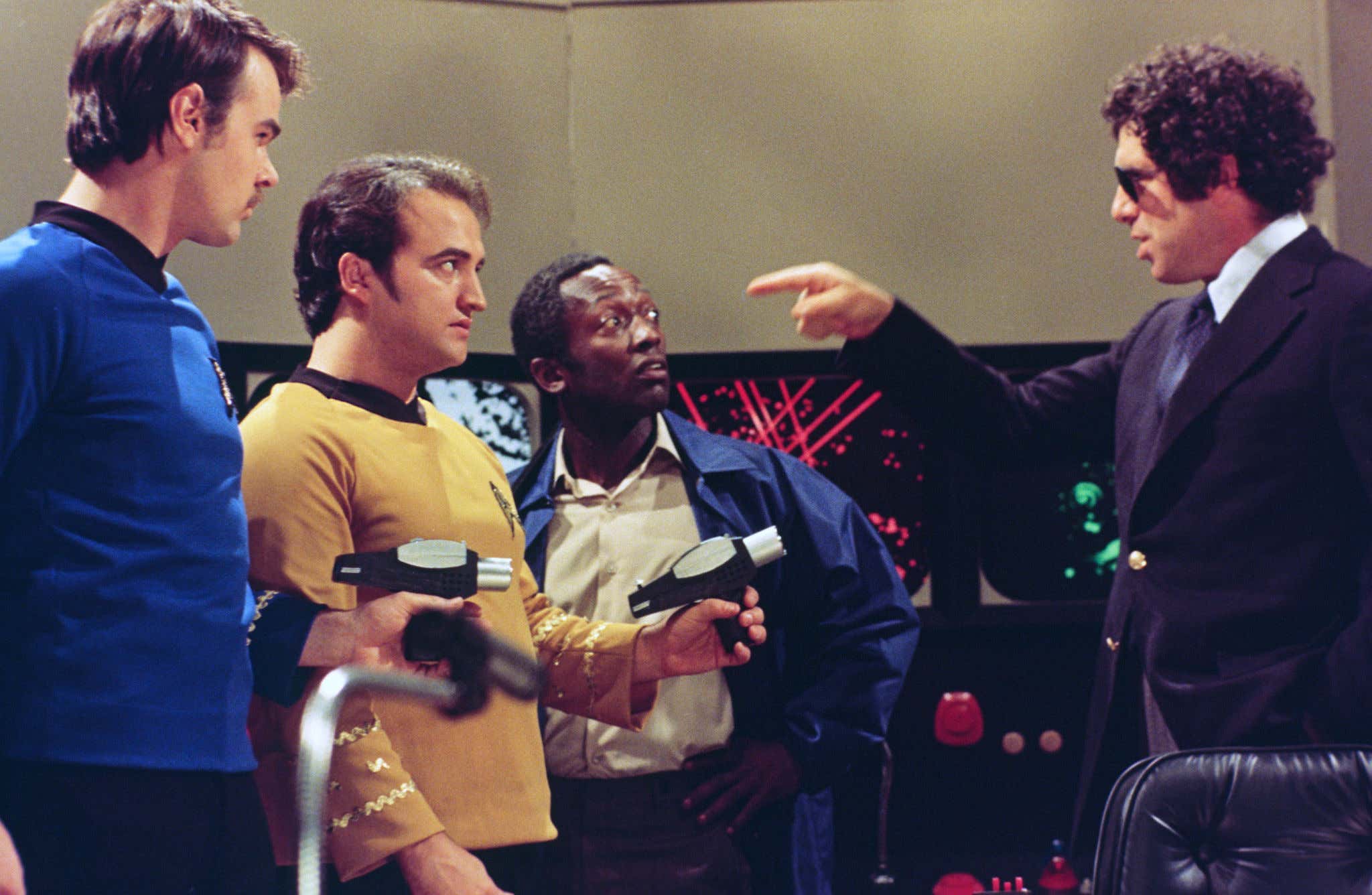 That is now, but let’s go back to the beginning:

Originally called "NBC's Saturday Night," the series began in part because Johnny Carson wanted more time off from his late-night talk show. Do I need to say this? - back in 1974, Johnny Carson hosted something called "The Tonight Show," and it was a HUGE moneymaker for NBC. NBC aired reruns of the Tonight Show on weekends, but Carson requested that NBC save his re-runs for his vacation days instead.

To fill that weekend slot, NBC's director of weekend late-night Dick Ebersol, teamed up with up-and-coming TV writer and producer Lorne Michaels to create what is now "SNL."

First off, he’s a filthy Canadian, having attended the University of Toronto. He turns 76 in November, and has been married 3 times. He has 3 kids, and is worth $500-million dollars.

Rowan and Martin was a variety show with two-man hosting team. It premiered January 22, 1968, and it was the first comedy variety hour to provide funny 30-second sketches for ADD audiences (Like Tik-Tok). They had a wall of jokes where random cast members and celebs would pop out and say a one-liner. They hosted a cocktail party in the background of every show, and surrounded the set with go-go dancers, including a VERY young Goldie Hawn.

So, Michaels took the basis of R&M, and tweaked it into the SNL format we all know and used to love. It worked, and Lorne Michaels is one of the most decorated talents in all of show business.

Michaels personally has won 16 Emmys as a writer and producer. In 2016, he was awarded a Presidential Medal of Freedom, the nation’s highest civilian honor, for his significant cultural contributions to the country.

He was inducted into the Television Academy of Arts and Sciences Hall of Fame in 1999, and in 2004, he received the Mark Twain Prize for American Humor.

He received a star on the Hollywood Walk of Fame in 1999.

In 2013, Michaels received the Distinguished Collaborator Award by the Costume Designers Guild and also earned the rare honor of an individual Peabody Award - which is the oldest major media award in the United States.

Michaels has been the executive producer of the Emmy-nominated “The Tonight Show Starring Jimmy Fallon”,“Late Night with Seth Meyers”,“Documentary Now!”,“Portlandia”, NBC’s “A.P. Bio” and more …

On Broadway, he produced and directed “Gilda Radner - Live From New York” and produced the subsequent film “Gilda Live.” In addition, he produced “Mean Girls,” the Tony-nominated Broadway musical based on the hit movie that’s currently at the August Wilson Theatre.

But even after all that, SNL is the project that is synonymous with Michaels, even though he did abandon it at one point!

After the fifth season, Lorne decided he wanted to do something else, and he turned over the reigns to producer Jean Doumanian for seasons six through ten. But SNL did SO POORLY during that time (the only bright spots were a young Eddie Murphy and Joe Picopo) NBC president Brandon Tartikoff called Michaels and begged him to return.

Only a few sets (like the Oval Office) are saved and reused. Most are destroyed after each show.

After-party attendees — including cast members — have to pay for their own food and drinks.

Carrie Fisher and Dan Aykroyd - Back in 1978, Princess Leia and the fattest Ghostbuster met when Fisher hosted. They later fell in love on the set of The Blues Brothers and eventually got engaged. HOWEVS, Fisher called it off because she fell in love with singer Paul Simon.

Larry David was a staff writer for one season, but just one of his sketches made it to air, and (not surprisingly) he didn’t seem to get along with anyone. BUT, he did connect with cast member Julia Louis-Dreyfus, whom he later cast as Elaine on Seinfeld.

For your viewing pleasure, The Olympia Restaurant sketch:

According to Don Novello, who penned the first Olympia Café sketch, the diner was based on the Billy Goat Tavern on Lower North Michigan Avenue in Chicago, which is still operating (and part of a small chain). According to his brother Jim Belushi, John based the character on their uncle, who at one time owned a hot dog stand on Chicago's Northwest Side.

As various guest stars discovered (with a few exceptions), only three items on the long menu could actually be ordered successfully: the cheeseburger (pronounced "cheeburger" by Belushi), chips (pronounced "cheep"), and Pepsi. Attempts to order Coke (later Pepsi) were invariably met with the response: "No Coke! Pepsi!" (or later on, "No Pepsi! Coke!") Likewise, those who ordered french fries got the response, "No fries! Cheeps!"

MUCH more on The Twisted History podcast with Pat and Large this week: