From the thousands of pounds of human excrement on the streets of San Francisco to the adorable log in Johnny Depp's bed... So this week I asked Chaps to sit in on Twisted History because the subject is simply SHIT.

And much like John Singer Sargent prefers to paint with watercolors, Chaps prefers feces as his milieu. 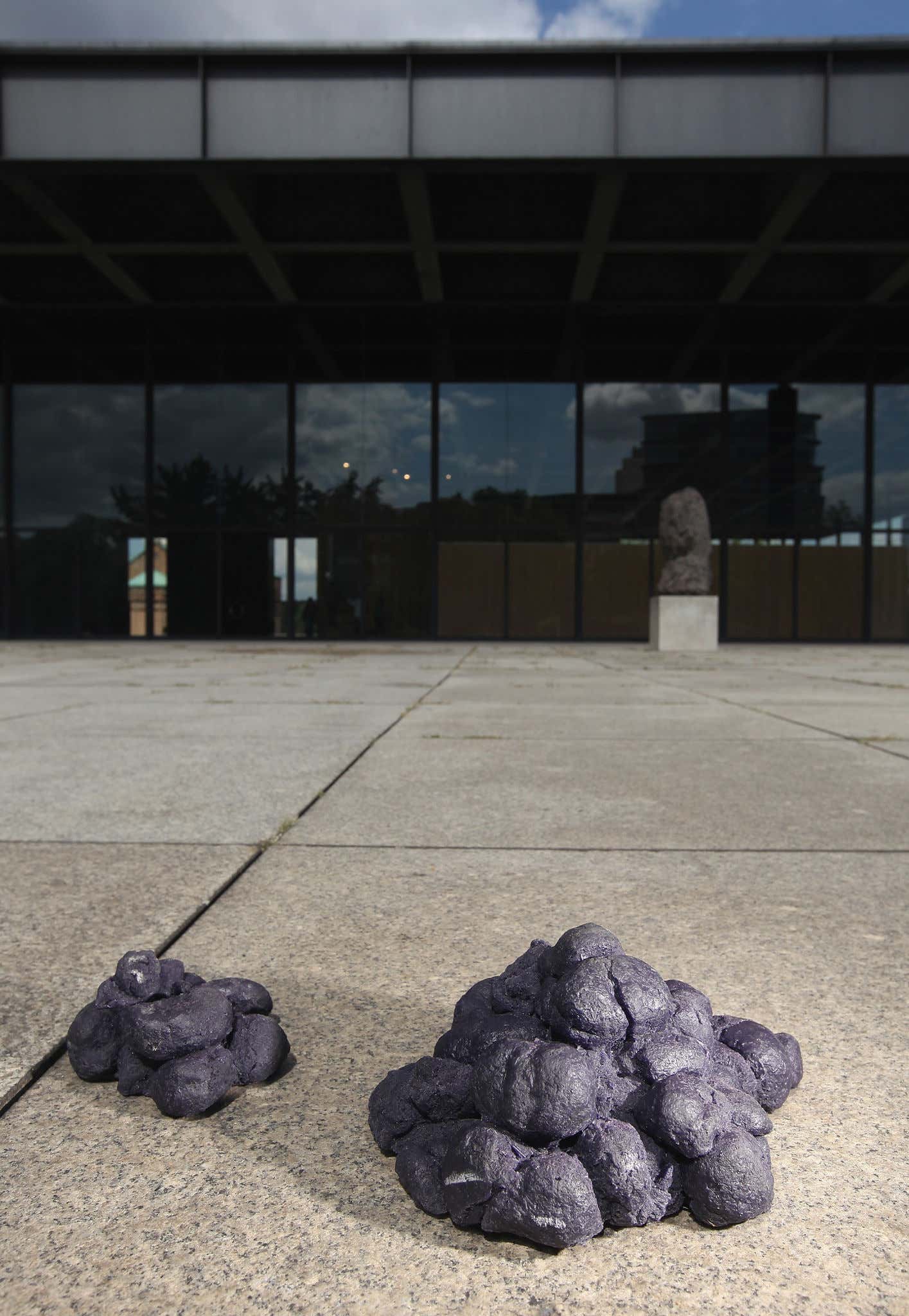 (This is actually one of four fake blue horse manure piles scattered near the entrances outside the Neue Nationalgalerie Art Museum in Berlin, Germany… Because… You know… Art is a fucking scam.)

In the episode, Saint Anne and I walk everyone through some of the most famous shit stories of all time, from Mozart's alleged coprophilia to Elvis' final turd, before Chaps jumps on and walks us through what it's like to shit in a 120-degree port-a-potty in Fallujah.

Give it a listen, and take a report.