We’ve talked about returning your shopping cart before. 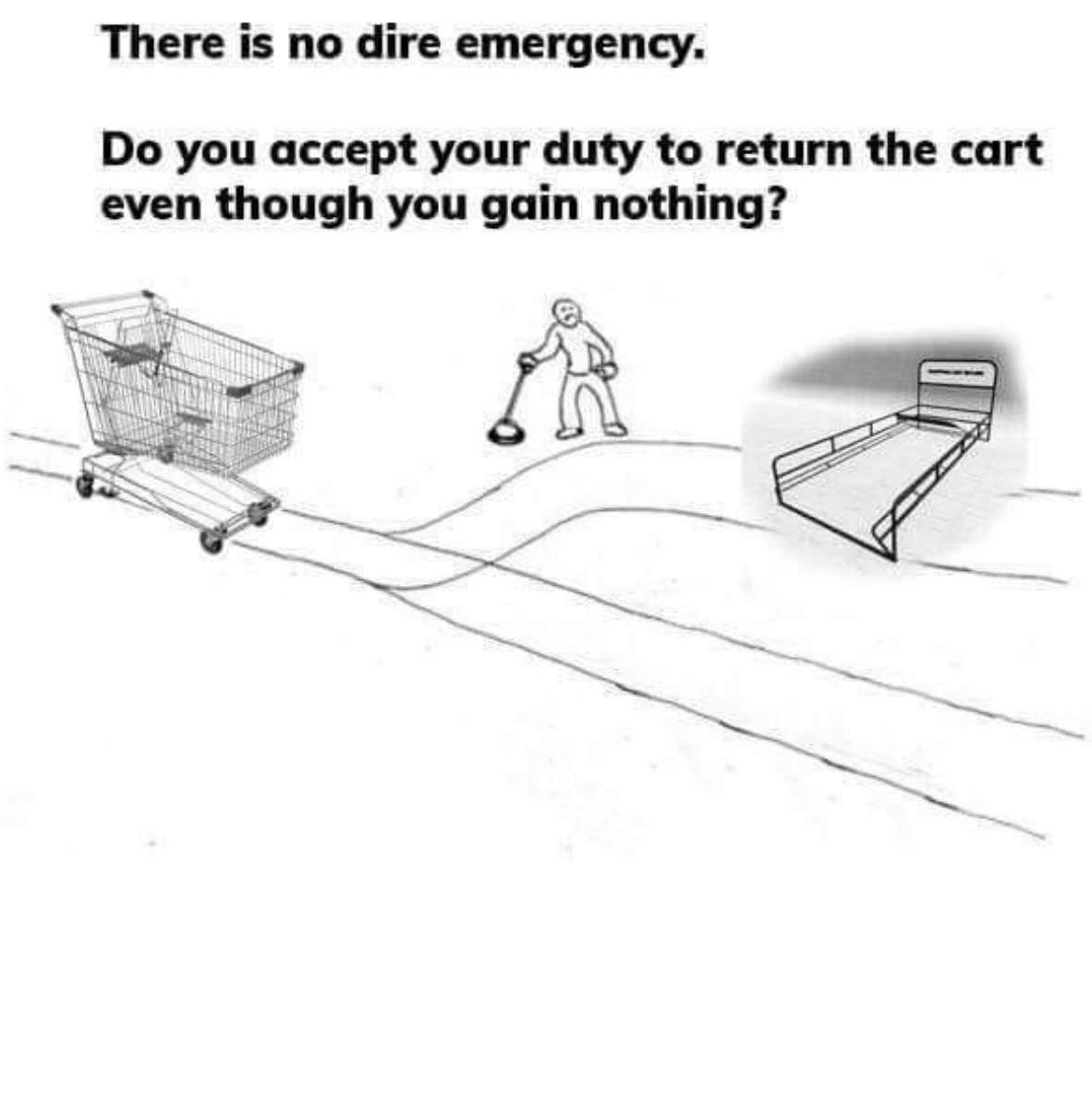 There is actually an intense study connecting a person’s tendency to return his or her shopping cart after they unload their groceries at the car to whether or not that person would be capable of self-governing.  I took the study one step further a couple of years back by adding in those shoppers who don’t fall into the categories of “returns cart” or “does not return cart” to account for people who exist somewhere in the middle.

For example, there are people who realize there is a CART RETURN section in the lot that is actually further away from their car than the actual store BUT will still walk a greater distance to the aforementioned CART RETURN because they subconsciously STILL want a store employee to “fetch” their cart at some point.

But there is yet another cart returner I never accounted for… Until today.

Check out this piece of shit… 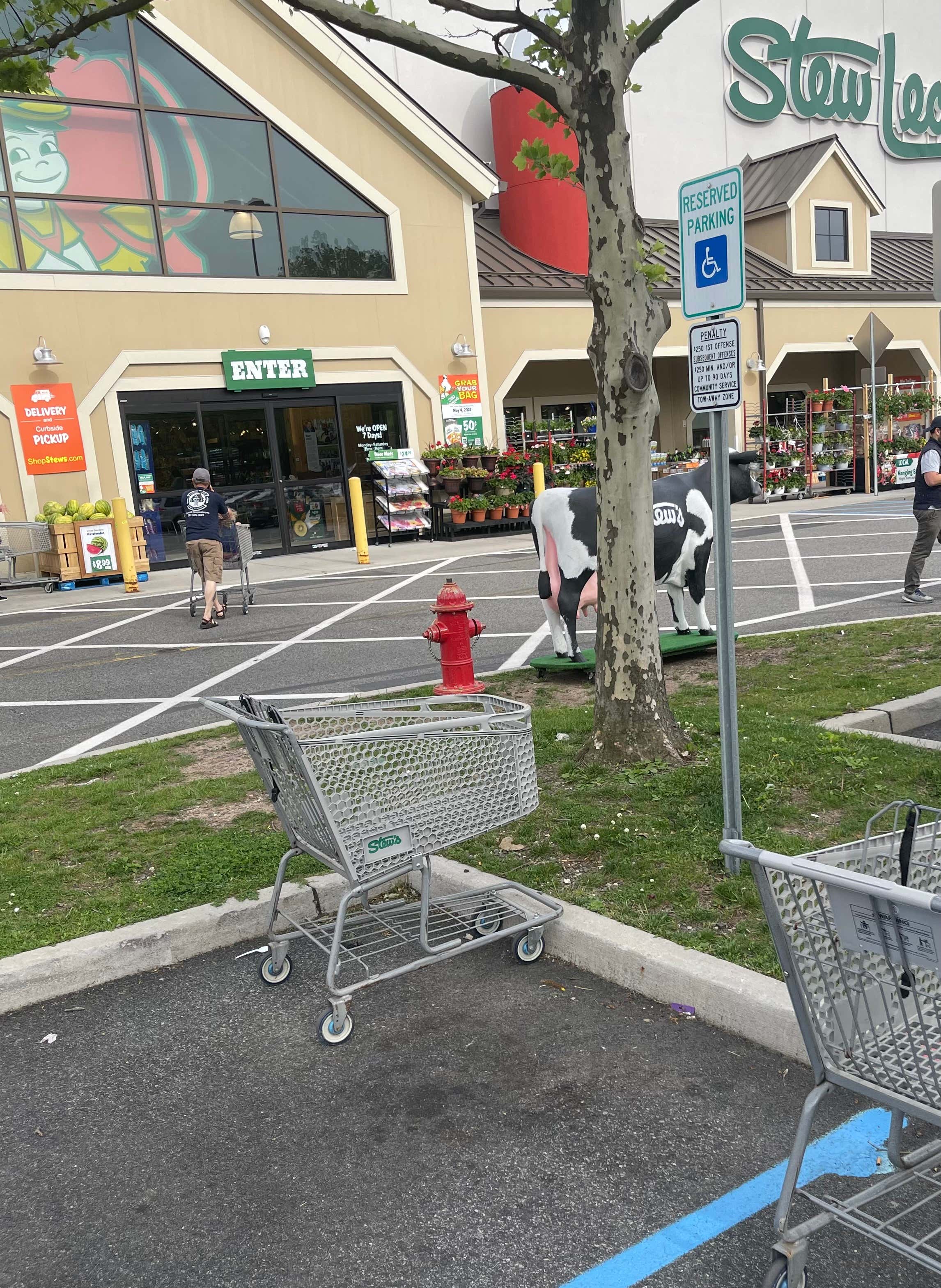 THIS IS A WHOLE OTHER LEVEL.

“Fuck this logic, Large… Grocery stores pay people to take care of cart returns, so I don’t have to do it.  PLUS, with all this fucking inflation, I paid a lot of money for my groceries, and part of that price was the luxury of not having to return my cart.”

Whatever helps you sleep at night, you lazy bastard.  Now back to my recap list…

Therefore, this person is not only a burden on the store but also on the handicapped person that is looking to park in a spot designated for people with disabilities… Disabilities that normally afford them the luxury of parking close to the store, but today not without having to get out of their car, limp over to your cart, move it out of the way, limp BACK to their car, and finally park.

All the while, you were heading back to feed your (presumably) ugly asshole family. 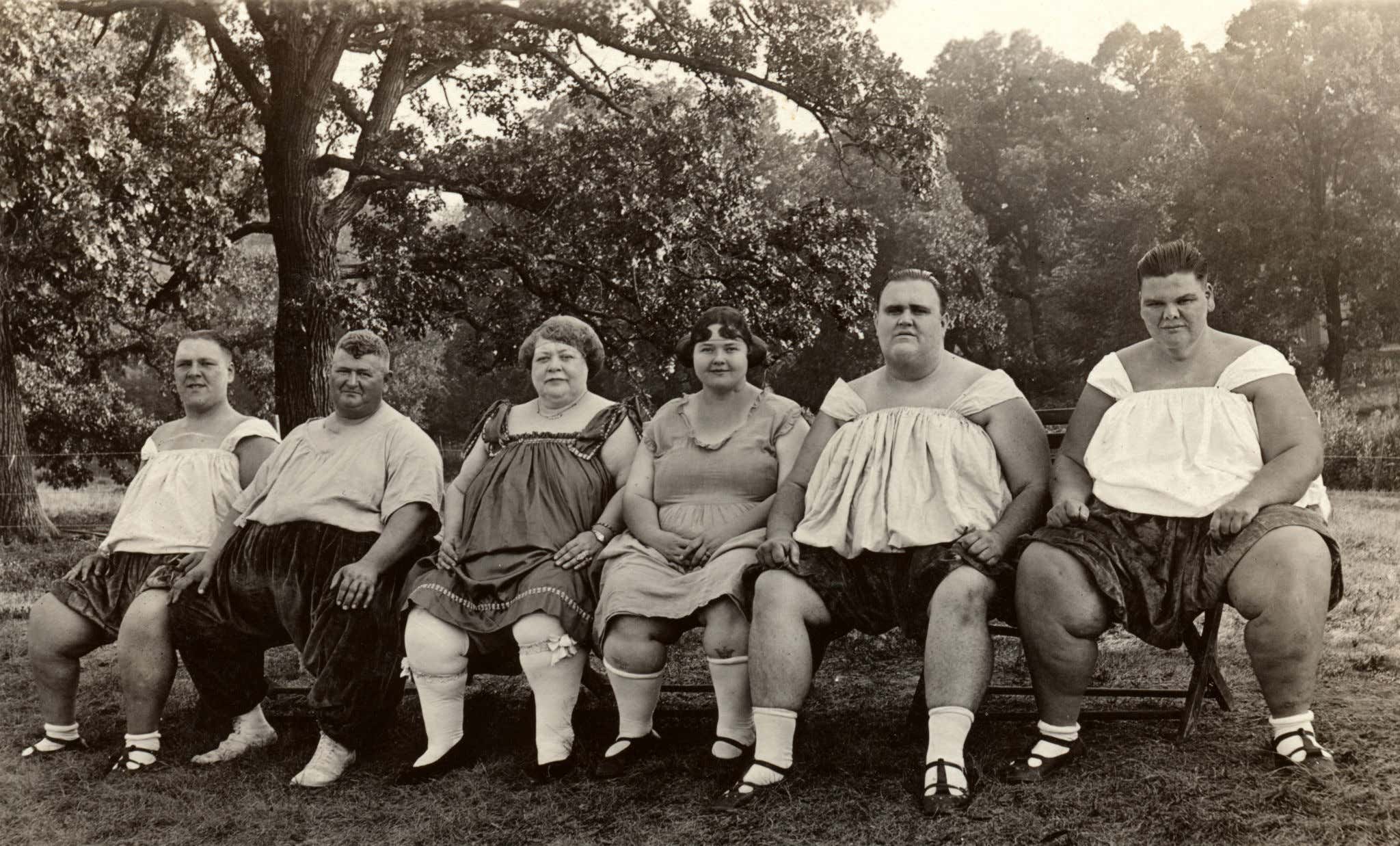 I saw all this go down.  I watched as this 40-something woman walked her empty cart across the aisle from where she was parked and deposited it smack dab in the middle of the disabled spot.

I was about to yell, “CUNT!”, but I didn’t… Partially because I didn’t want to offend other shoppers, but also because I was with my 11-year-old daughter, who’s probably not familiar with the c-word unless she has her ear pressed against the bedroom door while her mom and I argue.

(my wife calls me a cunt all the time when we argue, and I don’t like it at all)

So instead of yelling anything at this slovenly pig, I decided instead to take the high road and say a silent prayer that she'll wake up and find a pronounced lump in her tit.

(not cancerous, obviously… but still terrifying)

And next time, I hope she runs into this guy…

According to that study I referenced above, do you know what state contains the greatest percentage of shoppers who DON'T return their carts?

And, by coincidence, this week's episode of Twisted History is all about the "Land of Lincoln", and my co-host is none other than Chief from Barstool's esteemed Chicago office.