Notes from the podcast, the 'Lowering The Bar' segment:

Which of these cocktails would you try?

The Infected Whitehead: Swirl vodka with a Bloody Mary mix and a spoonful of cottage cheese.

The Smoker's Cough: Jägermeister with mayonnaise.

The Tapeworm: Vodka, Tabasco sauce, and a squeeze of mayonnaise. 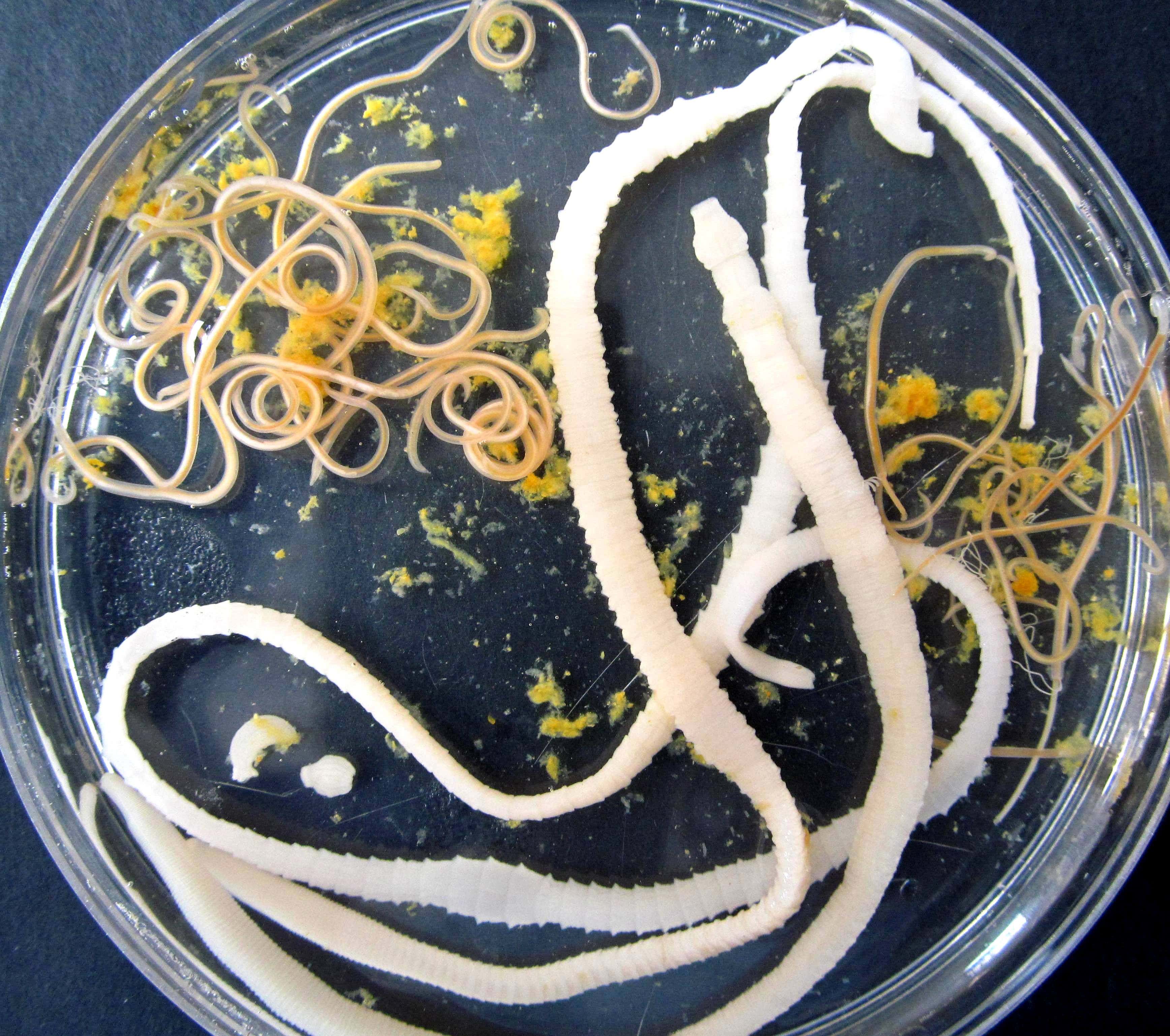 Scorpion Vodka: A Thai vodka distilled with a scorpion in each bottle that supposedly adds "a subtle woody taste."

Snake Wine: Produced by infusing whole snakes in rice wine or grain alcohol. The drink was first recorded to have been consumed in China during the Western Zhou dynasty in 770 BC and considered an important curative according to Traditional Chinese medicine. The snakes, preferably venomous ones, are not usually preserved for their meat but to have their "essence" and/or snake venom dissolved in the liquor. The snake venom proteins are unfolded by the ethanol and therefore the completed beverage is usually, but not always, safe to drink. 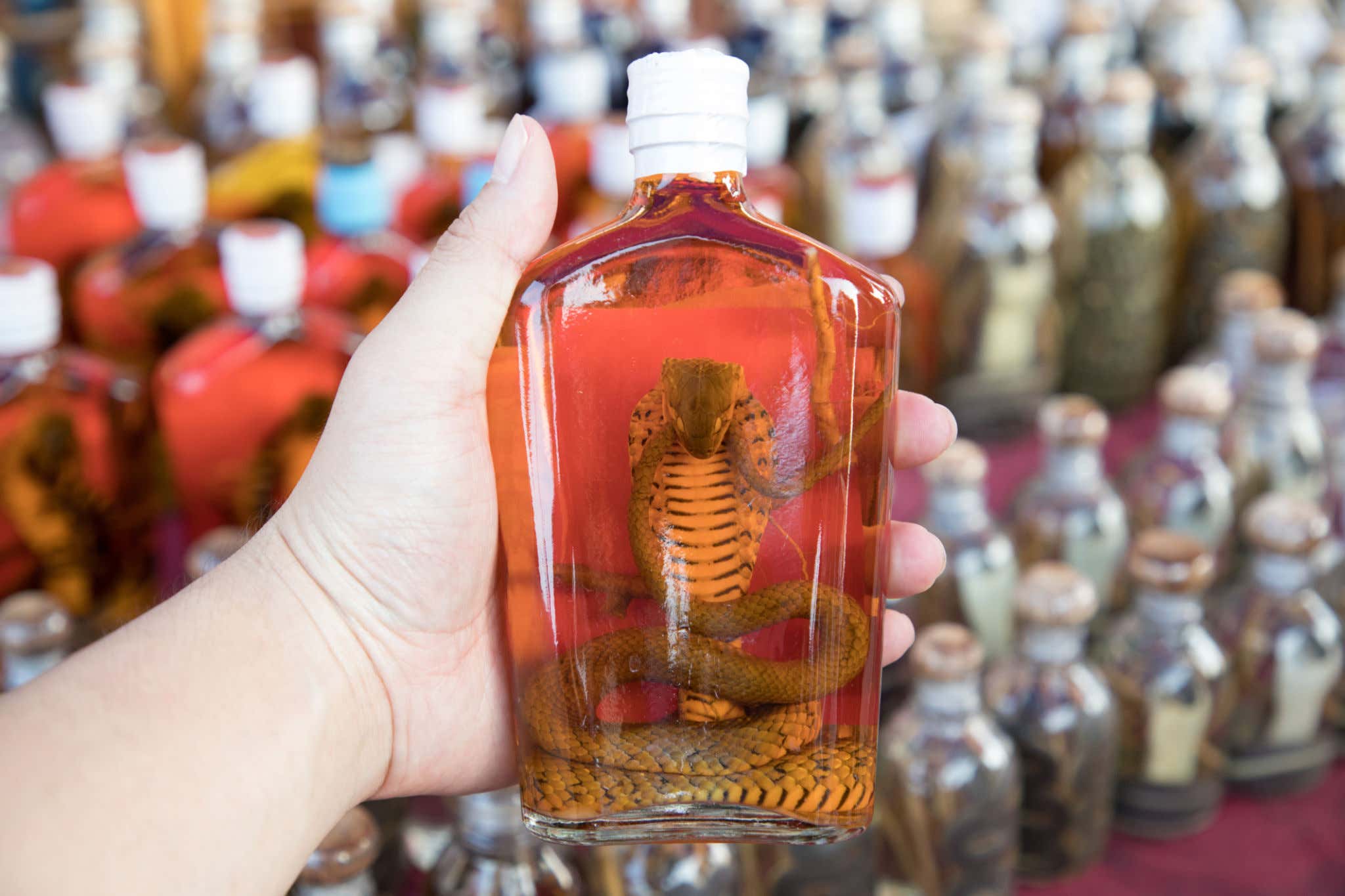 The 'Sourtoe' Cocktail: Established in 1973, at Sourdough Saloon in the Downtown Hotel Dawson, Yukon Territory, Canada. The Sourtoe Cocktail has become a Dawson City tradition, and is exactly what is sounds like: an actual human toe that has been dehydrated and preserved in salt, used to garnish a drink of your choice.

The first toe is said to have belonged to a miner and rum runner named Louie Liken, who had his frostbitten appendage amputated in the 1920s. Liken preserved it in a jar of alcohol in his cabin for memories, and roughly 50 years later (1973) Yukon local Captain Dick Stevenson found the jar containing the toe while cleaning a cabin. Captain Dick brought the toe down to the Sourdough Saloon and started plunking it into the drinks of those who were brave enough. Thus, the Sourtoe Cocktail Club was formed.

Unfortunately, the original toe lasted only seven more years after its' discovery. According to the Sourtoe Cocktail Club, in July 1980, a miner named Garry Younger was trying for the record. On his thirteenth glass of Sourtoe champagne, his chair tipped over backwards, and he swallowed the toe. Sadly, toe #1 was not recovered.”

Since then, seven more toes have been donated to the bar:

Toe number two was given after an amputation due to an inoperable corn.

Toe number three came from a victim of frostbite, and was also accidentally swallowed.

Toe number four was an anonymous toe, later stolen by a hunter.

The fifth and sixth toes were donated by a Yukon old-timer in return for free drinks for his nurses.

Toe number seven was an amputation due to diabetes.

Toe number eight arrived in a jar of alcohol with the message, “Don’t wear open-toe sandals while mowing the lawn.”

On August 24th, 2013, a man ordered a Sourtoe shot, swallowed it, paid the $500 fine, and promptly exited the saloon. This is the first and only time the toe was deliberately consumed, and as a result the fine has been increased to $2,500.

In June 2017, the toe was stolen, and later returned via mail to the owner.

The rules have changed in the past 27 years. The Sourtoe can pair with any drink, but one rule remains the same: “You can drink it fast, you can drink it slow—but the lips have gotta touch the toe.”

Take a look below, are you brave enough?