For years, KISS fans believed that the band’s name was an acronym for “Knights in Satan’s Service.”

They have to change their logo when performing in countries like Germany and Israel, places where any and all Nazi symbols are outlawed. This is because the double lightning bolt-shaped S’s in the KISS logo were also used by Nazi Germany’s Schutzstaffel during World War 2—a paramilitary organization under Hitler himself.

Rumor: Gene Simmons had the tongue of a cow grafted onto his tongue to lengthen it. Turns out that's false, he just had a long tongue. 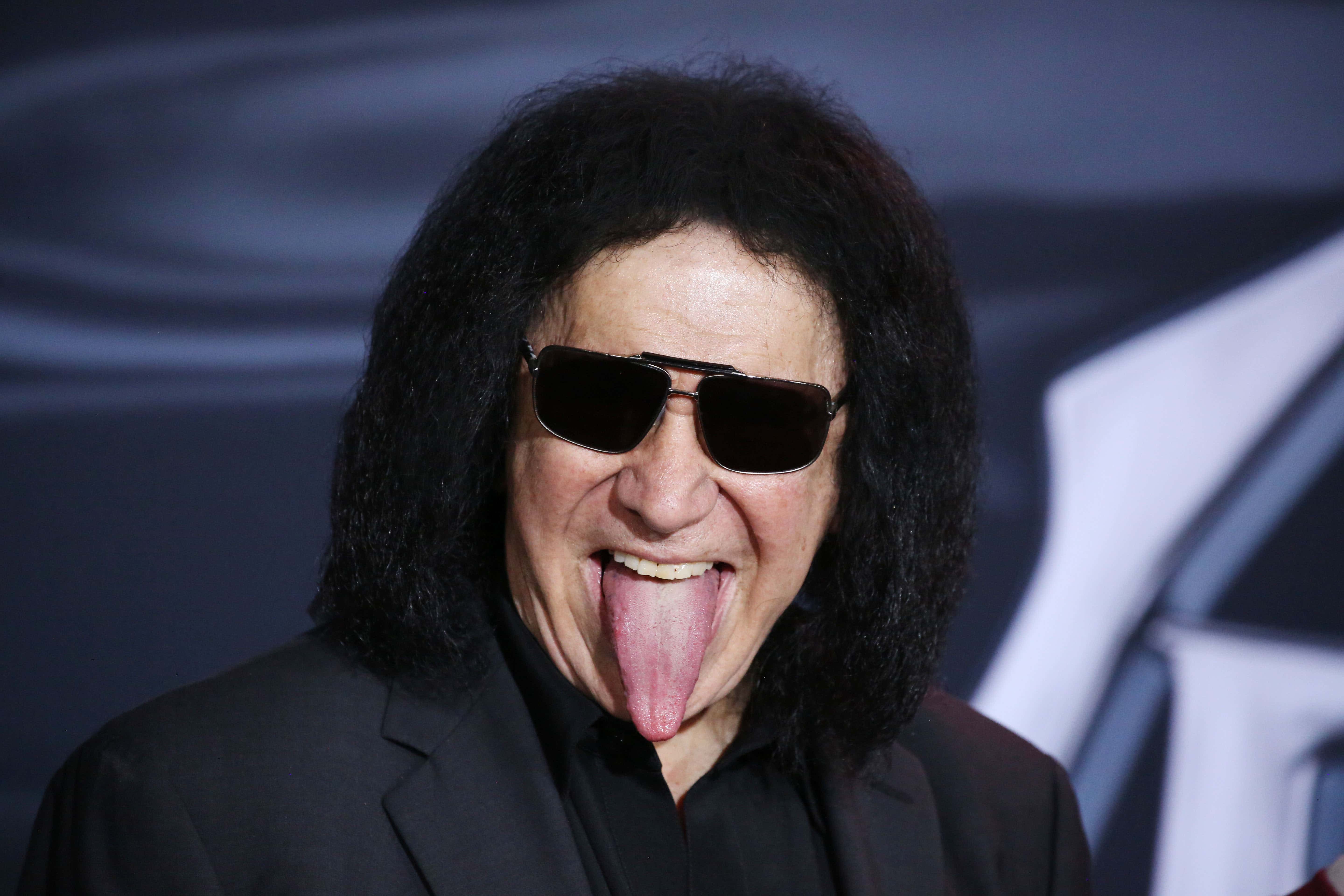 Kiss once owned an Arena Football league team. Between 2013 and 2016 when the team folded, Paul Stanley and Gene Simmons shared ownership of the team with manager Doc McGhee. The team played their home games at the Honda Center near Anaheim, CA. which they shared with the famous hockey team, the Anaheim Ducks.

The red ink used in the first KISS comic book published by Marvel Comics had blood from the current members mixed into it. 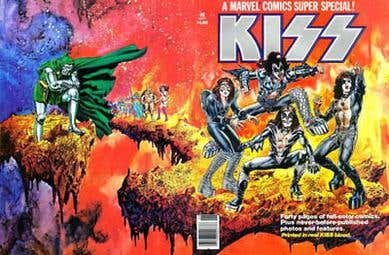 Gene Simmons' mother Flora Klein was a Hungarian Jew born in 1927. She survived the concentration camps during the Holocaust, even though most of her family was killed. After the war, Klein moved to Israel, where she married a carpenter named Feri Witz and gave birth to her son, Chaim (who would later go by Eugene, or Gene for short). After Feri abandoned his family, Flora moved to New York in 1958.

Unlike many of his rockstar peers, Gene has never been involved in alcohol or illegal substance abuse thanks to the lessons he learned from his mother. But, he also claimed to have fucked nearly 5,000 women. ⬇️

Dated 'Cher' from 1979-1980. He asked Cher’s best friend Diana Ross for advice on a Christmas gift, and then started banging Diana Ross. Dated Diana Ross for 3 years and in all their pictures together, Gene is covering his non-makeup face: 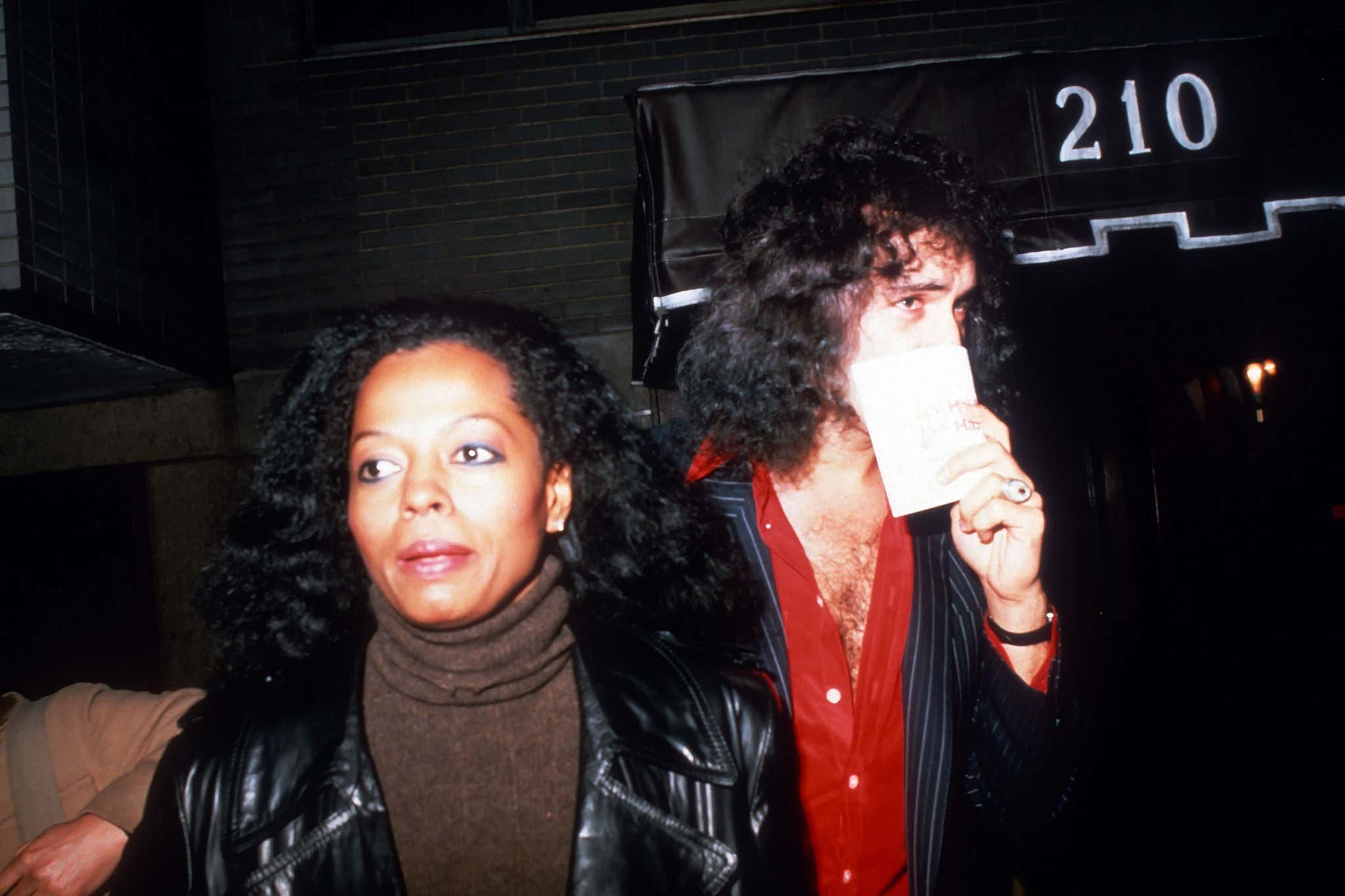 A former stripper turned 'Playmate of the Month' of February, 1977. They only dated for a short stint and Stowe bounced around Hollywood, until she moved to Fort Lauderdale, Florida, in 1986. She returned to stripping and drugs, eventually forcing her into prostitution to survive.

On March 16, 1997 she was found strangled and dumped behind an Eckerd pharmacy. Another prostitute named Sandra Kay Walters had been strangled in the same manner weeks earlier. Police believed both women had been victims of the same assailant.

When two more strangled women turned up in 1999, what had been a strong theory became an ironclad certainty. But then, the crimes stopped. Since 1999, there have not been any new killings fitting the MO of the previous strangulations. Today, the cases are still unsolved. 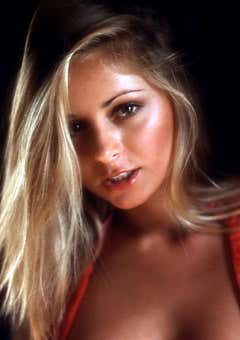 Tracy Lee Tweed is the younger sister of Shannon Tweed who was married for a short period of time to the brother of Diana Ross (who Simmons dated in the early 1980s) The sisters were even featured together in the May 1991 edition of Playboy: