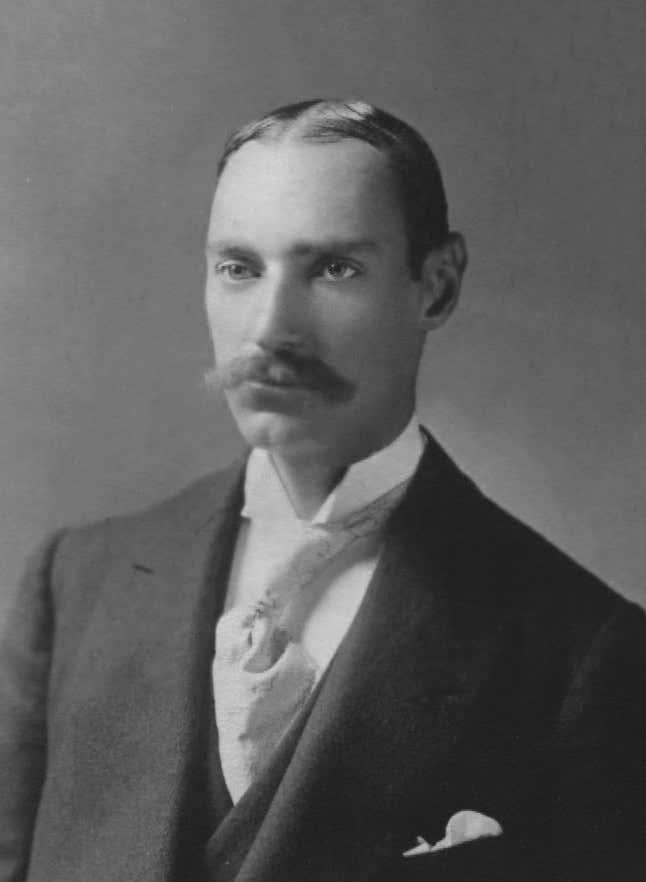 -Richest man aboard the Titanic, worth about $2B in today's money

-After the collision, he was rumored to have said “I asked for ice, but this is ridiculous”

-He was presumably crushed by one of the four smokestacks as they fell. His remains were covered in coal soot.

First Officer William Murdock was the one who decided to steer away from the iceberg, but many say that this probably wasn’t the right call. Instead, it would have been a better idea to take the iceberg head-on. If this had been the case, it would have destroyed the bow of the ship with only two water-tight compartments would have been flooded instead of the 6 that were flooded as the ship turned, and exposed its whole starboard side.

If only two compartments had been flooded, this would have given the ship a MUCH longer time-frame to evacuate and likely would have even granted them enough time to even wait for help.

Large and Chief discuss The Titanic disaster this week on the podcast. Also, an extra at the end on The PS General Slocum.

Big Thanks to Sam Martin, a 20-year-old Finance major at Lehigh University for the research.

The Titanic was deserving of 32 lifeboats; however the designers felt 32 would take up too much space on the deck, so they decided to outfit her with only 20 boats, causing the lifeboat evacuation capacity to fall from over 1,800 to just under 1,200.

The first-class had exclusive access to 8,000 cigars, 1,500 bottles of wine, and 20,000 bottles of beer. The last meal served before the wreck consisted of 11 courses.

Speaking of the wreck …It took 2 hours and 40 minutes for the Titanic to sink after hitting the iceberg. There was supposed to be a life-boat drill the day of the sinking, but it was not conducted. The reason for the cancellation is unknown to this day.

Some survivors reported that moments before the collision, they sensed an odd smell …this makes sense because the minerals in icebergs give off a foul odor, and this certain iceberg was no exception. Elizabeth Shutes claimed that the odor “smelt as if it came from a clammy cave."

Let’s talk Leo for a second…

Did you know that Leonardo da Vinci was tried for, and later acquitted of the sodomy of a male prostitute sometime in the late 1400’s?

Everyone would have known this little tidbit if it were Leonardo DiCaprio and not Leonardo da Vinci. I just think it’s a reflection of our cultural ignorance that I know exactly who’s been eating Gilbert Grape for the past twenty years or so, but I know very little about the man who not only created the Mona Lisa and The Last Supper, but also set the groundwork in fields like anatomy, civil engineering, optics, and hydrodynamics.

Google it: He drew a sketch now referred to as 'The Burlington House Cartoon' where, in the right light, a young Jesus’s arm looks like a penis resting under a young John The Baptist’s chin.

The 45 year-old DiCaprio will fill up his free time by banging 23 year-old actress, Camila Morrone… AND to show just how far Morrone’s sexy gold-digging apple did not fall from the tree, Morrone’s mom is 44 year-old actress, Lucila Solá, who was dating 80 year-old, Al Pacino.

To put that into perspective, Solá’s dad is a very old and accomplished attorney in Argentina, who is also 3 years younger than Al Pacino.