The Lowering The Bar Tournament road to the finals is shaping up after we've seen match-ups between PFT/Billy Football ,Smitty/Mrags ,and now Alex Bennett vs Jordyn Woodruff. The last match of Round 1 between Kelly Keegs and Tommy Smokes airs tomorrow 6/15 and does not disappoint, but first a break down of episode 3 ...

Alex and Jordyn have worked closely together as co-hosts on the Mean Girl podcast, always working as a team for the same goal.  Episode 3 of the Lowering The Bar Tournament was the first time these two have gone head to head in competition, and neither was ready to let the other win.

I've watched a million cinnamon challenge videos in 2012, and I don't remember anyone ever winning. Jordyn dominated the challenge, which I noted and used as a scouting report for Barstool's Most Dangerous Game (a reality show airing the month of July.)

The physical challenges didn't give Jordyn problems, it was the mental fear of calling and pitching Dave.  Even if Jordyn didn't pass, it would have been hard to win against Alex. Alex didn't underestimate her friend, and realized the only way to beat a mean girl is by being being an even meaner girl.

In a tournament where money is the incentive, it would make sense for Billionaire Bennett to have zero motivation. Instead, Alex woke up like she was broke and the rent was due. After collecting $1,100 in Round 1, the highest amount so far, Alex is now on everyone's radar. Electrocution, extreme heat, disgusting food, and showing no fear in the face of calling the Boss on vacation. Alex went up against about everything the bar can throw at her and she played it perfectly. As of now, the tourney is Alex Bennett's to win …

The final episode of Round 1 comes out tomorrow (Keegs vs Smokes), and then it's on to the semi-finals where the challenges will only be more ridiculous and disgusting than Round 1. Who will survive? Find out during the Lowering The Bar Tournament … 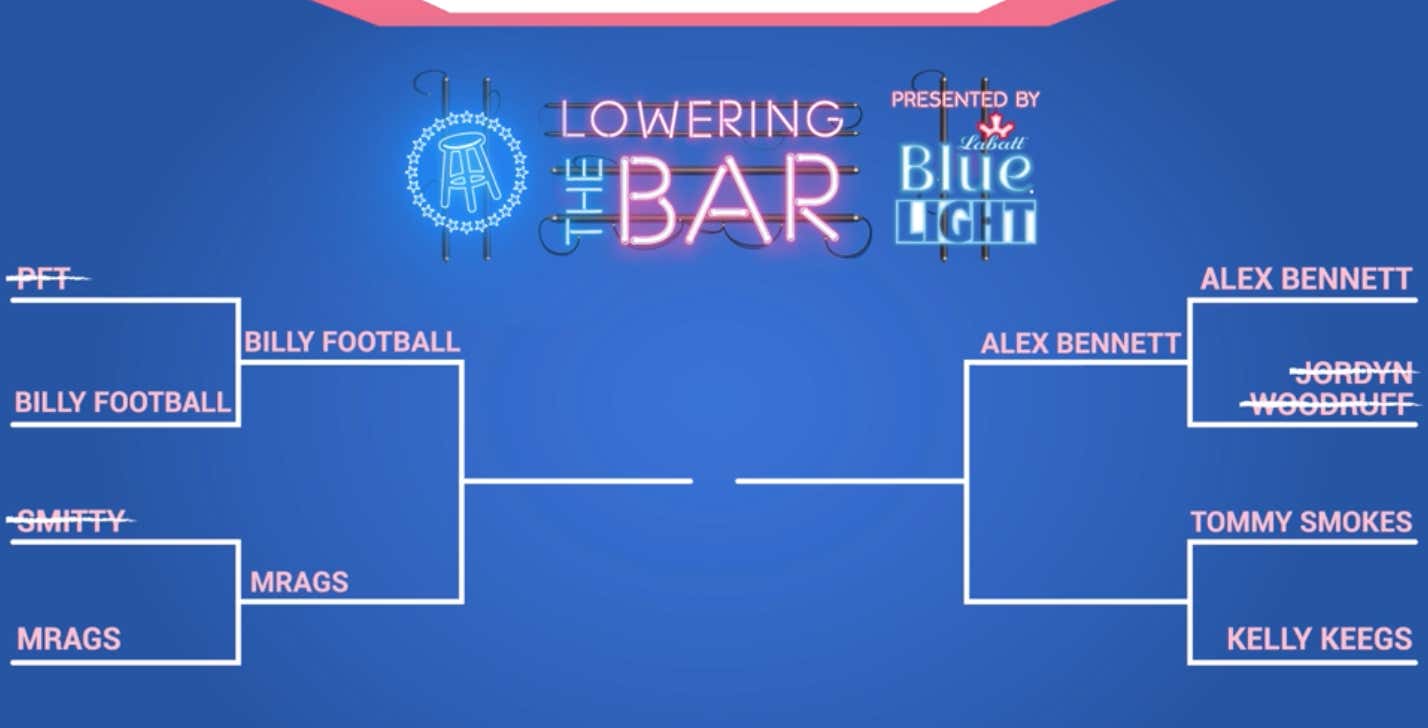 lowering the bar the tournament+ 4 Tags