The Lowering The Bar Tournament road to the finals is shaping up, and after the first two match-ups between PFT/Billy Football & Smitty/Mrags the first semi-final match is set. BUT, there is still a lot of tourney left at halfway through Round 1 with a Mean Girl vs Mean Girl match-up (Alex vs Jordyn 6/13 release) and Blue Wine's Revenge (Keegs vs Tommy Smokes 6/15 release.)

The first episode was nerve-racking because you've put a lot of work into the show, and now you have to hope you've set everything up perfectly. With a million moving parts, you aren't going to do it perfectly and you have to adapt on the fly. Something we didn't think about was getting a peanut gallery in the office for a 10am filming is ... tough.

Is this the first crew I would have picked? No. Would I die for this crew? Yes. At one point I noticed Big T looking so miserable on the couch that I almost stopped the show to ask if he was okay, but after filming wrapped he said that he had a great time. As someone with "Resting Suicide Face" myself, I understood. Thanks Big T and Riley for stepping up and filling in. 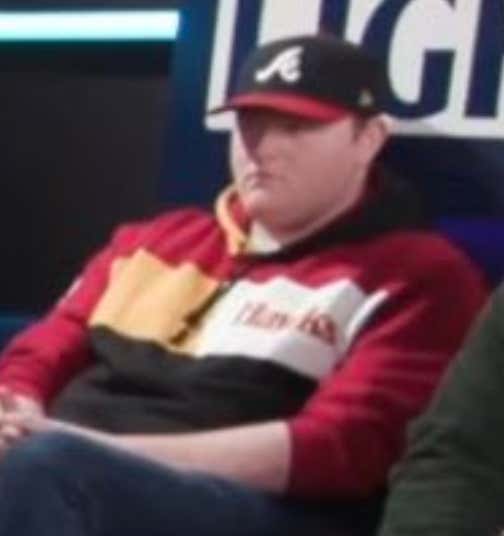 I'm not afraid of spiders, but I am afraid of the spider handlers. There isn't a critter guy on this planet that isn't completely off the reservation. Our tarantula handler collected his spiders from people who passed away and now he fosters them. That was creepy, but all I could think about is how the handler looked like Nick Turani in 20 years. Unfortunately, this is the only picture we have of the handler… 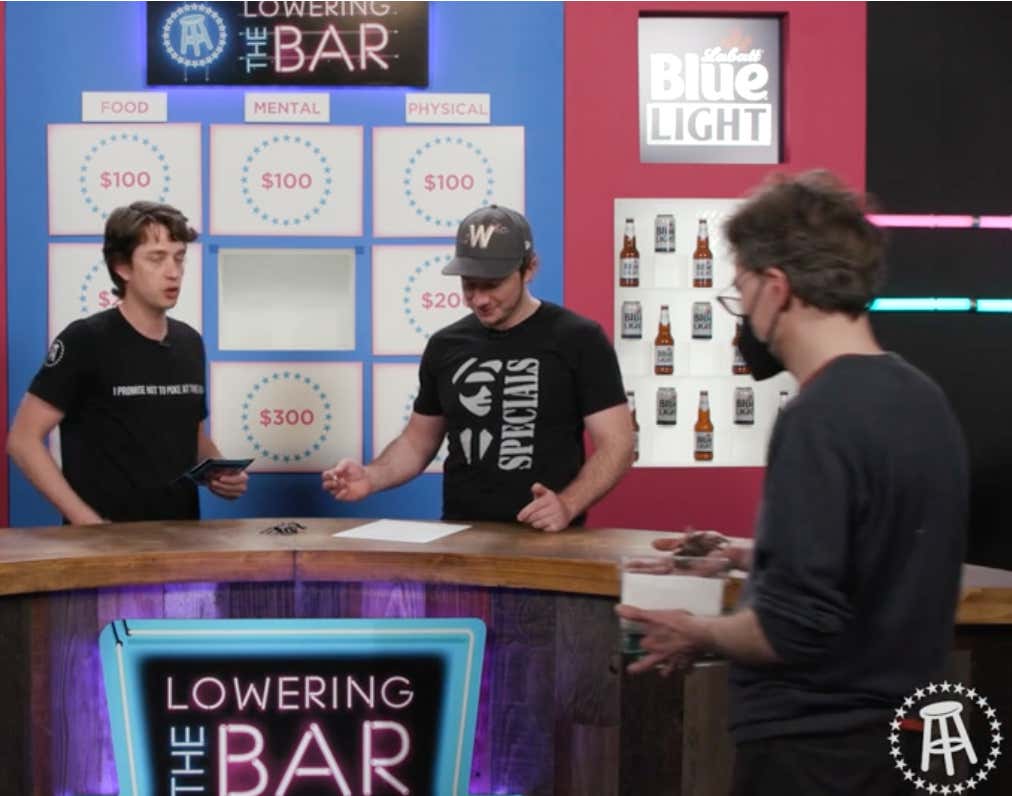 PFT came into this competition with one mission, inflict as much pain on Billy Football as possible. Some people just want to watch the world burn. PFT started off strong by getting into Billy Football's head, but in the end it came down to a bum shoulder and an air pod falling out.

Billy Football is a fan favorite to win this tournament due to his ability to go berserk and steam roll through the competition with sheer grit. Challenges involving brain power might not be Billy's strong suit, but in round 1 he managed to dodge breaking a mental sweat while collecting $500 in a win over PFT.

Billy Football faces with winner of Episode 2 (Smitty vs Mrags) in the semi-finals, but first the rest of the bracket must be completed. Monday 6/13 Alex Bennet vs Jordyn & Wednesday 6/15 Kelly Keegs vs Tommy Smokes. See you tomorrow.