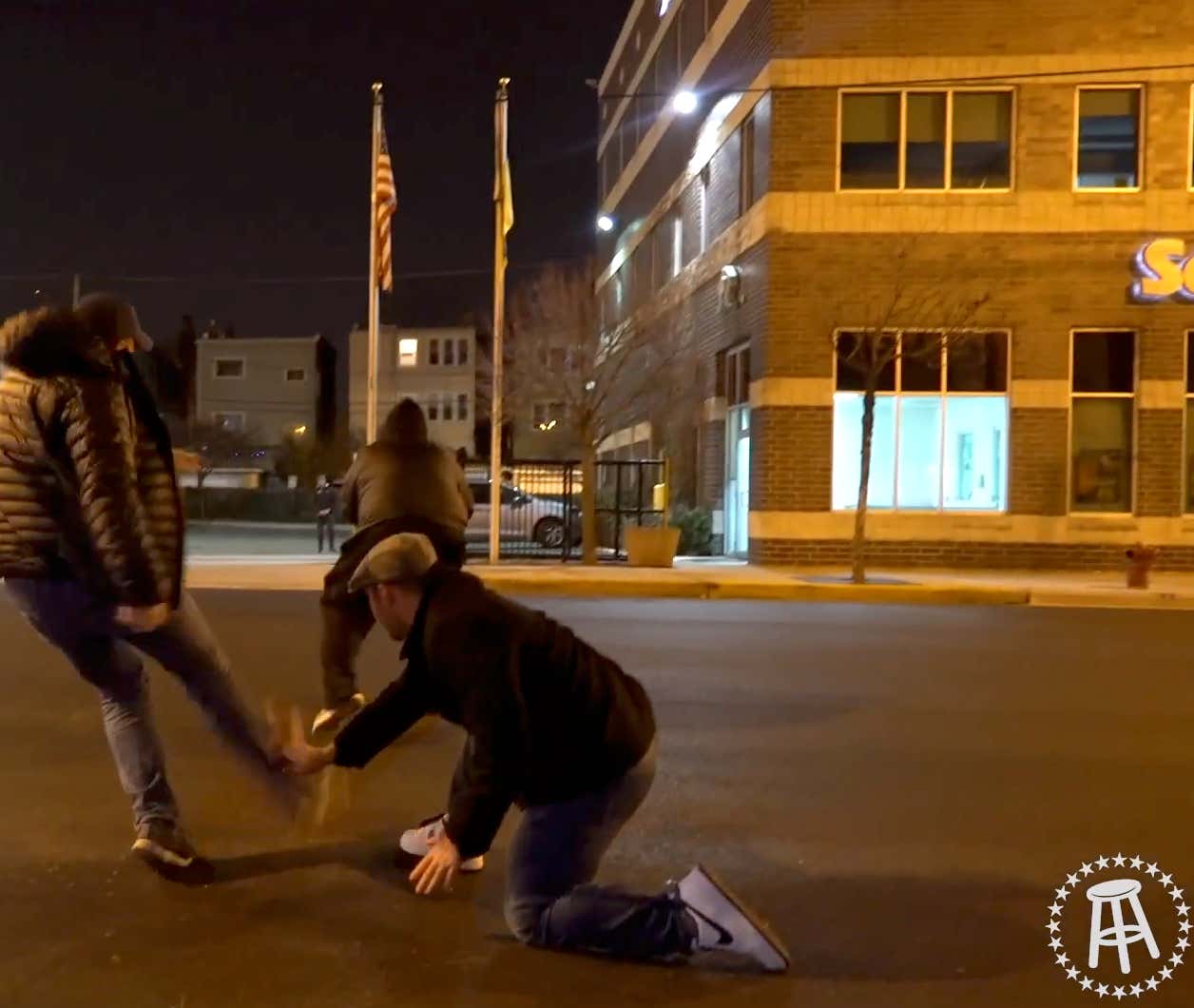 The Bears are in 1st place but that doesn’t mean there isn’t room for improvement. After watching Cody Parkey log 4 upright bangers yesterday I think it’s safe to assume the kicking game is one of those improvements. So the red line crew did what it does so well – we took the initiative. We hosted an open kicking tryout for the Chicago Bears in the Ukrainian Village on Chicago Avenue outside RLR headquarters late Sunday evening. The results were SHOCKING.

Conditions were tough. The uprights were tight. Lots of buses and generally bad drivers putting our All Time longsnapper Eddie at significant risk. But overall the cream rose to the top as we found our Pony out of me Chief Dave and this random guy Lucas who was using the bank ATM when he decided to throw his hat in the ring. Watch the video for the official results. The Winner gets an all expense paid trip to Halas Hall for a 1on1 against Cody Parkey next Wednesday before Thanksgiving for right to kick at Ford Field.

Will Parkey keep his job?

Rumor: Jerry Reinsdorf Will Go To Hell When He’s Dead

Barstool Chicago Presents: Imma Buy You A Beef (with Lyrics)