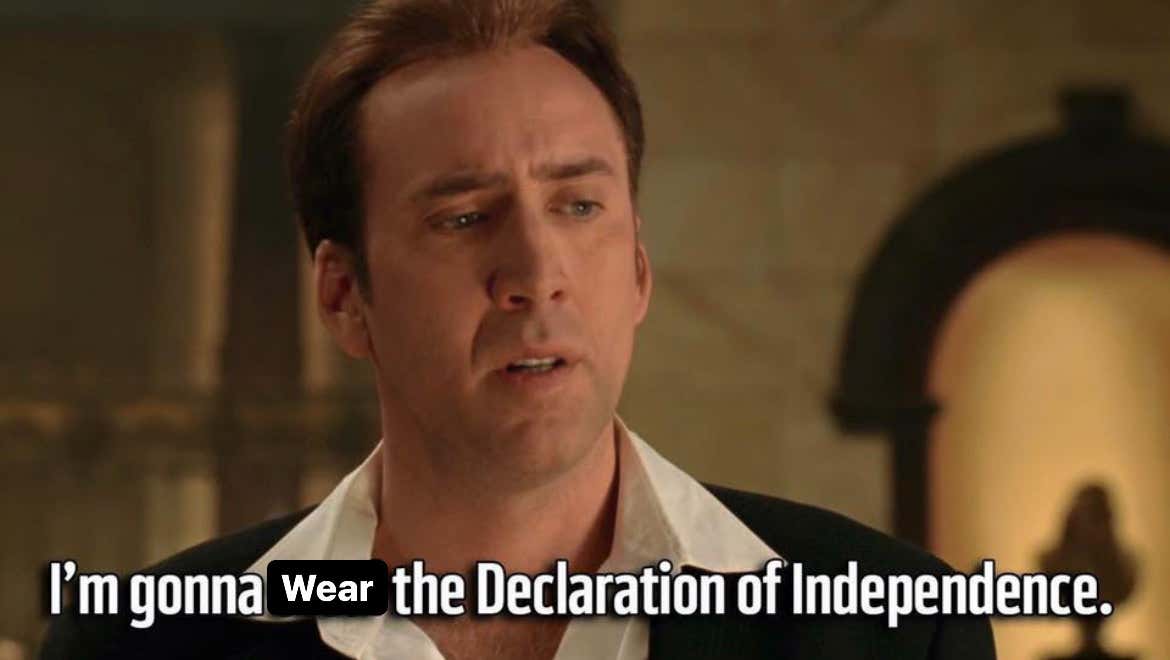 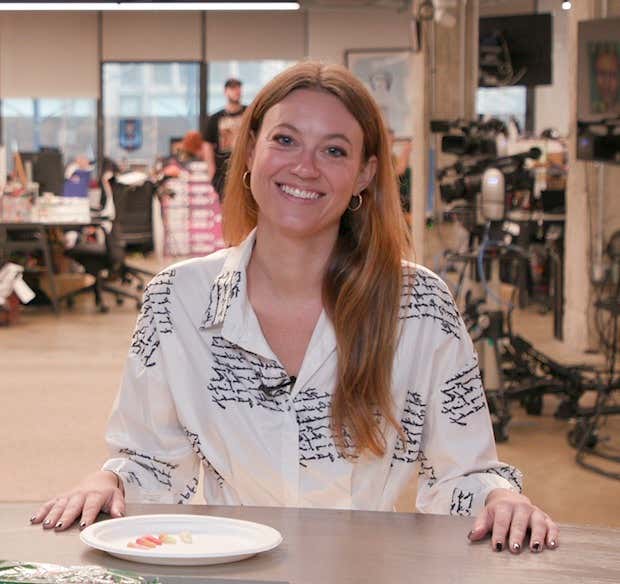 BOOM. ROASTED. Never wear a shirt with writing on it around me, because you know I'm gonna torch your ass. When Kelly Keegs steps up to the bar, it immediately turns into Def Comedy Jam. THIS SWEATER WEARIN' MOTHER FUCKER RIGHT HERE.

Little Loyalist Kelly drapes herself in the Declaration of Independence while filming Lowering The Bar and two days later the Queen dies? I don't believe in coincidence.

Attempting fashion at Barstool, and not wearing the typical uniform of basketball shorts and a backwards baseball hat, is like Homer Simpson being forced to wear a pink shirt into work. Whether you like it or not, you've attracted attention to yourself, and everyone is now in your business. One time at HQ 2, Frankie wore a somewhat stylish shirt from Urban Outfitters with polka dots and almost had to go home and change for being accused of letting Alright, Frankie fame go to his moon sized head.

There is nothing wrong with Keeg's shirt, but 100 times out of 100 times I will commit to the bit and go for the laugh. Now I'm just waiting for Kelly to step up to the bar and turn the tables like Eddy Murphy did to Dave Chappelle in Nutty Professor. War is on the horizon.

"I'm sorry man, it's just you're so funny. The way you take someone's personal defect and flip it around. That's … like you pick somebody in the room and say look at your foot and everyone looks. Oh, That's some funny shit man, you're on your way. You're going to the top"