The Lowering The Bar Tournament is in the books, and a King Of The Bar has been crowned. Thank you to the 8 competitors for answering the call to puke and embarrass themselves for a money, the production crew, and of course Labatt Blue Light. 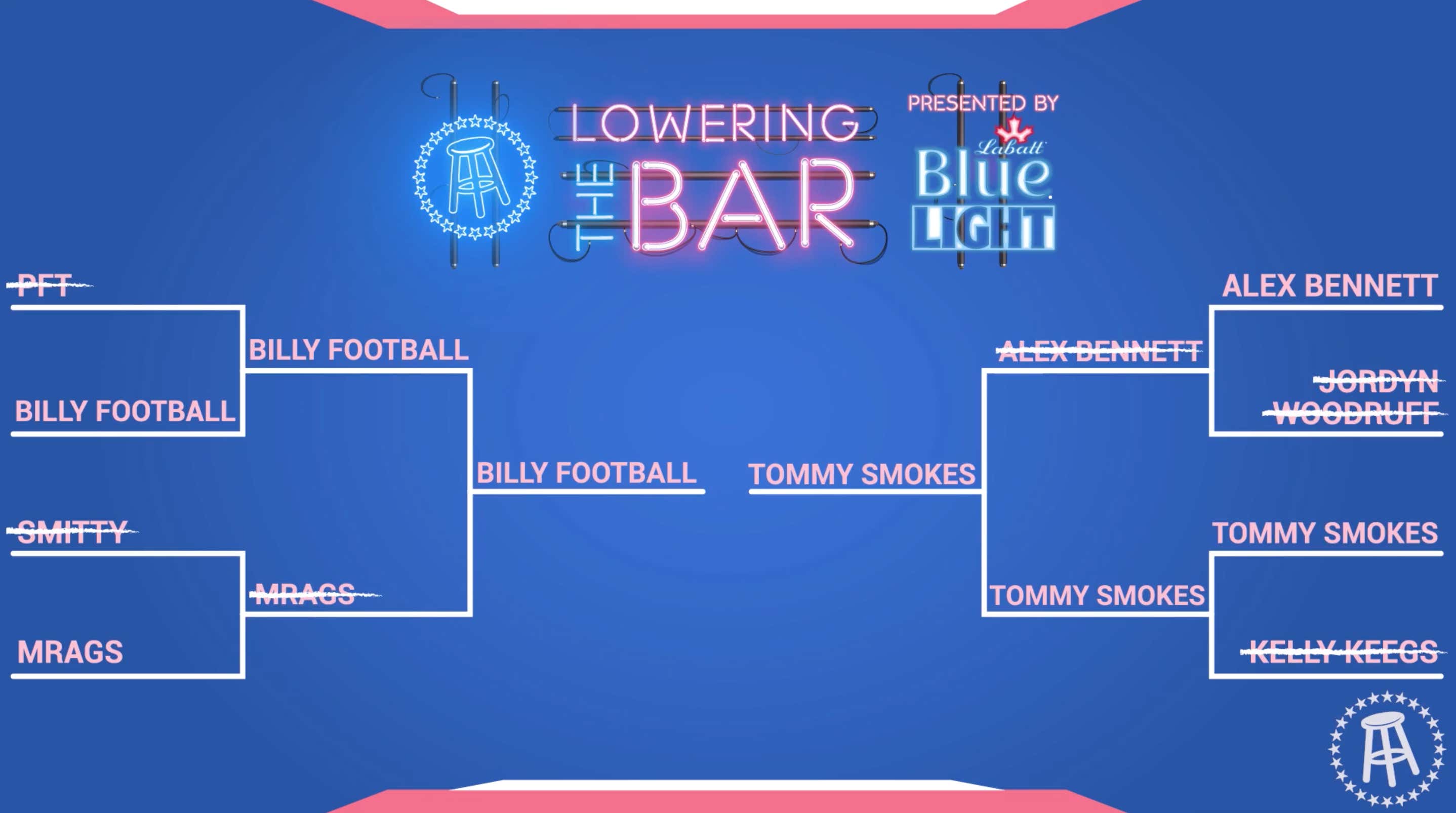 With no fear of creepy crawlies,  stomach lining melting food, or getting shot, Billy Football was the tournament favorite. The only thing Billy Football fears? The mother fucking government.

Billy isn't afraid to shave off an entire eyebrow, or break a promise to his sweet grandma by getting a tattoo. After some convincing, Billy managed to step in the batter's box and take a swing. The good news is any bar in Canada is now legally obligated to give Billy free Labatt when he presents the tattoo on the bottom of his foot. The bad news, Billy Football's girlfriend flew in to visit him the night of the championship match, and was immediately greeted by uni-brow Billy. PFT said in round 1 that Billy would struggle with the mental challenges, and in the finals remembering the lock number combinations was his downfall. Was Billy flustered from pushing his boundaries in the first two challenges? It's hard to say, but Billy not having enough gas left in the tank to eat pizza means something was terribly wrong. 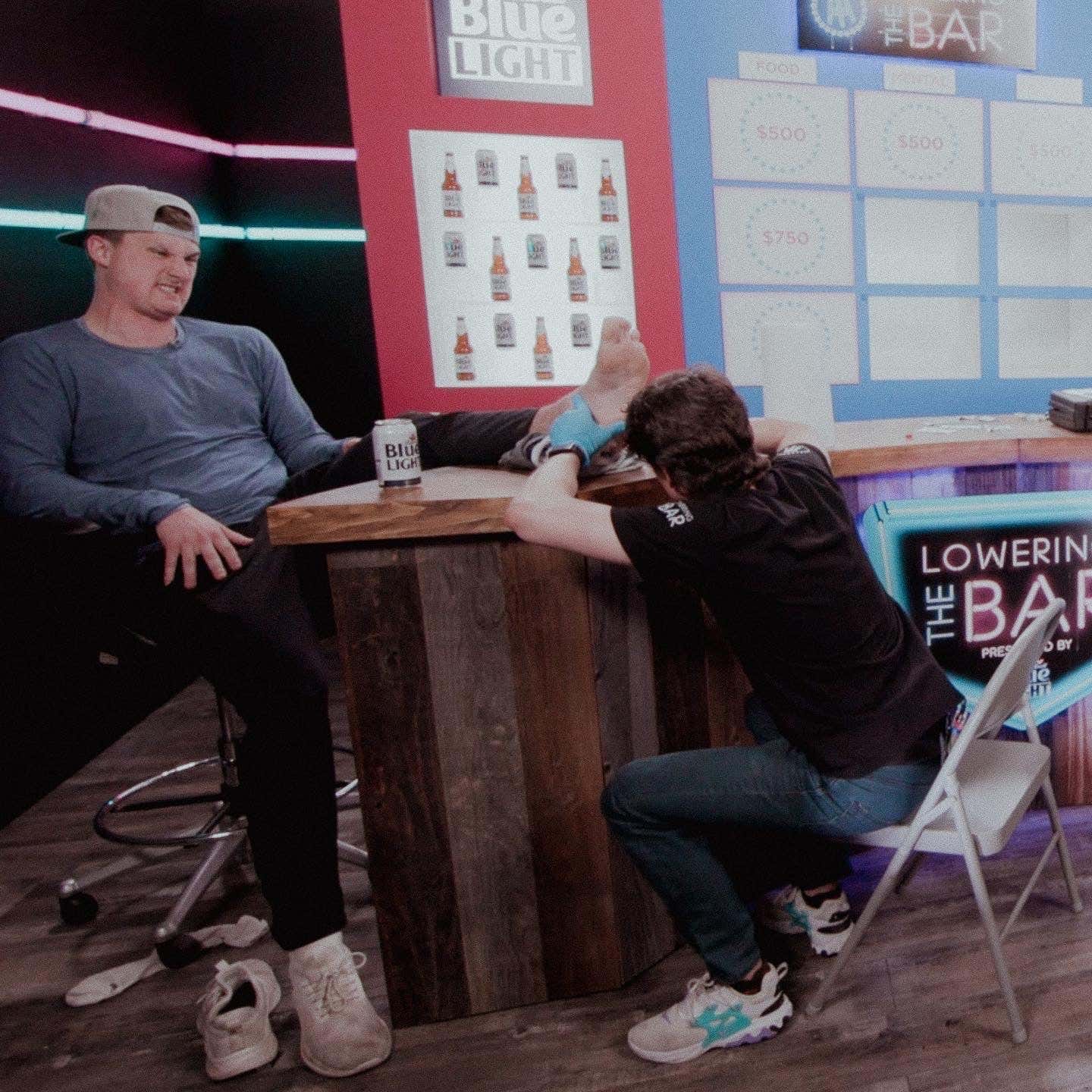 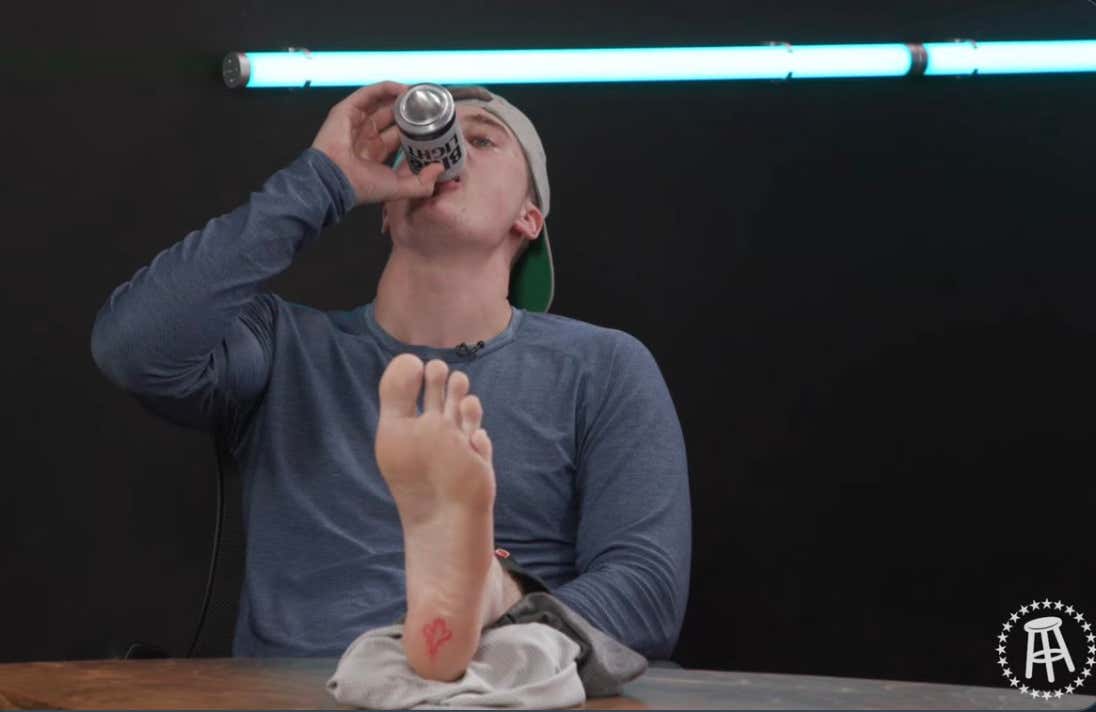 98% of the time when recording Lowering The Bar Tommy Smokes is the first person to belly up and every episode he attempts to say he won, even when there is absolutely no competitive aspect. Tommy lives his life as if it is a survivor highlight tape. Smokes is probably splicing in Surstrômming clips to his reel of winning Surviving Barstool and Dozen Trivia, so he can put it over the song Here Comes The Boom and send it to Jeff Probst like he's scouting 4A high school cornerbacks.

People will say Tommy weaseled his way into the finals and fell ass backwards into the jack pot. He sort of did, but give Smokes credit. Smokes won the closest game in Round 1 vs Kelly Keegs, in the semi-finals beat the biggest earner from in Round 1 (Alex Bennett), and then beat the tournament favorite (Billy Football) to win the championship. Billy went up against a guy who couldn't even eat one completely normal banana without puking.

It all evens out, and what Smokes did is impressive. Almost as impressive as eating an entire bowl of surströmming like it's a bowl of morning cereal. Surströmming smells like how Tommy looks with his shirt off, and I'm worried people will focus on Tommy's body jiggling as he was electrocuted and not how well he did with the world's most disgusting food.

Tommy Smokes manifested this into existence from day one, called his shot, and claimed his crown as King of the Bar. From Unfuckable to Unfuckwittable, this is Tommy Smokes world and we're just living in it.