Welcome to Lowering The Bar, the show where the rules are made up and the points don't matter. That's right, the points are like blue check mark's opinions.

The points on LTB do not matter (Sorry, Tommy) but integrity does. The most recent episode of LTB was a timed drinking competition that came with controversy as competitors attempted to Belichick / Earnie Adams the system and find loop holes.

Large was DQ'ed for bringing a switch blade to the bar. Illegal move for the drinking competition, and I'm about 99% blades like that aren't even street legal.

The real controversy was for first place between KFC and Kenjac. Are teeth a weapon? No more than hands. The rules never said you needed to use the straw, you just could not pierce the pouch from the bottom. While chewing aluminum and opening stuff with your teeth is technically "kid who wore cookie monster pajama pants to school behavior" it is a winning move - technically.

I believe Kenjac created a new way of competing. Like the Fosbury guy in the high jump who decided to start risking a snapped spinal column by flopping backwards over the bar.

That being said, I did promise an asterisks next to Kenjac's name to at least differentiate technique. Maybe one day there will be separate leagues, or everyone will adapt?

Until the league adapts, this is what the results will look like … congrats to Kenjac, but really KFC? 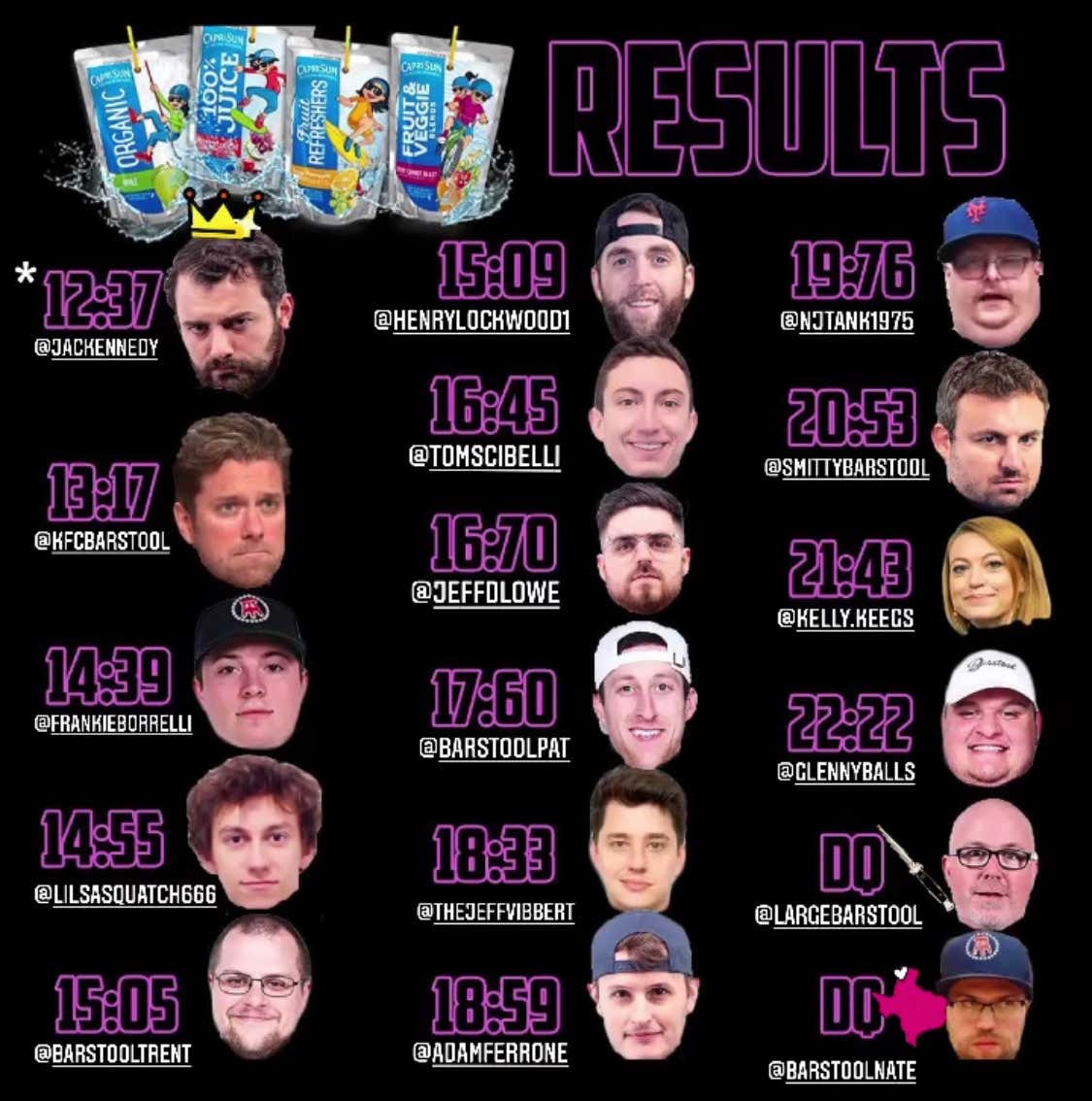 FINALLY Trying Balut - A Hardboiled Egg With A Duck Inside