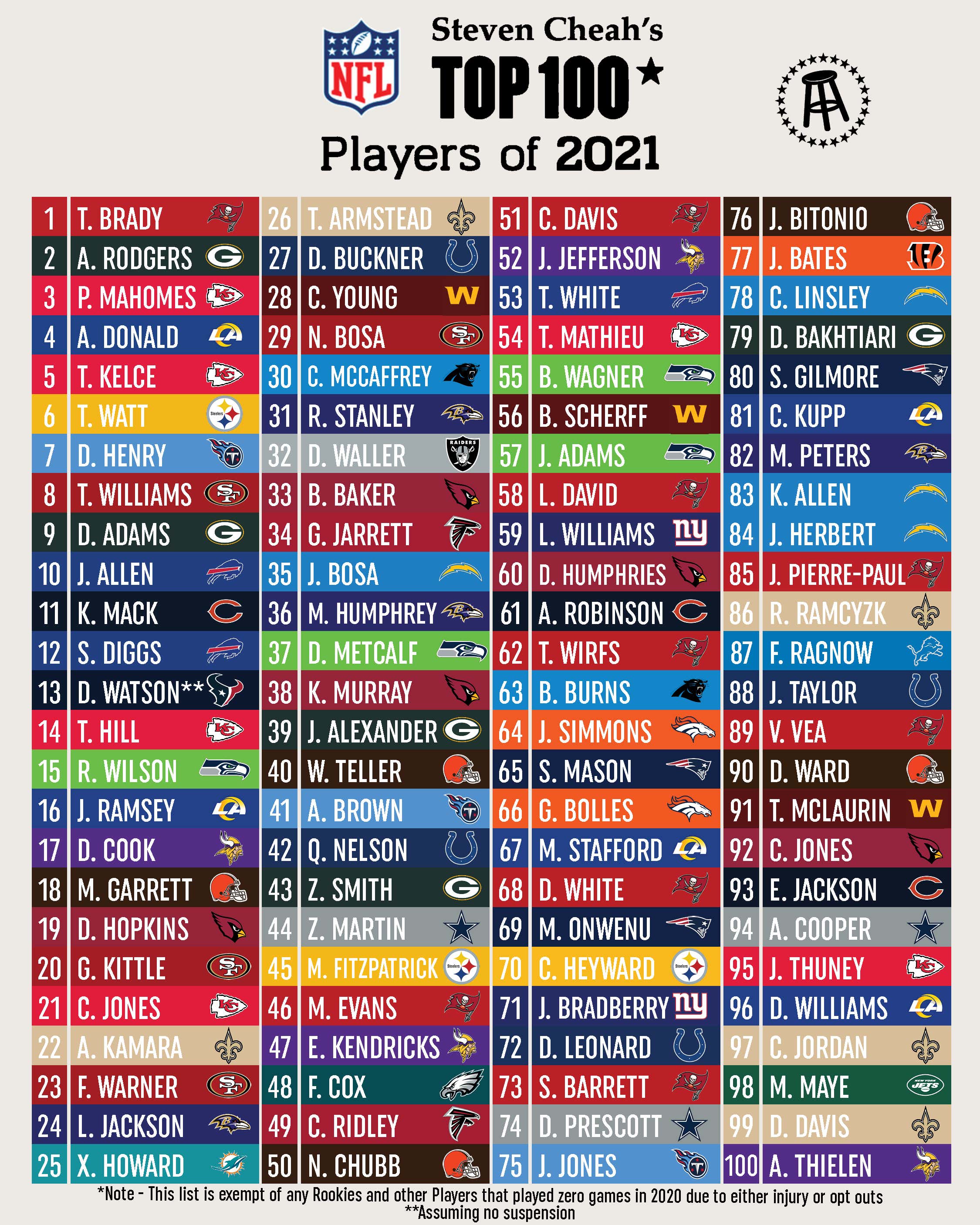 - I did run this list by a few people in/formerly in the league and took feedback. I moved around a bunch of players based on their advice.

- This list is exempt of any players who did not play last year due to injury or opt out. So Von Miller, Derwin James, Danielle Hunter etc. all not on the list.

- The players I'm getting the most flack for are:

If you want more reasoning on a specific player, I outline them all in the blog series. See here for full breakdowns:

A few other quick notes

Do I have anybody too high? Anybody too low? Or do you think there is someone who got snubbed? Let me know in the comments.