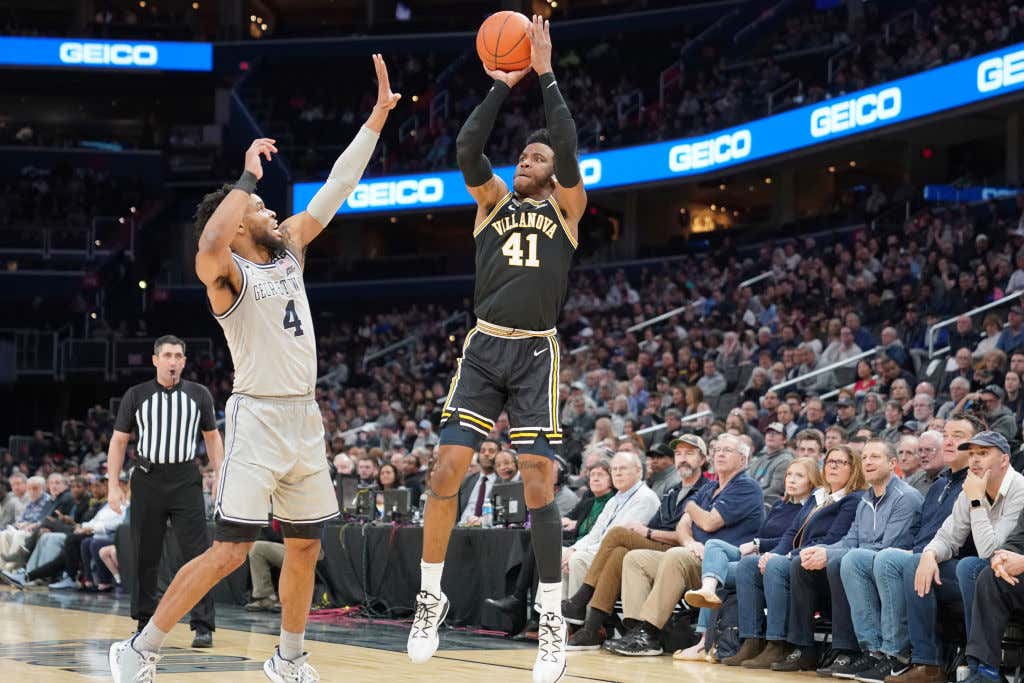 The search for the next Celtic through nothing but YouTube highlights rolls on with another popular name people sent in. No clue who he is but it seems like people want me to take a look so here we are. You can catch up on our previous prospects if you want, so far we've done Isaac Okoro (Forward), Kofi Cockburn (Center), Tyler Bey (Forward), Nico Nannion (Guard), and Aaron Nesmith (Forward).

Today? We dive into this fella

OK so here's the thing. The whole point of this exercise is to look at prospects that might be available for when the Celts pick. I decided to switch it up to that after doing Okoro because what's the point in falling in love with someone going in the top 10 when there's no chance the Celts end up with a top 10 pick. I'd say Bey is about as high as I'm willing to go, most mocks have him around 14 or 15, so my thought is maybe the Celts can package their 17 and some of their other billion picks to move up 2-3 spots. Not an outrageous idea in my opinion. But to anyone who sends in a name for future blogs, keep that range in mind. Alright, let's dive in

So right off the bat I have to admit, I sneaky love that this dude went to Villanova. I just feel like Villanova churns out solid pros year after year so that's an early check mark in the pro column. Much like Aaron Nesmith from yesterday, I love his size at 6'8. Watching those highlights this dude looks like a monster who is strong as hell at the wing position which certainly helps. Could this be a nice 3 + D type player for Brad to unleash? I don't see why not. I like his quick release and it seems like he's willing to put the ball on the floor and attack the rim which tells me he's more than just a catch and shoot player. Having said that, I don't hate his 45% from deep on 5.6 3PA a night. Good size and shooting is always welcome on this roster, especially since Brad doesn't give a shit about positions. If you have good size and can give me some shooting paired with some passable defense well that's all I'm looking for in a reserve wing.

I'm also seeing multiple instances where Bey is coming off screens right into his jumper like he's Ray Allen or some shit, and I'll admit I would love to add this skillset to the Celts offense. We don't really see those flare screens all that much anymore. I miss the days where guys like Eddie House, Ray Allen, and Avery Bradley would just run around and come off screens immediately into their jumper. Need that back in my life. I don't get the sense that Bey is the best athlete in the world, he doesn't jump off the screen as someone who is super quick or anything like that, but I am intrigued with how he can use his size to get into the midrange area. I am a well documented slut for a solid midrange game and we've seen what a good frame plus patience can do for Celtics players in that area. Just look at Jaylen.

Bey was 1st Team All Big East and a Wooden Award Finalist which is nice, and I would say his defense probably has the most room to grow, but that's OK. Brad can teach him how to defend. He doesn't have ridiculous handles it appears but again I'm willing to look past those things simply because of that release and his size. I am totally down with this team looking at legit shooting/wing depth in the first round of this draft, and Bey does check a lot of boxes in terms of skillsets that this roster needs.

Conclusion: IN on Saddiq Bey if he somehow falls to them or if they are able to move up a spot or two to get him since Ainge has picks to burn and not everyone can make the roster.