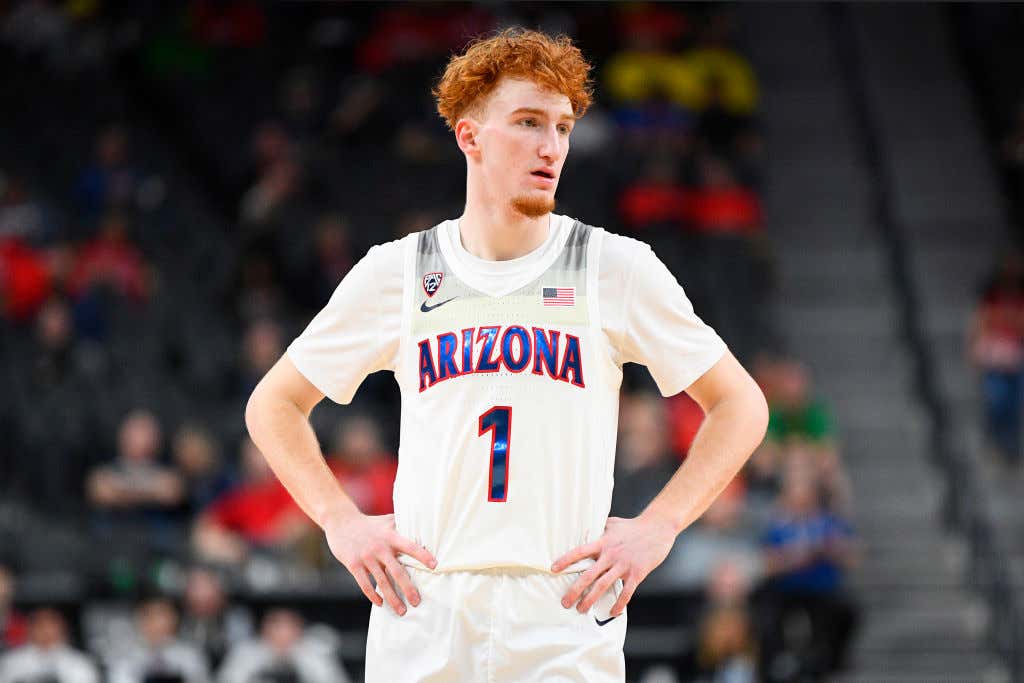 The time has come for our next prospect in our continuing effort to find the next Celtic through nothing but YouTube highlights. As of today we've done the following players

As a reminder we're only doing people who are projected to be somewhat in the ballpark of where the Celts are picking. So who do we have today?

Nico Mannion, welcome to the thunderdome! Using my trusty and extremely scientific mock draft search, it tells me he's slated to go somewhere in the middle of the first round, right around the Celts 17th pick so that fits what we are trying to do here. Here are the specs

Unlike the previous prospects of this series who were all people I had never heard of, I do know who Nico Mannion is. I remember reading some SI story about him when he was still in high school so this isn't a situation where I'm completely blind. I should also mention that the deck is slightly stacked against Nico in the competition for my heart for a pretty obvious reason. You see, I went to Arizona State. Can't stand Arizona. Shit, one of the biggest reasons I love Isaiah so much is partially due to his dagger shot against UofA in the Pac 10 tournament back in 2011

so Nico is already facing an uphill climb to convince me the Celts should add him to this roster. You don't have to agree, but I don't really care because this is my blog and my heart.

After watching those highlights, what did we learn? Well, for starters I feel like I saw all these videos of him being this crazy athlete in high school, dunking like crazy and all that, and I didn't get that sense at all watching those highlights. I feel like he wasn't blowing by any defenders which is a bit of a concern. Having said that, I'm ready to declare Nico possesses one of my favorite shots for a Celtics point guard, which is a money floater. Need a good floater from my point guard. Everyone from Rondo to Isaiah to Kyrie to Kemba has one and I saw enough in those highlights to determine with certainty that Nico has the type of floater game I'm looking for. Did you know 21.5% of his FGA were floaters? I didn't until I looked it up but it's true.

I'm also intrigued about his ability as a passer. Seemed like he was comfortable in P&R and has the vision to be able to make quick decisions and read defenses on the fly. Given how much this team runs P&R, I like that. My question is what type of shooter will he be, especially off ball. His 3P% wasn't all that great, but maybe that's just due to the types of threes he was taking or something. He did shoot 47% in unguarded catch and shoot situations which I'm a fan of, and while his form is a little weird I've been though enough Danny Ainge projects to not really care about that. I care more about his potential to develop as a shooter which it seems he has.

Look, we can be honest here. The Celtics reserve point guard depth and production is a glaring need. Some of the worst in the entire NBA and those are just the cold hard facts. I don't like having to type that but I can't lie about it. It's the truth and you know it. We know what Wanamaker is and he's a pending free agent. We didn't really see much of either Carsen or Tremont this season and while they have potential they are undersized. I could understand wanting to add another guard with some actual size to this roster.

Nico could be a guy that represents good value if the Celts are able to get him at 17 or with their later first round picks. There's a really good chance I would be way more in on Nico had he chosen any other school, maybe the other one in Arizona for example. But he didn't and I reserve the right to be petty.

Conclusion: OUT on Nico mostly due to his college choice even though I think he'll end up being pretty good because fuck UofA now and forever. Go Devils.

Given that this is the first OUT we've had, I'm pretty sure you can lock this in as a definite Ainge pick which means I'll have to spinzone the shit out of myself into liking it.