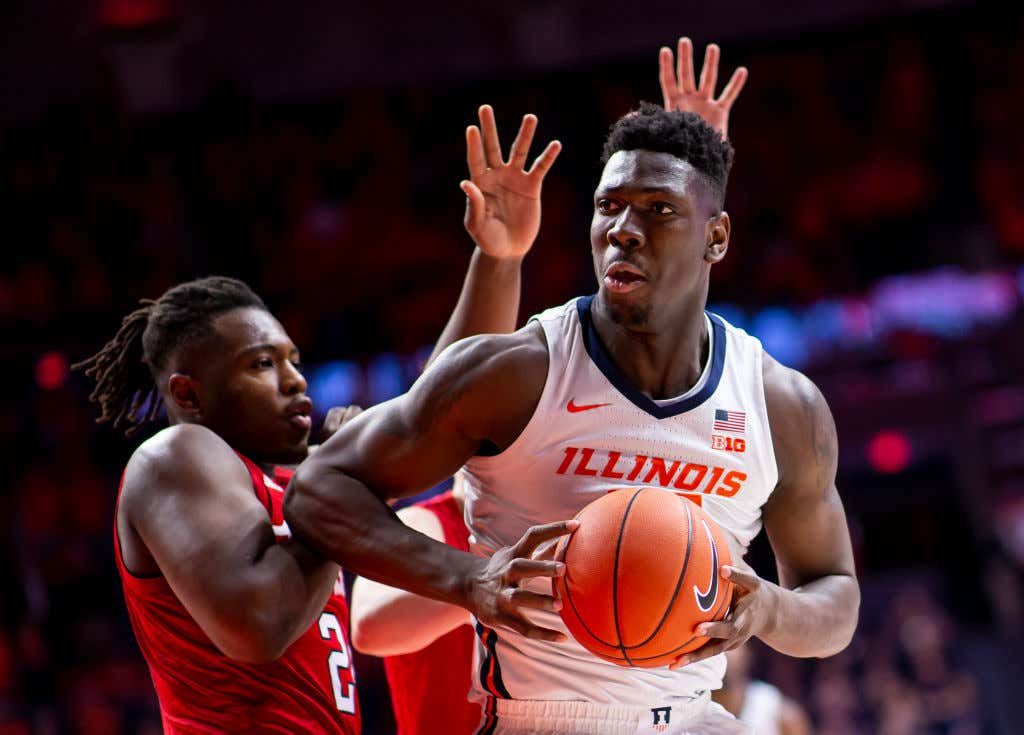 We're back today with our next Celtics draft prospect deep dive, but I have decided to make some adjustments from yesterday. For those unaware, as someone who has watched nearly zero college basketball this season, I am going to make all judgements on prospects through nothing but YouTube highlights. Each day I'll pick a prospect a stoolie tweets me and we'll have a look. Here's the thing though. I don't want names that are going to be like top 10 picks or whatever. I am trusting those of you who have watched college basketball to give me names that are projected to be around where the Celts are slated to pick. Their first pick is most likely 17, so let's set the range at like 14 and later. Don't you dare give me a name of a guy that I fall in love with through YouTube only to see he's projected to go like 6. That would be very mean of you to do during these trying times. So I think what I'm going to do is once I have a name in mind I'll google a mock draft and pick whatever comes up first and if the guy falls in that range we'll dive in.

I'm sorry but what the hell. Everyone who follows this team that also watches college basketball knows the Celts need a big man. I have to admit, I'm a little upset that nobody told me there was a 7 foot monster named Kofi Cockburn out there. What a name! I don't even need to see any of the highlights, I'm already in. I NEED Eddie Palladino to be yelling KOOFFFFIIIII COCKBURRRNNNN at the Garden more than I need air to breathe. So let's see what we have here

Based on what the internet tells me, this dude isn't even really on a lot of NBA radars. That tells me he is a candidate to definitely fall in the Celts range. Again I say that based on a quick google search but that's good enough for me. First takeaway from watching that video is I'm not a huge fan of the fact that his name is pronounced more like Co-burn than Cock-burn so that's unfortunate. I'll admit, that does take away some of the appeal if I'm truly being honest. My other initial takeaway is holy shit is this kid a goddamn monster. He just looks so much bigger than every other person on the floor and we're talking D1 players.

Offensively I'd say he's probably more of a throwback center, not a guy that's going to stretch the floor and knock down jumpers which is pretty important in today's NBA. But at the same time I think the Celts could use another massive body that just dunks everything. Pretty sure I saw a little jump hook in there too which was nice. I can look past the lack of a jumper due to the sheer strength Kofi appears to have. Dump it down low to him and let him dunk on everything in sight. He seemed to figure out how to be an effective roll man in P&R in a sense that he can simply out jump everyone and finish at the rim. Like that stoolie said, can you imagine a Tacko/Kofi front line? That would be intimidating as hell and frankly I need it in my life.

Can he protect the rim and rebound? Well he averaged 1.4 blocks and had a 5.3 BLK% so that passes the test for me, and his 21.7 DREB% is right where I want my center to be. You might wonder if that will translate at the next level, but I dunno man look at this dude. Who is blocking him out?

Kofi was named the Big Ten Freshman Of The Year, had a Ortg of 114 and Drtg of 93.2, and shoots 67% from the line which isn't exactly great but also not a complete disaster. Now in terms of what the Celts big man depth looks like Daniel Theis has a $5M non guaranteed deal which we can all agree will be picked up. Kanter has a $5M player option and that's an uncertain one for me, maybe he gets a better offer this summer from someone to start. Then there's Timelord and Tacko who are both still early in their development. Vinnie Sex Pants most likely isn't on the team next year I would say. By no means is this team loaded at the center/big man spot so if you're telling me they can bring this beast in with one of their lower picks, how could you be against that?

If we're talking second unit centers, I don't need them to stretch the floor and make threes. I need someone who is going to be effective on the glass, protect the rim, catches lobs and plays good defense. Based on this extension research, it seems like Kofi checks all those boxes.

Conclusion: So goddamn IN on Kofi Cockburn it'll make your head spin