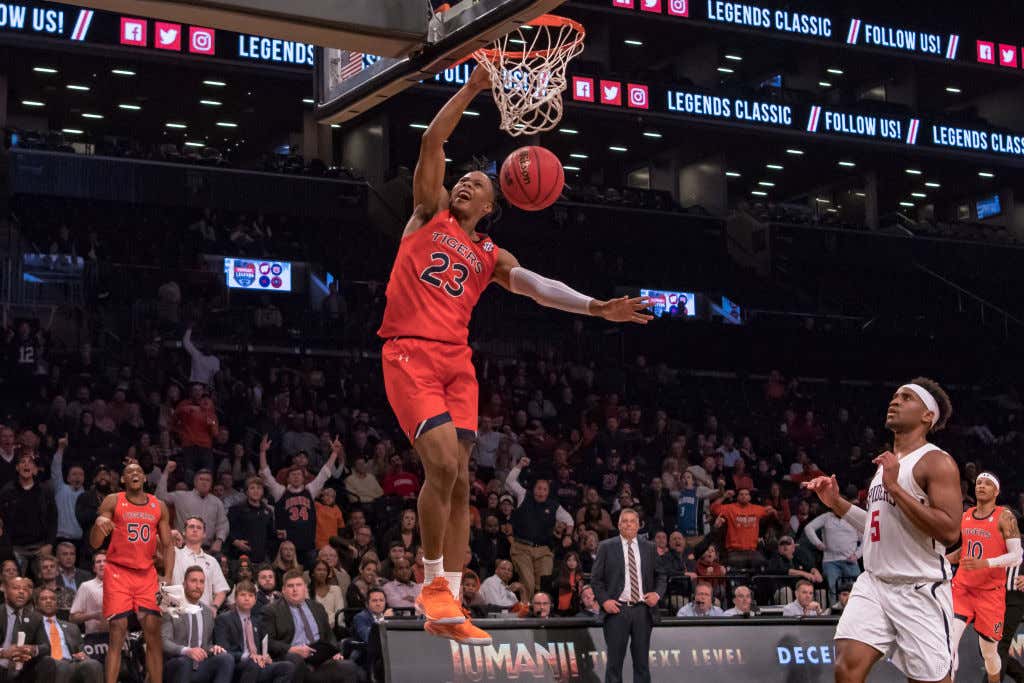 OK so here's the deal. We're all bored as hell right now. With reports that the NBA is updating their NBA Draft process and every day we get more and more announcements that players are declaring I had an idea.

You may be aware that once again the Celtics have no fewer than 10,000 draft picks in this upcoming draft. Logic says they should package some of those to either move up or trade them for future picks, but we all know that's not going to happen. See last year's draft. Danny Ainge loves those fucking picks more than you love your own mother. So, chances are he's going to be holding on to a few of those bad boys which means we as Celtics fans have to decide on who we want him to take.

Now I will admit, I have barely watched any college basketball this season. Some of the names people are tweeting me might very well be made up. Couldn't tell you who is good who stinks, any of that. But you know what I'm really good at? Making conclusions as a direct result of YouTube highlights. That's my wheelhouse. So that's all this is going to be. You want real in depth analysis I am positive there are different places you can go. You want someone to give you what his unbiased heart is telling him based on short YouTube highlights? Well I'm the man for the job.

So, who do we have up first?

OK you'll never believe this…..but I love him. Everyone knows in today's NBA you need as many wings as possible and based on my research here it looks like this kid is a two way monster. I also sneaky like that he only shot 28% from three, that's the Danny Ainge special right there. I see that he was All SEC/SEC All Defense/SEC All Freshman which I certainly don't hate. Based on this footage it sure seems like he can stay in front of quicker guards and has elite recovery speed. You're telling me I can have a plus defender who is a great athlete that has room to grow offensively? I mean I just described every wing Ainge has drafted over the last like 5 years.

Seems like he's an elite slasher who can finish around the rim, something this team definitely needs more of. I'm pretty sure I saw some playmaking in those highlights as well which I'll admit is making me blush a little bit.

Now you might think he's maybe a little redundant when you look at their roster, especially since they just drafted Romeo. My counter to that would be to look at the Celts second unit. Based off YouTube alone I can assure you I am interested in a Romeo/Okoro pairing on that unit next season. Why not? Think of a Smart/Romeo/Okoro/Grant/Timelord unit, who on earth is scoring against that? Nobody that's who.

Looking at the depth chart, there's Semi who has a team option for next year and then he's a UFA, Javonte Green has a non-guaranteed deal for next year, and outside of that there really isn't a ton of forward depth. It may not be the Celts biggest need, but a need nonetheless. I couldn't tell you where he's projected to go but it's probably pretty high. I'd be down to package a couple picks and move up in that first round from 17 to land this dude. If there's one thing Ainge has shown us recently it's that he has an eye for NBA wings, so why the hell not.

Conclusion: IN on Isaac Okoro