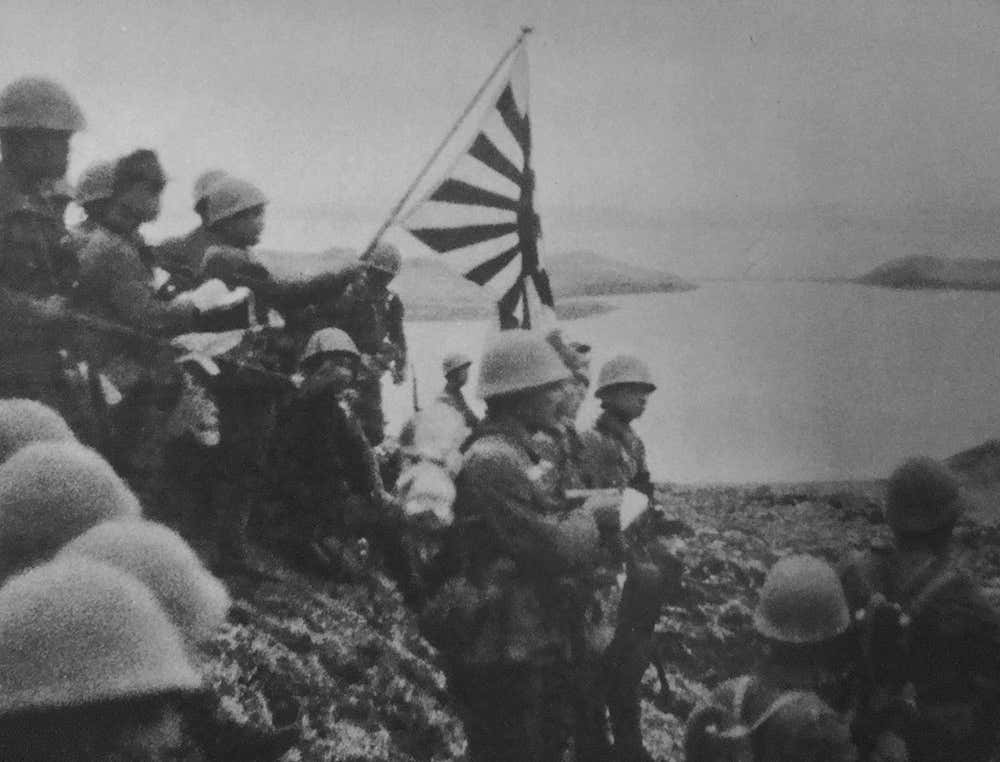 Dive #7:  A Massacre By The Mormons In Utah

TLDR: The Japanese invaded the continental US during WWII and held territory for over a year

If you're reading this, you're probably a fan of history. If you're an 18-35 year old dude reading this, then WWII is probably as big a focal point for you as it was for me growing up. One part of the war that I was not familiar with was the Aleutian Island campaign. I came to learn about it after getting a G.I. joe with a weird ass gun (M1941 Johnson machine gun), which lead me and my dad reading up and figuring out it was used by special forces involved in that campaign. Anyway, the campaign is fascinating for a number of reasons. Lets break it down!

In June of 1942, the continental U.S. was bombed for the first time in history when the Japanese ran a sortie on Dutch Harbor, Alaska. Their first attack was unsuccessful, but in the second they managed to damage the hospital, oil storage tanks and a barracks ship. Our air force tried to retaliate vs their fleet, but got lost in he weather. 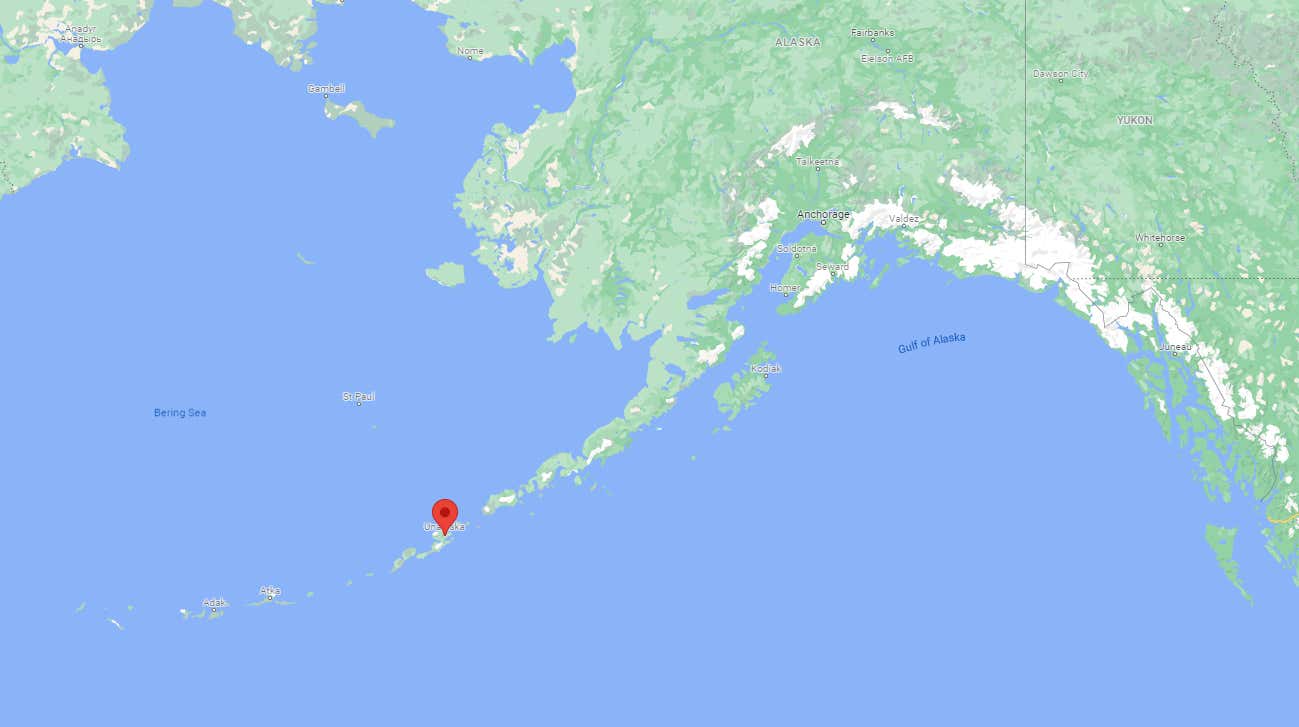 A few days later, the Japanese invaded and occupied the island of Kiska and Attu. This invasion was originally planned by the Japanese Navy in April of 1942 and later dumped because the Japanese Army had no interest in wasting manpower attacking barren islands in Alaska. Later that month, though, the Doolittle raid changed their perspective. If you're not familiar with the Doolittle raid, that is where the U.S. sent 16 bombers on a one-way bombing mission of mainland Japan as a way to break Japanese morale and boost America's. The Japanese saw the power in that, and greenlit the attack and invasion. 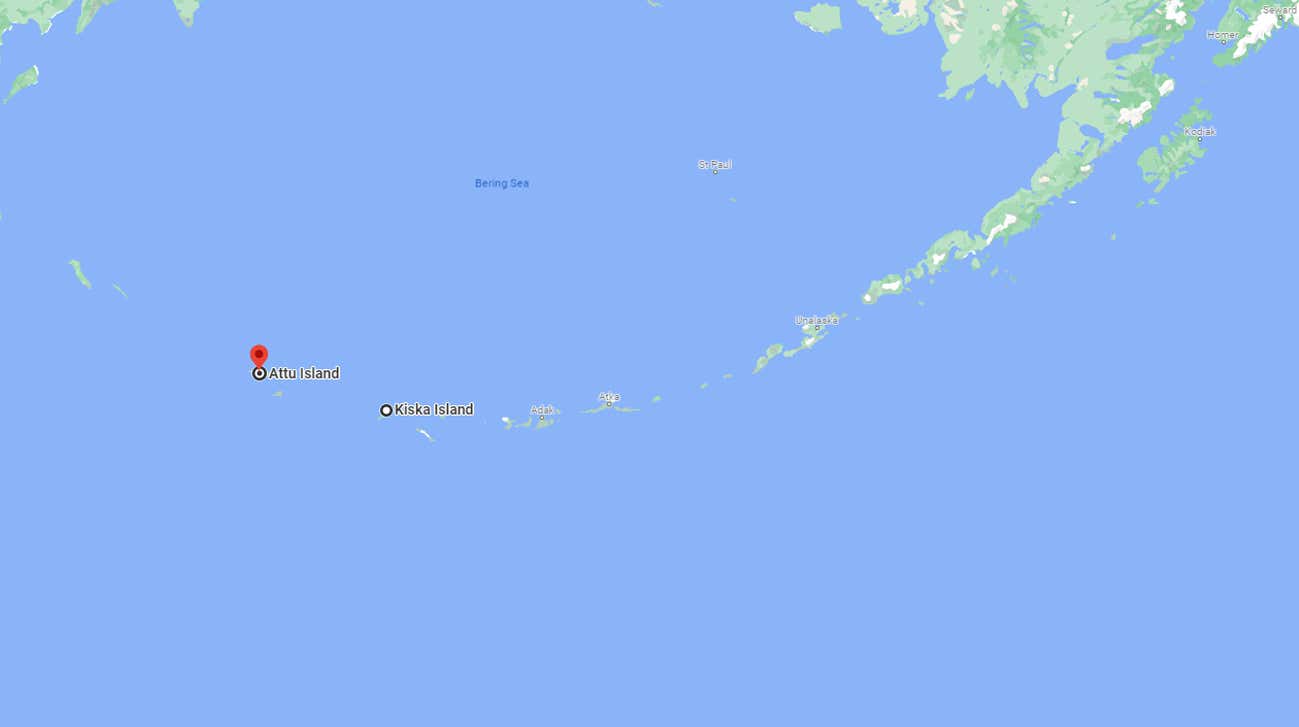 Kiska island was only occupied by 10 U.S. soldiers and 3 dogs(one of them named Explosion, which is pretty cool), who were manning a weather station. The Japanese landed 500 troops(The first time the continental U.S. had been invaded since the war of 1812) and killed 2 of the Americans, while one of them escaped into the wilderness. That man, William House, survived in the frozen tundra eating worms and plants for 50 days before surrendering. Attu island wasn't occupied by any soldiers, only native Aleuts(Unangax) and an American couple. The Japanese killed the husband of that couple after he refused to fix the island's radio that he had destroyed before the invasion. The Japanese took the 42 Aleuts and shipped them off to a POW camp in Northern Japan where 16 of them died. While this was happening, the U.S. had also evacuated Aleuts from nearby islands and sent nearly 900 of them to internment camps where about 1/10th of them died of exposure & general neglect. They weren't able to return to their homes until about 2 years after the war ended.

The Japanese built up fortifications on both islands, and the U.S. bombed both relentlessly. The troops on Attu were sent to Kiska in anticipation of an American invasion, and new troops went to Attu to build up the defenses more. The U.S. put together a task force along with Canada. This included a 2,000 man American-Canadian commando group that trained in Montana for winter warfare. Keep in mind that Canada had pledged not to send any troops overseas, but managed to make a "loopehole" out of the fact that the islands were part of North America. They later went back on that pledge, sending troops to Europe in '44.

on May 11th, 1943, the Allied task force of 15,000 soldiers attacked Attu. The 3000 Japanese defenders fought back, using a strategy you would see later in the island hopping campaigns. The Japanese commander didn't meet the landing forces on the beach, instead opting to dig in on the high ground further inland. They launched a final banzai charge once they realized no rescue was possible, and it turned out to be one of the biggest banzai charges of the war. They penetrated so deep into the American lines, that they encountered & surprised their rear-guard force. The Japanese force was almost entirely killed, with only 28 soldiers taken prisoner. 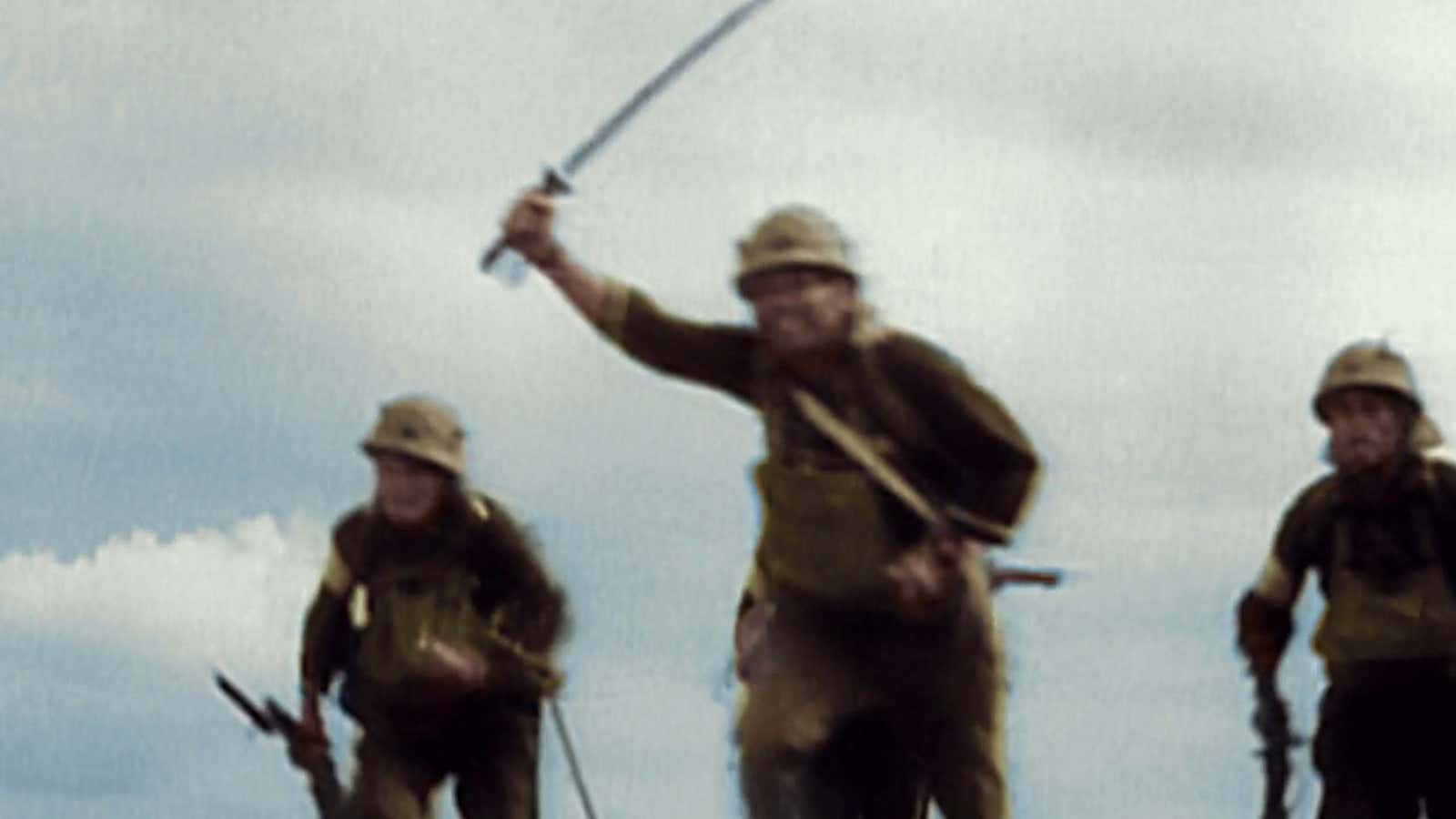 Meanwhile, the Americans had around 549 dead, 1,148 wounded and 1814 sick or dead from disease. They weren't prepared for how hostile the landscape was on Attu, and they didn't learn their lesson before going into Kiska.

August 15th, 33,426 Allied troops landed on Kiska, just a few months after finishing up on Attu. What they didn't know was that, on July 29th, the Japanese had snuck 2 cruisers and 10 destroyers past the allied blockade and successfully evacuated the entire garrison of 5,193 men under the cover of fog. In the weeks since the Japanese had abandoned the island, the Allies had bombed it non-stop ahead of the invasion. And despite the island being abandoned, there were still 313 allied casualties due to friendly fire, booby traps and accidents. Woof! Speaking of which, a dog was one of the few living things to greet the landing soldiers. Including the dog I mentioned before, Explosion.

After the war was over, the Attu Aleut POWs that were returned were re-settled in other locations since there were not enough left to sustain their village. Both islands remain abandoned since the war, with no permeant populations.

One of the few tangible positives for the allies was the discovery of the Akutan Zero. 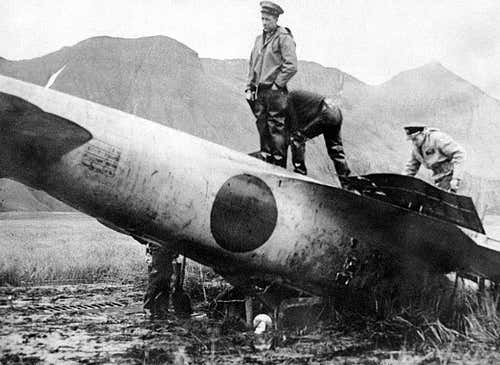 If you are familiar with the Zero, it was Japan's primary fighter plane. It was faster, more agile and had a longer range than basically every other fighter in the world. They had been giving the allied air forces hell, and allied technicians were still trying to figure out how they worked since all of the ones that were shot down were unrecoverable.

On June 4th 1942, One Zero involved in the Aleutian campaign was damaged while strafing the survivors of a flying boat it had shot down. The pilot managed to fly the plane to a prearranged location for emergency landings, Akutan Island, to land and be recovered by a nearby submarine. However, the Zero's landing gear snagged in mud, causing it to flip. The pilot died instantly, but the plane was nearly intact. The pilots wingmen were supposed to strafe the wreck in order to prevent recovery, but they couldn't bring themselves to do it since they didn't know if the pilot was a live or not.

On July 10th, the wreck was spotted by a flying boat. The next day, they landed and inspected the wreck. After many attempts, it was recovered and sent to San Diego for research. 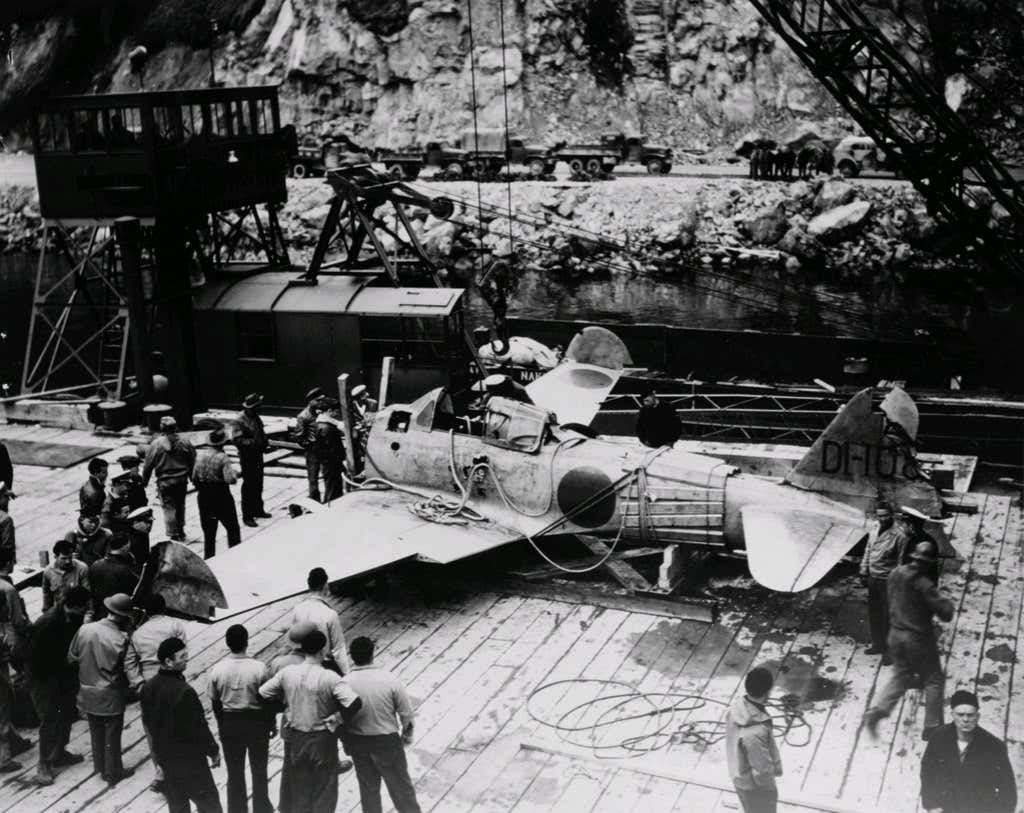 After being repaired, the military tested it and found the weaknesses in it's design. Lieutenant Commander Saunders, who personally flight tested the captured Zero:

"We now had the answer for our pilots who were being outmaneuvered and unable to escape a pursuing Zero: Go into a vertical power dive, using negative acceleration if possible to open the range while the Zero's engine was stopped by the acceleration. At about 200 knots, roll hard right before the Zero pilot could get his sights lined up"

The data was also sent to Grumman, which lead to them making tailored improvements in the F6F Hellcat. This plane became the cheat code for dogfights in the Pacific, accounting for 75% of all  aerial victories recorded by the Navy.

Japanese historian and lieutenant general Masatake Okumiya stated that the acquisition of the Akutan Zero "was no less serious" than the Japanese defeat at the Battle of Midway, and that it "did much to hasten Japan's final defeat"

If this battle over frozen islands bore nothing else, it is that data which helped end the war that much quicker.