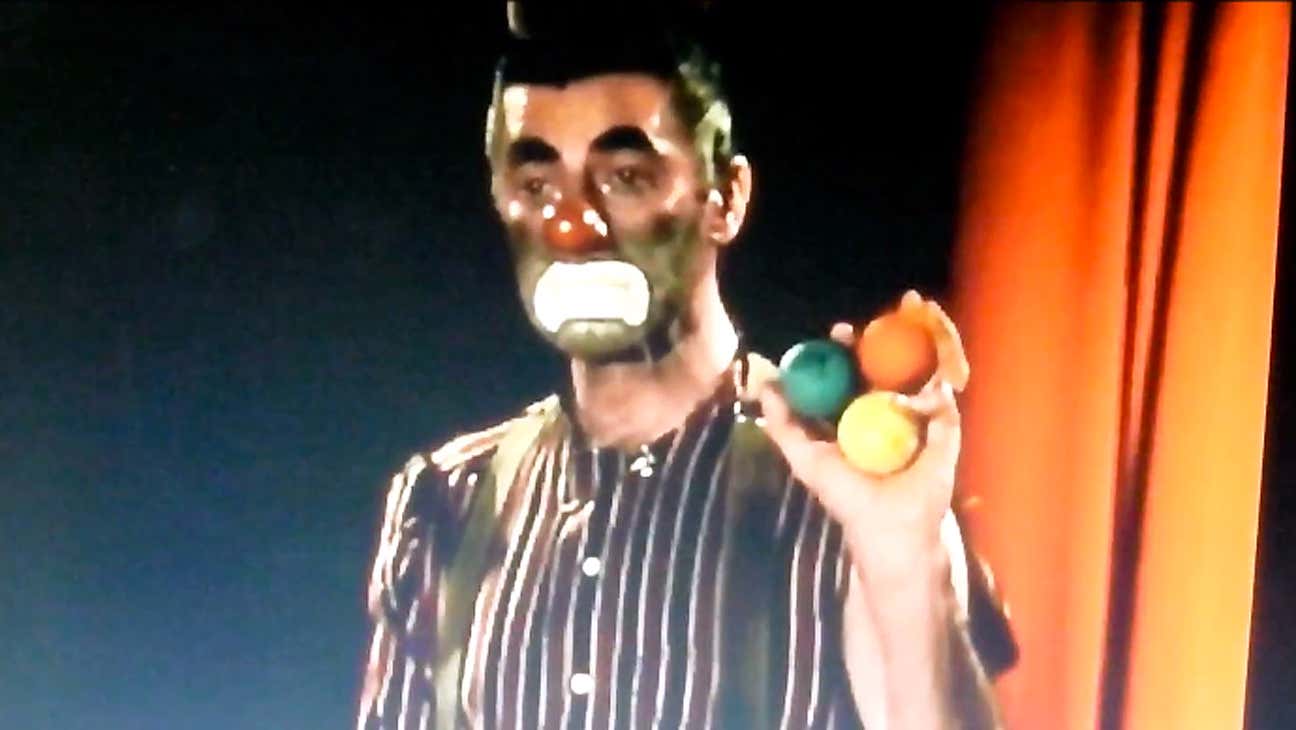 TLDR: Jerry Lewis made a movie where he was a clown in the Holocaust and it never saw the light of day

Every now and then there is a piece of movie trivia that comes across my desk that I am shocked to have never seen before. This was definitely one of those moments.

For those of you that might not be familiar with Jerry Lewis, he was a pioneering comedian and director that was on top of the comedy world from the 50s through the end of the 60s. He's been cited by tons of people you ARE familiar with as being hugely influential, and a lot of his directing styles are still being used in movies/sitcoms today. He was also well known for his Telethon work, and is very much associated with work fundraising research for muscular dystrophy.

Overall, I'd say most people remember him as a pretty damn good man! However, he has one misstep which people did NOT like. A little film called 'The Day The Clown Cried'.

In 1971, Lewis was still popular, but no longer the shining star he was. After a show in Miami, he was approached by producer Nat Wachsberger who offered him a very unique opportunity: To direct and star in a movie about a clown in the holocaust with total financial backing from his studio. Something to keep in mind is that they were only 26 years removed from the holocaust at that point. Also, not a single American filmmaker had even tried to make a movie about the holocaust yet. So to not only be the first person to try to make a movie about the subject, but to have it be about a concentration camp clown was a pretty huge ask. Lewis, who was also Jewish, was obviously hesitant. Eventually, he signed on thinking that he could make the project into something worthwhile that showed the horror and tragedy of what happened.

Before we go further, let me sum up the movie's plot for you:

Set at the start of WW2, Lewis plays a washed-up German clown named Helmut Doork who is fired from his circus. He gets wasted at a bar and arrested by the Gestapo for mocking Hitler, who send him to a concentration camp as a political prisoner. At the camp, he brags about how big of a deal he was to the other prisoners, who don't much care for him. When a group of Jewish prisoners arrive, Doork's fellow political prisoners goad him into doing a performance for them. He is not particularly funny, and the political prisoners beat him up. However, he notices that a group of Jewish children are laughing at him, so he decides to perform for them more.

The camp commandant tells Doork to stop, and that fraternizing with Jewish prisoners is forbidden. Doork can't stand seeing the kids sad, so he continues to perform for them. The guards come and break it up, beating him unconscious and putting him in solitary. The commandant realizes that the children's fondness for Doork could be used, and orders him to help lead the Jewish prisoners to a train. In return, the commandant promises to review Doork's case and possibly release him. Doork obliges and boards the train with them, unknowingly heading to Auschwitz. He begs the guards to let him accompany the children as they head to a gas chamber. Waiting for a miracle that doesn't arrive, he decides to go with them into the chamber.

The movie's original script was a little different. The character of Doork was supposed to be a true piece of shit who used people and informed on all of his coworkers after being arrested by the Gestapo. The conclusion of the movie was supposed to be about his redemption from being a self-centered asshole. Lewis changed the script, making Doork more of a sympathetic character that the audience can love. This, in turn, changed the tone of the movie from being a drama into more of a dark comedy.

Beyond the script edits, the movie also ran into a TON of production issues. Wachsberger, the producer who promised Lewis full financial backing, ran out of money before finishing the movie and never showed up to the set once. Lewis ended up dishing out over $2 Million of his own money to finish shooting it, but couldn't come to terms with the other producers over the release. He had shown the writer of the original screenplay his rough cut, and they despised it and refused to sell the final rights. Lewis and Wachsberger were also at odds over the financing, and he ended up walking away with a rough cut of the movie while the studio kept the negative. Because of this battle of the rights and the movie was never, and has never, been released.

Over the years, bits a pieces of it were seen by a select few with a relatively varying response. Some people say that it was a terrible idea and worse movie. Others say that it was genius and ahead of it's time. Lewis himself seemed to go back and forth on it.

In 2013 he said "It was bad work. You'll never see it and neither will anyone else". That same year, he also said "For it to become what it has become seems unfair—unfair to the project and unfair to my good intentions.” Clown’s infamy has grown so large, he added, that it now has to be either “better than Citizen Kane or the worst piece of shit that anyone ever loaded on the projector.”

There are a few points of this movie where I am sympathetic to Lewis. Firstly, I do think that he had honest intentions for this movie. For such a massive and evil event, the holocaust was not a widely discussed topic at that point in time. Secondly, it was certainly courageous of him to be the first American filmmaker to even try to make a movie about the subject. Lastly, there is definitely a hypocritical nature to the criticism in retrospect. Take a look at the movie 'Life is Beautiful'(1997). It is essentially the same exact idea and it won a trillion awards(including 3 Oscars) and became one of the highest grossing non-English language movies ever and is STILL the highest grossing Italian movie of all time.

So what is the difference between 'Life is Beautiful' and 'The Day the Clown Cried'? Timing? Treatment by the press? Or maybe the disastrous production? Maybe if this was actually released upon completion, people would have found it revolutionary. Honestly, naming the main character anything other than "Helmut Doork" probably would have helped as well.

Anyway, with the movie tied up in this much litigation for decades, will the public ever see it? Before he passed, Lewis donated a copy to the Library of Congress under the stipulation that it never be screen before the year 2024. The LoC has said they have no plans to release the movie to any medium, and they can't loan the film to any other museum without the consent of the Lewis estate. So the odds of you seeing it are quite slim. Whether you care to in the first place is up to you.