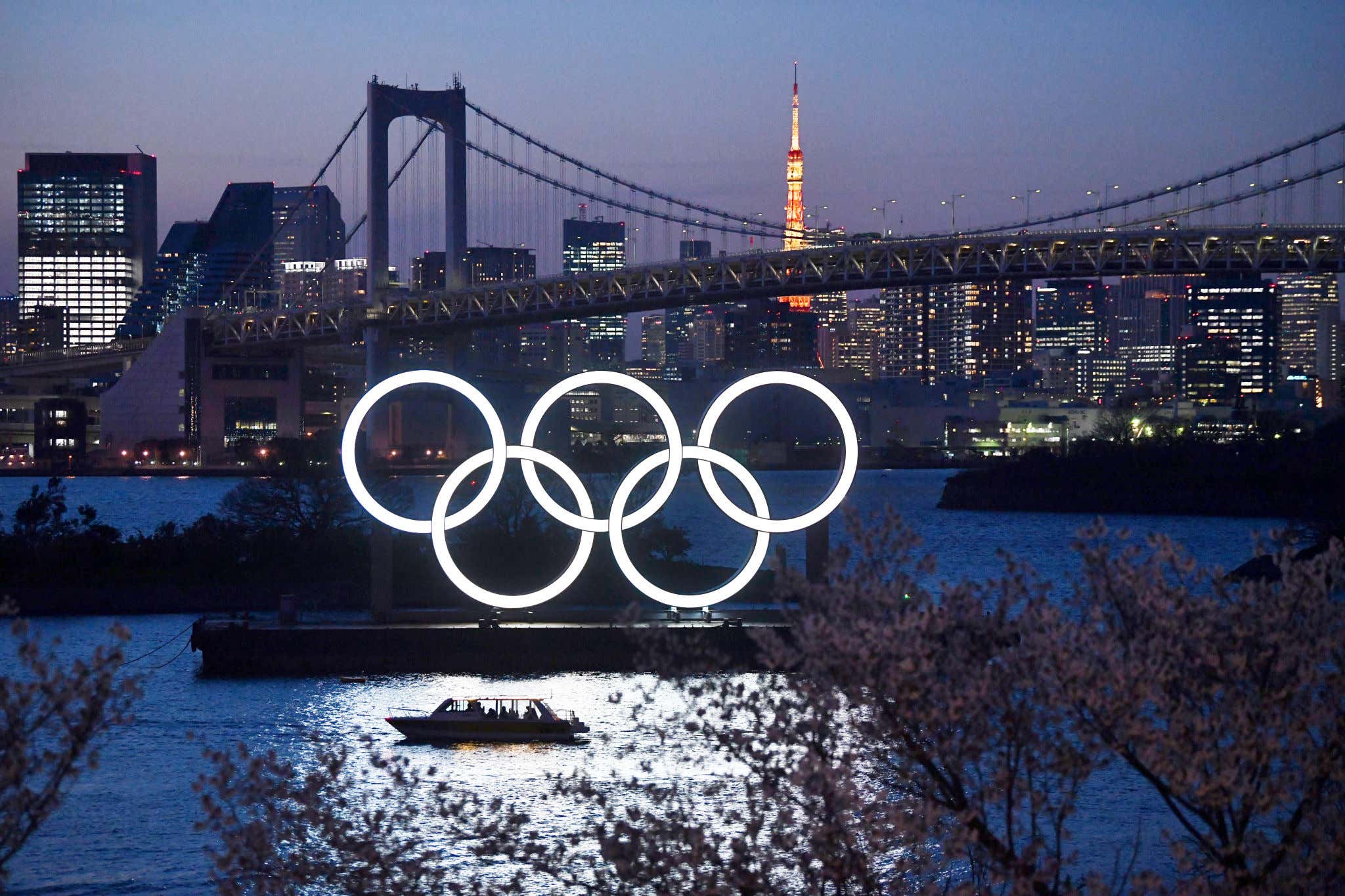 Like I wrote yesterday, the Tokyo 2020 Olympics have been more or less one giant goatfuck pretty much since their inception. No one in a country with a vaccination rate in the single digits wants them. The head of the IOC was about as popular as the Games he runs before he called the people whose lives he's disrupting "Chinese." The softball field is being stalked by a scary bear. Two people with major roles in the Opening Ceremony had to quit for stuff they did in the 1990s. One for doing a comedy sketch about killing Jews and the other for forcing a special needs kid masturbate and eat poop in front of a crowd of people. Bears. Bigots. Battlestar Galacticasshole.

And to repeat what I said, sometimes the universe gives you signs that you should not be doing what you're about to do, and you'd be wise to heed what the cosmic Magic 8-Ball is telling you. Even specifically using the familiar old homily about the guy who gets three chances to avoid a flood but ignores them because he thinks God will save him. I knew I was right, because I always am, even when I'm wrong. I just didn't realize how right I was.

Source - A typhoon could wreak havoc on the Tokyo Olympics next week — only the latest worry facing the troubled competition.

The potential storm may head dangerously close to Japan’s capital city Monday, just days into the Summer Games, according to the Joint Typhoon Warning Center.

So a "medium chance" for "potential tropical development"? Is that what they're calling it now? I'm use to the cliches of hurricanes "barreling up the coast" and winter storms "bearing down" on New England. I didn't realize that in Typhoon Country they prefer happy little euphemisms for catastrophic weather events. I suppose when the tsunami that ripped open a nuclear reactor and threatened to release all the Kaiju was on it's way, they were reporting "an above average chance" of "slightly higher tides."

Based on everything we've been witnessing this week, what they should be calling this storm is "The Wrath of God." Because they've been ignoring all the warnings to this point. It's to be expected that the Almighty would choose to go all Old Testament on their asses. Nobody wants these Games other than the ones who are looking for an excuse to run ads for speedburgers and fizzy corn syrup drinks. And if some of the organizers have to get swept into the Sea of Japan to make the point, so be it.

And I'm sure that would be just fine with the 85% of the Japanese people who don't want these Olympics in the first place. And as Japanese history buffs will tell you, typhoons have saved their wasabi more than once. In the fall of 1274 when a Mongol fleet of 900 ships carrying 40,000 soldiers tried to invade their land, a typhoon came and wiped out a third of the Mongol ships and drown 13,000 of them. So the went home, rebuilt the fleet, and tried again seven years later, with an even bigger force of 4,400 ships and 140,000 men. And history repeated itself. Another typhoon hit and wiped out half of the invaders. And they never tried again. The Japanese took this as a sign that the gods were protecting them and called the storms "The Divine Wind." It's where the word Kamikaze comes from.

It goes without saying that no one wants to see anyone get hurt or see any damage from this thing. But we'll say it anyway. But if the people in charge who are forcing these Games down the people's throats just to make a buck for themselves do pay a price in this new Divine Wind, they can't say they weren't warned.