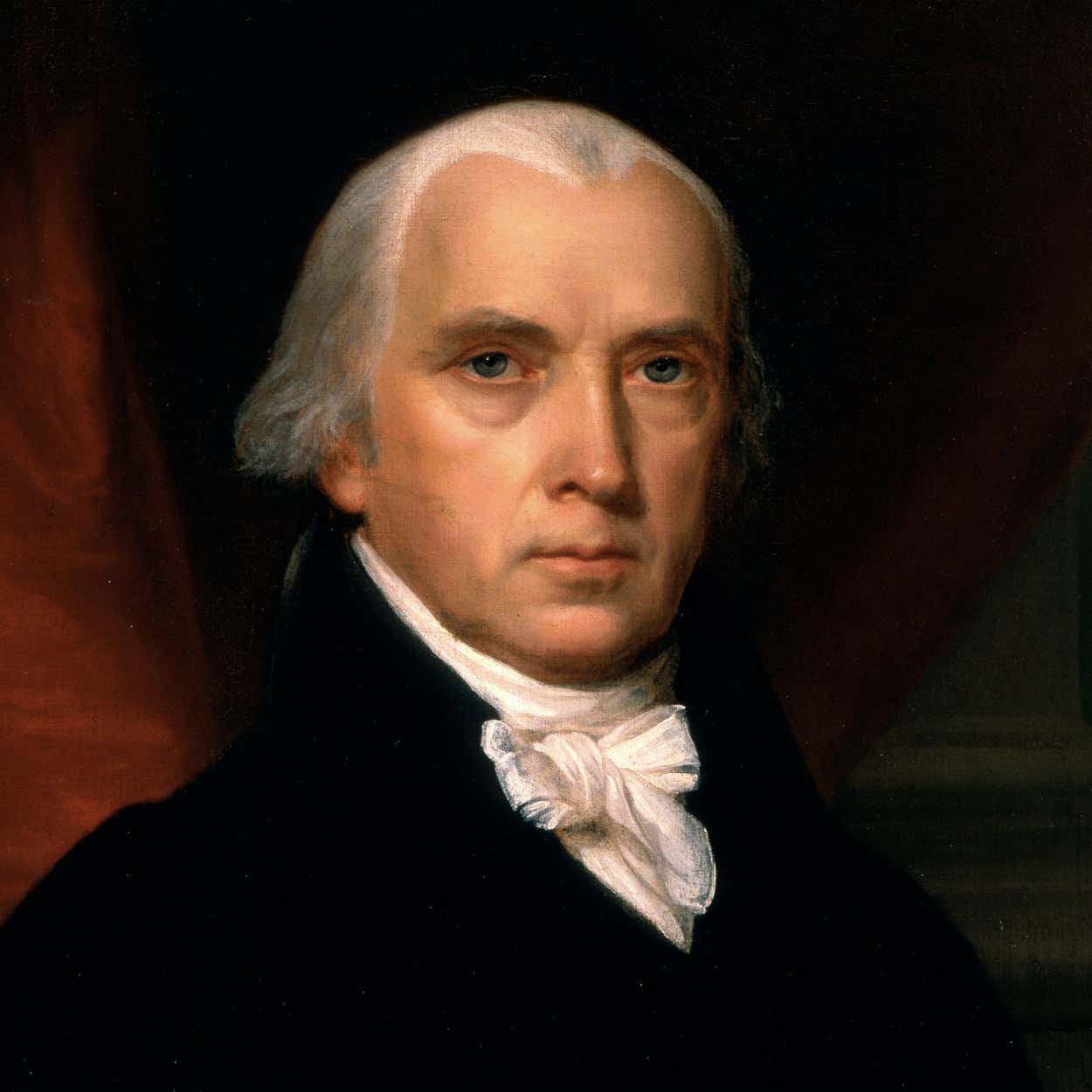 Happy Monday everyone. For anyone that missed the first few blogs in this series which covered George Washington, John Adams and Thomas Jefferson, you can check it out here, here and here. For a quick summary of what these are and will continue to be is every Monday: I'm running through what we collectively didn't learn in school about United States presidents, starting with Washington and working my way toward now. This isn’t at all about policy or politics or what laws and bills they did or did not approve of. The goal here is simply to provide you with some more information on some of the most powerful dudes to ever walk this planet that our educations left out. Maybe that will be enough, maybe it will send you on a journey to discover even more on your own time. Either way, I’m happy. Let's do it.

With the arrival of the fourth President of the United States James Madison to the series, we are finally reaching a POTUS that we learned significantly less about than the first three. In Madison’s case, this wasn’t by any means due to a lack of importance, influence or interesting information about him, but it seems at some point our teachers had to hit the fast forward button and it seems that occurred between number three and four.

What we did learn:
- Madison was a founding father who took part in the Constitutional Convention

- Madison is considered the “Father of the Constitution” which is a fair title considering he wrote it.

What we didn’t learn:

He was tiny - The connection between stature and the President of the United States has always been an interesting one that has never been more apparent as it is recently. As a country, we simply like to elect tall guys to the position. If has been 120+ YEARS since we elected a president who was shorter than the average American male at the time, which was five-foot-seven William McKinley. Since then, the average U.S. president has been 4.42 inches taller than the average American male at the time they are elected, which is a pretty staggering difference. Back to Madison. He was 5’4,” making him the shortest POTUS ever. This was a stark deviation from the previous three presidents, who stood 6’2”, 5’7” and 6’2” (although it’s worth nothing that Adams’ 5’7” was much closer to the average and Washington and Jefferson were basically the David Robinson and Tim Duncan of the Founding Fathers. In addition to being small in stature, Madison was often described as small and sickly looking, weighing only 100 lbs as an adult. It’s tough to imagine a modern-day president getting elected with those adjectives being thrown around to describe their physical appearance.

He was George Washington’s primary ghostwriter - As the only two presidents who actually signed The Constitution, Madison and Washington spent the United States’ most formative chunk of time together and became fast friends and allies. Though it is often reported that political ideological differences drove a wedge between their friendship, Washington still recognized Madison’s writing ability (tough to imagine a better portfolio than the Constitution) and asked him to write what many consider the two most important speeches he ever delivered, the inaugural inaugural address and his farewell address. Though his work on Washington’s farewell address was later edited and polished by Alexander Hamilton (remember not a president!), his pen and words have potentially carried more weight and delivers a longer lasting impact than any other American in history. Only Thomas Jefferson, the author of the Declaration of Independence, can even give him a reasonable run for his money.

He is one of only two presidents to be directly involved in a military engagement while in office - Madison served only briefly in the Virginia militia, but realized quickly a military career was not for him due to his consistent battles with illness, which saw him quickly pivot to a career in politics. This makes the above statement seem…confusing, so let me explain. When the British marched on Washington, D.C. during the War of 1812, all 5'4" 100 lbs of Jemmy (adorable nickname for a grown man) walked up to his treasury secretary Albert Gallatin, asked for a pair of dueling pistols and took off for the American lines to help rally his troops. This was less than successful, since during this process he and his people nearly walked too far directly into British forces upon arriving, immediately started hearing enemy fire from rockets cascading overhead. Madison then seemingly remembered he was President of the United states and to told his cabinet secretaries that it “would be proper to withdraw to a position in the rear” and fled the city with his troops. Next, the British torched the White House and U.S. Capitol (remember how we talked about the Library of Congress burning last week? This was then). Regardless of how short-lived this military engagement of Madison's was, it secured his seat in history alongside Abraham Lincoln, who was at the Civil War Battle of Fort Stevens, as POTUSes who actually showed up to battle while in office.

His wingman to meeting his wife? Aaron Burr -

Aaron Burr is monumentally more famous now due to the success of the play Hamilton, but if you don't know, he's known for shooting and killing founding father Alexander Hamilton (not a president) during a duel. Before Burr was blasting away one of the most iconic figures in American history, however, he was hooking up Madison with his future wife Dolly. When Aaron Burr arrived in Philadelphia as the newly-elected senator f, he found a place in the boarding house of Mrs. Mary Payne sometime in 1793. Payne's daughter? Dolley Payne. Burr, another graduate of the New Jersey College that would eventually become Princeton like Madison, was a friend of Madison's and, at the request of the shy, small wifeless, sickly Madison, introduced the two. Even though Dolly was regarded as beautiful, tall and two decades younger, the antithesis of Madison himself, they hit it off and lived happily ever after. Dolly herself could get an entire blog written about her, as her role as first lady helped define and carve the path and position that all those have been in since have followed, but that is another talk for another day.

He had the chance to die on the same day as Adams, Jefferson and Monroe, but declined and promptly died -

One of my favorite facts from the first few blogs was that Adams and Jefferson both died on the same day. five hours apart, which just happened to be on the 4th of July 1826, exactly 50 years to the day after of the adoption of the Declaration of Independence. You know who else died on the 4th of July too? Fucking James Monroe, the fifth president (see you next week pal), who served after Madison but died before he did in 1831. Madison outlived his contemporaries, but as his health was in serious decline, his doctor offered to pump him full of stimulants to prolong his life so that he too could die on the July 4th anniversary. Sidebar: This seems like a significant medical achievement that maybe went right over my head? Just keeping a man alive for nearly a week for shits and giggles and a fun fact for a history book one day? Regardless, Madison said no thanks and died on June 28, six days before the 60th anniversary of the nation’s birth.

This blog felt like the first one where I really was diving into a guy relatively unfamiliar to most of us. Do you have the full understanding of his life now? Of course not. Do you have a fun fact or two to bust out on occasion to make yourself sound a little smarter? I hope so. See you all next week for James Monroe

P.S. Want to read about some girl who went to James Madison University and dressed up like him every single day she was there for some reason? That happened and you can do so here