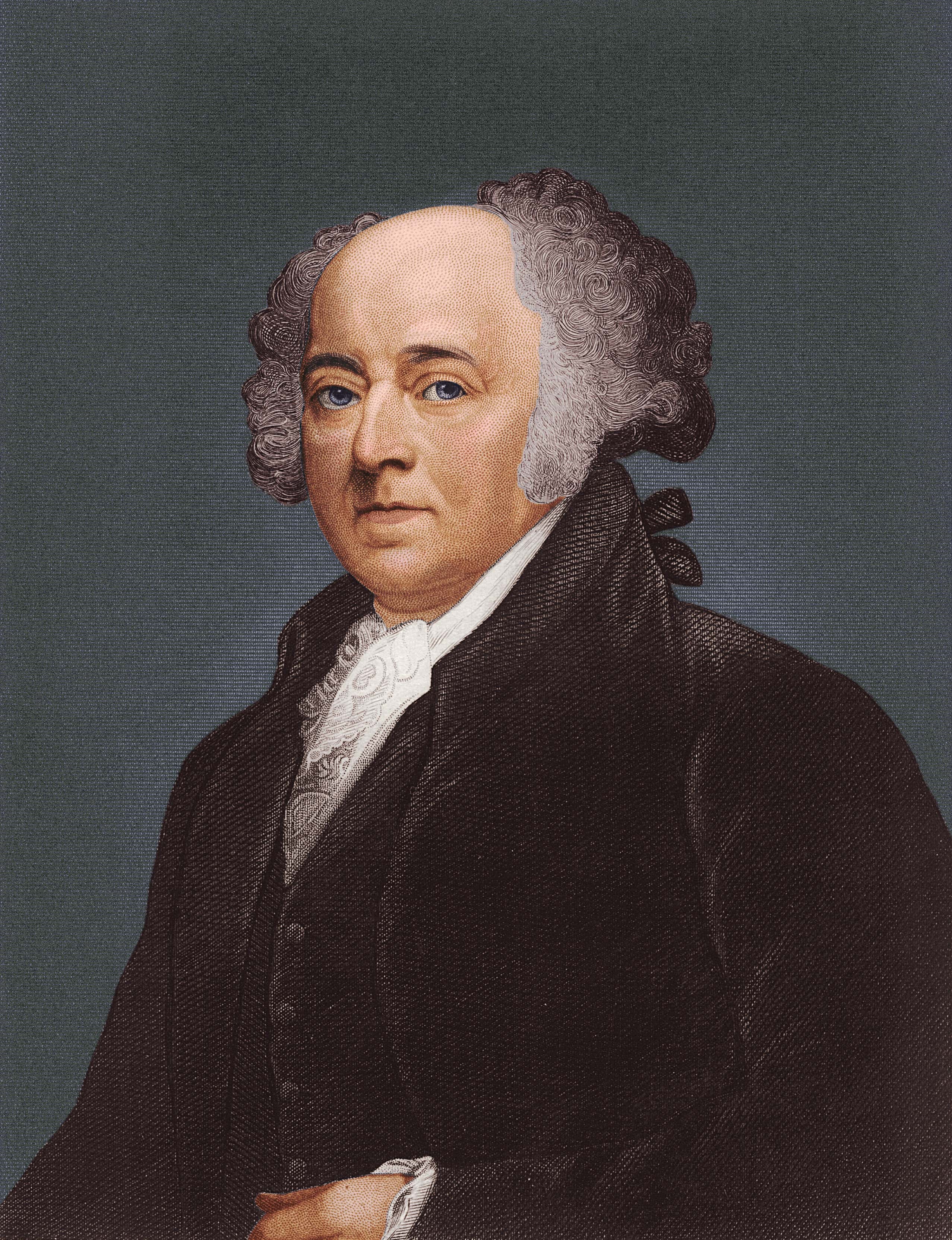 Hello everyone. For anyone that missed the first blog in this series which covered George Washington, you can check it out here. For a quick summary of what these are and will continue to be is every Monday I'm running through what we collectively didn't learn in school about United States presidents, starting with Washington and working my way toward now. This isn’t at all about policy or politics or what laws and bills they did or did not approve of. The goal here is to provide you with some more information on some of the most powerful dudes to ever walk this planet that our educations left out.

Most of the feedback I got on the Washington blog was that you all wanted more, so now that I know I can just really get after it, I'll be writing longer ones moving forward starting…right now.

John Adams, similar to George Washington, is a president that we definitely learned about in school. Dissimilar to Washington, we didn't learn much. I would wager that the vast majority of people could tell you he came second. Maybe not that he was the first Vice President, but definitely that he followed Washington. Let's get into it a bit further.

- Was a founding father and signee of the Declaration of Independence.

- He was the first president to live in the White House. Even though George Washington himself chose the site for where the White House would be, he never got a chance to live in it. Adams himself only got four months in it, and that was a bit of a half-assed and miserable stay in itself. The house reeked of wet plaster and paint fumes and he never even got the chance to settle after being booted four months into his stay by losing an election after only one term* to his own Vice President, which has to hurt a bit.

More on this in the next section

- He was the only U.S. President of the first five that was not a slaveholder. Very rare W in this department for the early presidents.

- His son, John Quincy Adams, was also the President.

What we didn't learn/Interesting shit:

- He died on the 4th of July. Kind of a fun fact. Less fun for him because of the whole dying thing, but 4th of July, of all days, is pretty interesting considering the significance that day holds above all others in American History. Even crazier, Thomas Jefferson, his Vice President turned political rival, died on the same exact day, which was 50 years to the day since they both signed The Declaration of Independence. It is said that on his deathbed, the 90-year-old Adams whispered, “Thomas Jefferson survives," which was actually wrong, since Jefferson had croaked five hours earlier. Though it is said that their on-again-off-again relationship improved toward the end of their lives and they wrote one another often, it was clear that Jefferson was living, er not living, rent free, in his head. Friendships are tricky, especially when you are two of the most important people in the history of the world.

- Him and Benjamin Franklin hilariously had to share a bed one time. Now, we've all shared a bed with a friend at some point before, there is no shame in that and I am not here to shame saving a bit of money on a hotel when things are tight. What people do on their vacations is totally up to them. BUT, the visual of old ass John Adams and Ben Franklin, two of the most iconic figures in American History having to cozy up to one another like Pauly Walnuts and Chris Molisanti stuck in a van in the middle of the woods is objectively a hilarious visual. Here's the story as to why they had to do that. 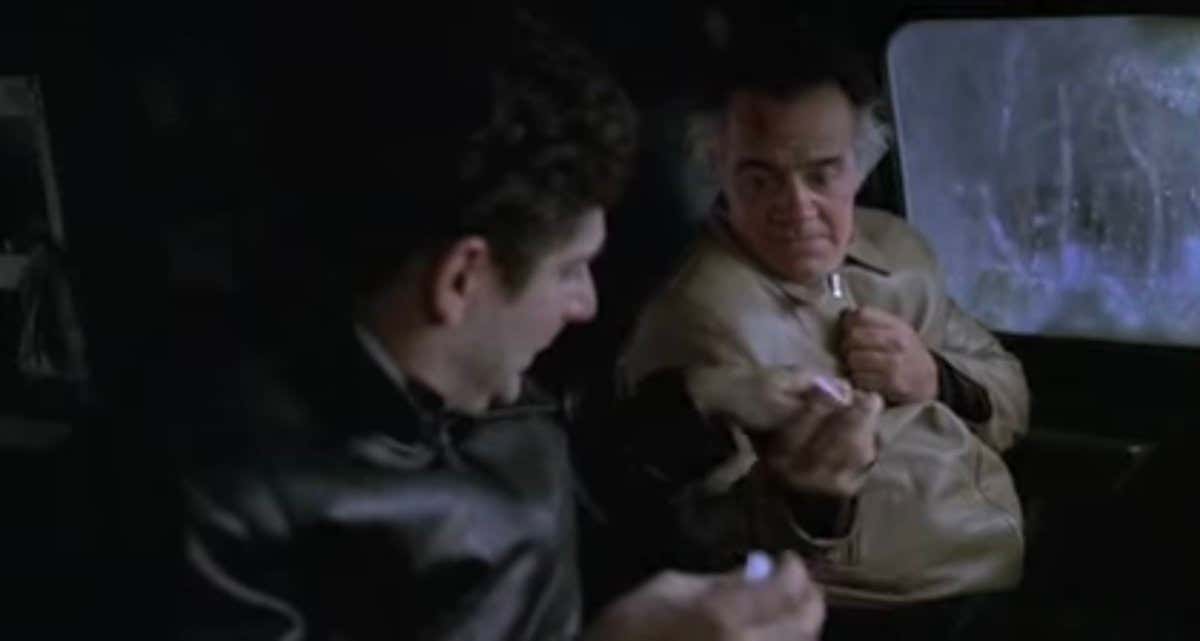 In September 1776, right after the American colonies announced their independence from Britain, Adams and Franklin were traveling together with South Carolina politician Edward Rutledge from Philadelphia to Staten Island to try to negotiate an end to the Revolutionary War and stopped for the night in New Brunswick, New Jersey. The traveling party could only find two available rooms for the three men. In his autobiography while telling this story, Adams said “One bed could be procured for Dr. Franklin and me in a chamber a little larger than the bed, without a chimney and with only one small window.” Adams, who was "afraid of the air in the night" closed the window before bed and Franklin said, uh no man we'll basically suffocate in here if you do that and popped the window open and invited Adams to cozy up next to him, promising to teach him about his "theory of colds." Franklin, according to Adams, then talked a bunch of his thoughts on cold air, respiration and perspiration and they both drifted off, snuggled up, into a good night's sleep even with the cold window wide open.

*I also want to write one of these on Ben Franklin even though he wasn't a president because that guy has some FUN FACTS and spicy rumors. We'll see. Maybe a bonus blog.

- Adams actually defended the British after The Boston Massacre. Even though Adams was a member of the Sons of Liberty, the group that was actively fighting the British for what they deemed to be unfair taxation, which was the primary catalyst for the American Revolution as a whole in objecting to what he believed was unfair taxation by the British government, After the Boston Massacre, which resulted in five American colonists being killed, Adams volunteered to represent the nine British soldiers which had been charged with manslaughter. As part of his defense, Adams argued that the soldiers fired in self-defense and successfully won an acquittal for seven of the defendants. The two soldiers which Adams failed to get an acquittal of charges for were were branded on their thumbs, but avoided any sort of further persecution, which isn't too bad considering the circumstances.

- Him and his son, John Quincy (who we will learn a bunch more about in his own blog, fascinating dude and the way he got elected was WILD) were the only two presidents out of the first eight to not be reelected. We already mentioned his loss to Jefferson, but it then took another 25 years and a handful of Presidents for it to happen again and it was his own son. Kind of a tough legacy to leave behind for the Adams family. Additionally, neither him or his son attended the inaugurations of their successors.

- He went to Harvard. This in itself is, while impressive, is not that rare for Presidents of the United States, considering eight of the 46 have gone to the prestigious University in Cambridge. What is rare about Adams' time there is that he took his entrance exams and was admitted when he was only 15 years old, which is wild considering he was by no means an eager learner or scholar growing up. Conversely, he actually really wanted to be a farmer until his pops sent him out into the woods as a 10-year-old to cut thatch and he decided fuck that. This didn't stop him from continuing to disappoint his father, who wanted him to be a minister, and becoming a lawyer later on, but was a steadier step in the direction his parents had carved out for him.

John Adams was clearly an interesting guy, who against some of his own desires and lack of scholarly ambition early in his life ascended to the highest position possible in this country. The fact that his legacy includes his own son (who we will again learn about later) also being president is one that he shares with only George H.W. Bush. From not being afraid to reach across the aisle and defend the British during tumultuous times to feuding with another American icon, John Adams was anything but boring and forgettable.