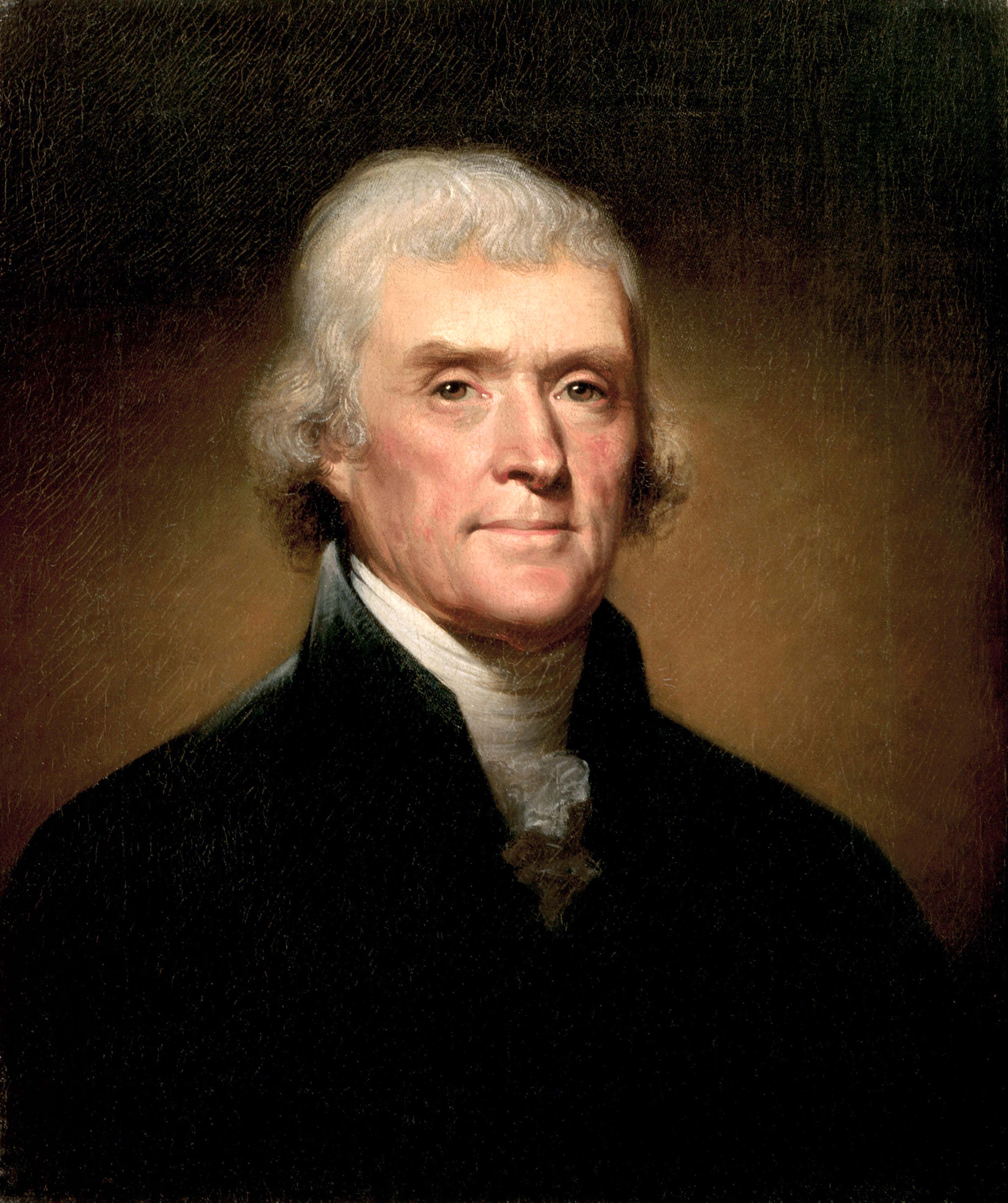 Hello friends. For anyone that missed the first two blogs in this series which covered George Washington and John Adams, you can check it out here and here. For a quick summary of what these are and will continue to be is every Monday (Tuesday this week) I'm running through what we collectively didn't learn in school about United States presidents, starting with Washington and working my way toward now. This isn’t at all about policy or politics or what laws and bills they did or did not approve of. I am not trying to cancel these guys from the past. The goal here is to provide you with some more information on some of the most powerful dudes to ever walk this planet that our educations left out. Let's do it.

Thomas Jefferson is one of the presidents, probably even more than his predecessor Adams, that we actually did learn a good amount in school. Short of Washington and Lincoln, his name likely rings more familiar to the general person with no interest in presidential history than almost anyone else. Also, a lot of interesting things in the world regarding Jefferson also regarded John Adams, but I am not going to double up on that, so definitely check out the Adams blog I linked above for things regarding their complex friendship/rivalry.

Let's get into it.

- He was a founding father and the third president

- Wrote the Declaration of Independence

What we didn't learn/interesting shit:

- He loved ice cream and made it relevant in the United States. You may have learned or heard that Jefferson was the person introduced ice cream to the United States. I don't specifically remember learning this, but when I started doing my research it sounded vaguely familiar. He did not. BUT, his significance in the space is still huge. Jefferson can be credited with the first known recipe ever recorded by an American. It is likely that Jefferson encountered and tasted ice cream for the first time during the time he spent in France from 1784-1789. How much did he like it? Among the items filling the 86 crates of belongings that Jefferson had shipped back from France were “quatre moule a glasse” which is French for "four ice molds" and Jefferson's handwritten recipe for ice cream (again, the first known recipe ever recorded by an American) still lives today in the Library of Congress.

Even though there is no evidence that he was the first person in America to ever consume the dessert, he did his best to spread the word about it and popularize it during his time in office. There are at least six references to ice cream being served at the President’s House between 1801 and 1809. Here is a clearer version of his recipe if you wanted to give it a shot yourself. 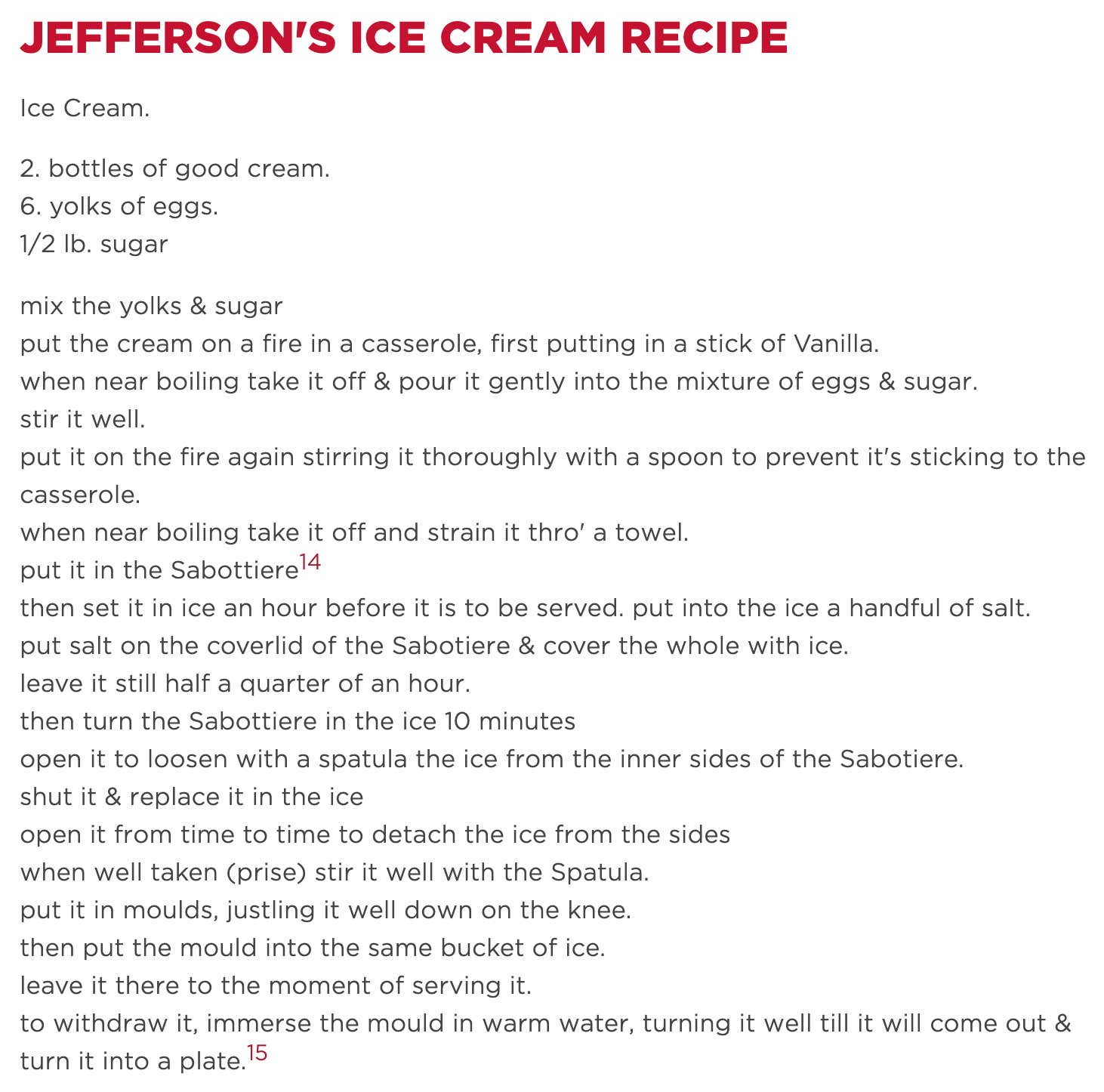 - His mistress and wife Martha may have been related. It is pretty well-known that Jefferson had an affair with his slave Sally Hemings. There is a lot to digest and unpack there and if this is news to you, I recommend looking into it because there is a metric ton of information that is certainly worth learning about. BUT, back to the point at hand. Martha's father, John Wayles, had an affair with Sally Hemings' mother Elizabeth Hemings. A quick little genealogical equation shows, combined with the fact that Sally and Martha were said to have strongly resembled one another, that they were actually half siblings. Here is a chart that helps display this visually. which is a bit easier to digest. 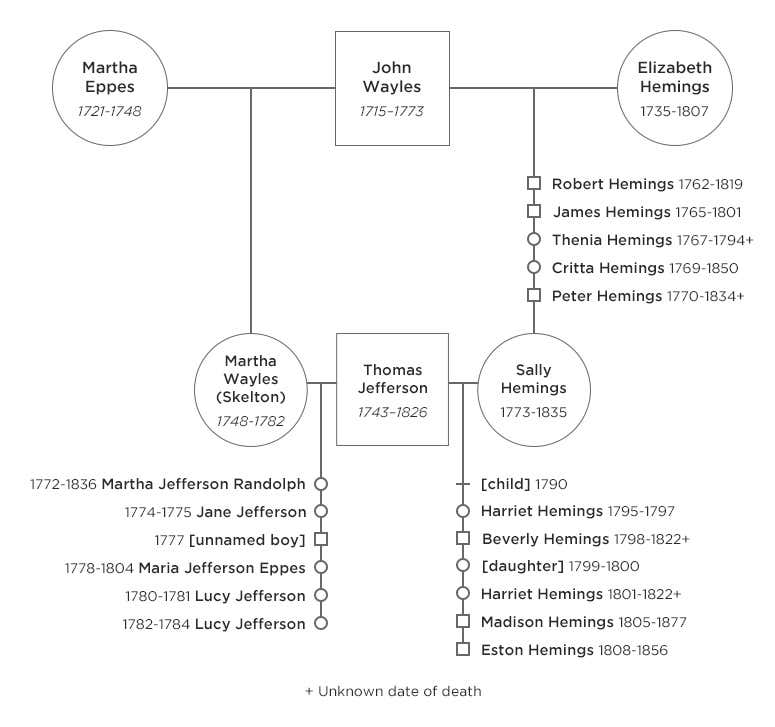 This took me a long time to wrap my head around and I talked to some other people to work through the logic, and we came to the conclusion that this means that Jefferson's kids with his wife Martha and his kids with his mistress Sally are twice related. Both as half siblings and half cousins which is really wild. Bonus picture here of Jefferson's sixth great grandson who resembles him pretty strongly considering both the time and race differences. 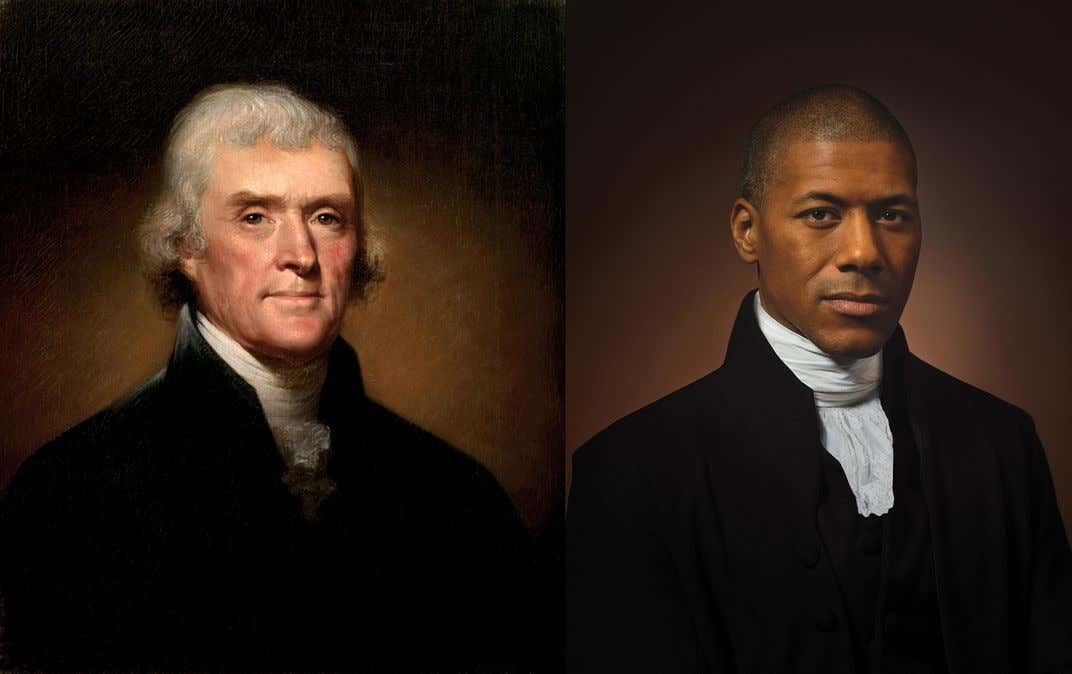 - He had a significant fear of public speaking. This seems like an impossibility for the President of the United States, but Jefferson was able to get by in a time well before radio and TV. His fear was not just limited to hypothetical giant gatherings or large crowds though. It was bad enough that it completely disrupted his law career. It was said in a biography about his life that if Jefferson tried to speak loudly in court, his voice would “sink in his throat.” Additionally, he never even spoke during deliberations of the Second Continental Congress and gave only two(!) public speeches, his two inaugural addresses, during his years as president. A team of psychiatrists at Duke University, who studied these troubles that Jefferson suffered from, wrote in The Journal of Nervous and Mental Disease, that they believe Jefferson suffered from social phobia.

- His book collection was bonkers. When the British torched the U.S. Capitol on August 24, 1814, the first Library of Congress went with it and over 3000 books were destroyed. While this may not seem like a ton, especially considering the modern Library of Congress currently holds over 170 million items, but obviously things were much more difficult to print in this time and with digital documents hundreds of years away, this was a beyond significant collection. The British didn't give a shit about that though and torched it, so where did America look in this time of need? Jefferson. Why? The guy had a 6,487 deep personal library. Just absolutely doubled up and change on the most important public library in America. Jefferson sold those books to the U.S. government for $23,950, which inflation adjusted would be about $405k today. Not a bad deal for either side. These books Jefferson sold are the foundation of the colossal library that exists today.

Thomas Jefferson is a president who has certainly sees his personal legacy brought into question more over the last decade than the few hundred years before it. While any one of us is capable of forming our own opinions on these iconic individuals from American history, his impact on this country, and America's dessert game, is impossible to discount or ignore.