SMDH. Alllllllllllllll you heathens living in sin, enamored with your precious little murder hornets. Well listen up, honey, you're with the wrong hive. You might think they're badass, tough and cool, but when the Big Man upstairs comes to smoke 'em out they're going the way of the Dodo Bird (*Hell)(*sorry but they were not as nice as everyone thought).

Lucky for you it's not too late to repent! 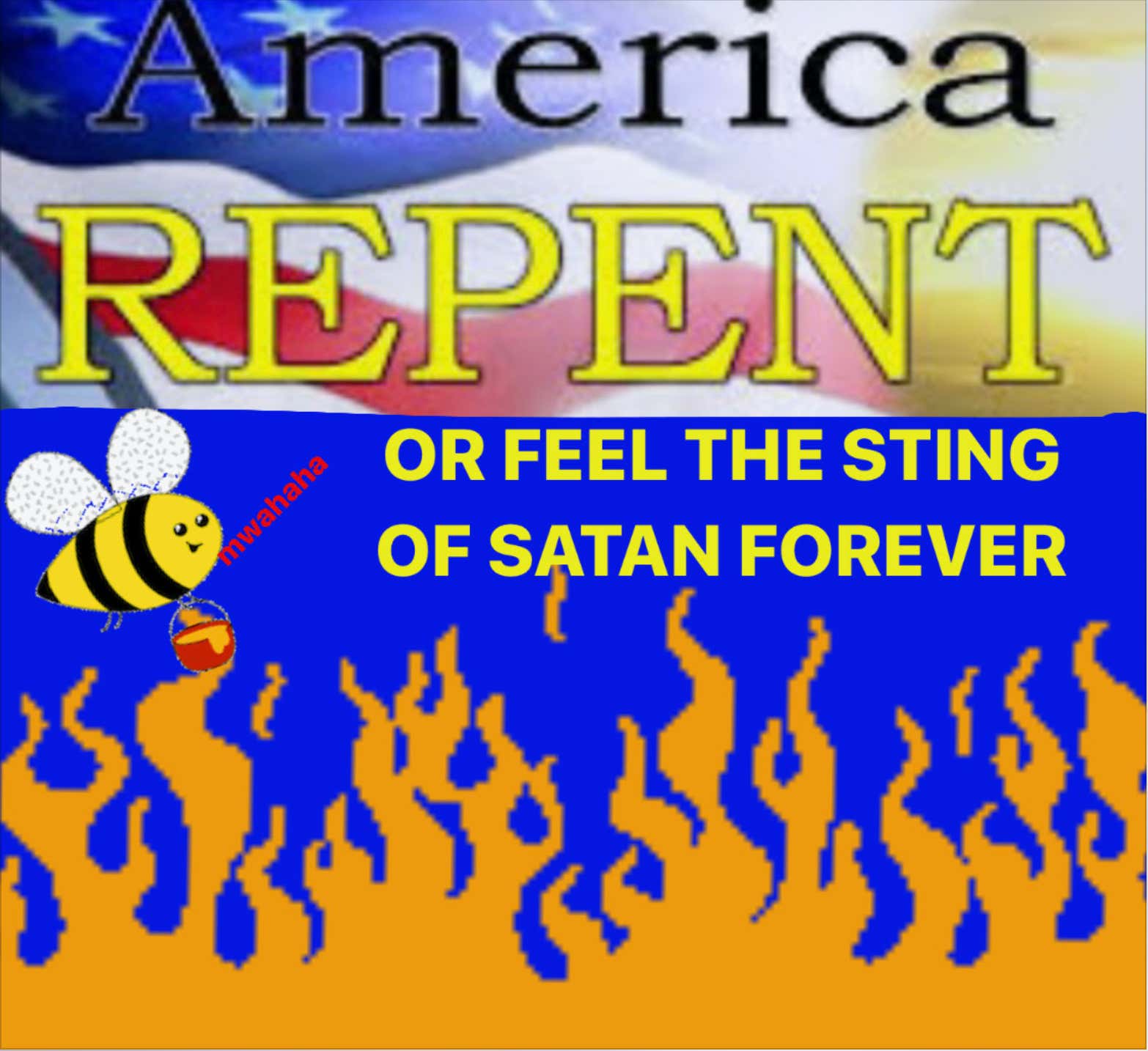 That's right. It is time to turn your attention and your hearts from murderous bees, wasps & hornets who covet thy neighbor's combs & steal pollen from others in an evil display of gluttony & excess.

Save yourself & focus on the only bees that really matter; National Bible Bees!

From the Bible Bee site:

The National Bible Bee Competition hosts 360 of the top contestants from around the nation who compete for over $100,000 in prize money in a heart-grabbing competition. Contestants receive a study passage and additional memory passage where they apply the tools they learned over the Summer Study to their own study. The [last] National Bible Bee Competition 2019 was held at NKY Convention Center in Covington, KY on November 18–21, 2019.

(They left this out but last year's was also held at the Creation Museum. Quick reminder on the gist of that spot in case you weren't sure:

Outside the museum scientists may assert that the universe is billions of years old, that fossils are the remains of animals living hundreds of millions of years ago, and that life’s diversity is the result of evolution by natural selection. But inside the museum the Earth is barely 6,000 years old, dinosaurs were created on the sixth day, and Jesus is the savior who will one day repair the trauma of man’s fall.

In case The Spirit has moved you & you're thinking about getting your kids to participate (that money could buy a lot of Arcs (pontoon boats), people)… here is the competition format via Wikipedia:

And ok, for any holy rollers who feel like I'm making fun of Christianity with this blog I'll admit… After my banger of a Communion party it was all downhill. Religion in general started losing its luster for me once I puked on the altar my first time altar serving, went kicking & screaming into Confirmation with the name "Clotilda" just to be annoying, and then gave my first handy in the woods behind church camp in high school in an act of rebellion my friends now refer to as the "Carolina Squeezer". And then the whole war thing I hopped in on that involved a lot of manipulation of folks via holy books was a 'lil alienating, too. You get the vibe.

But by all means, you do you & what brings you peace, joy & fulfillment. It genuinely makes me happy to see friends & family who have found what works for them & are hopeful and content in what they believe. I'm sure someday I'll be waving up at them from my fiery eternity.. my Carolina-Squeezer-hand nothing but ash. And real talk - pretty impressive on the memory skills end of things there with those kids.

Not my cup-o-holy wine but whatever floats your arc so long as everyone's having a cool time.

In closing, here are more Bible Bees. From now on let these bee the only Spirits you're getting buzzed on. No go in Peace.