The past few weeks I've been going back to break down the trade trees of some of the bigger moves in NHL history. But we'll change it up a little bit this week since we just had the anniversary of the Toronto Maple Leafs winning the 1951 Stanley Cup a couple days ago. The Leafs won that series 4-1 after all 5 games went to overtime. And 2:53 into the overtime period of game 5, it was Bill Barilko with the dagger to win the Cup for the Leafs. 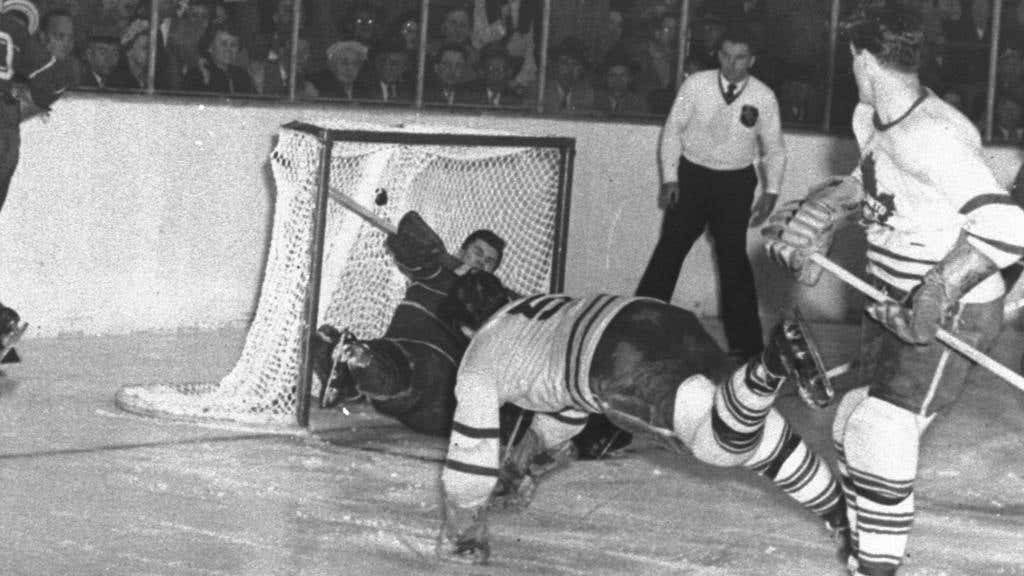 It was his 4th Cup in 5 years with Toronto. But unfortunately it would be the last goal he scored in his career. Because a few months later, Bill Barilko went on a fishing trip to northern Quebec. The return flight never made it back home and all of the passengers, including Barilko, were missing.

The Maple Leafs had won 5 Cups over the last 7 sevens before Bill Barilko disappeared. But after that season, they went on an 11-year drought. And throughout those 11 years, Barilko and the rest of the passengers on that plane were still missing. It wasn't until April 22 in game 6 of the '62 Final against Chicago that the Leafs finally won the Cup again.

And about a month and a half later on June 6, 1962, the wreckage from the crash was finally discovered.

4 Stanley Cups. The final goal of his career was an OT Cup winner. And his story inspired the absolute jam piece "Fifty-Mission Cap" by The Tragically Hip.

I'm sure most of you Canadians are already familiar with the story but Bill Barilko is a certified legend that I fear not enough people know about. Which is precisely the reason behind this week's hockey history lesson.