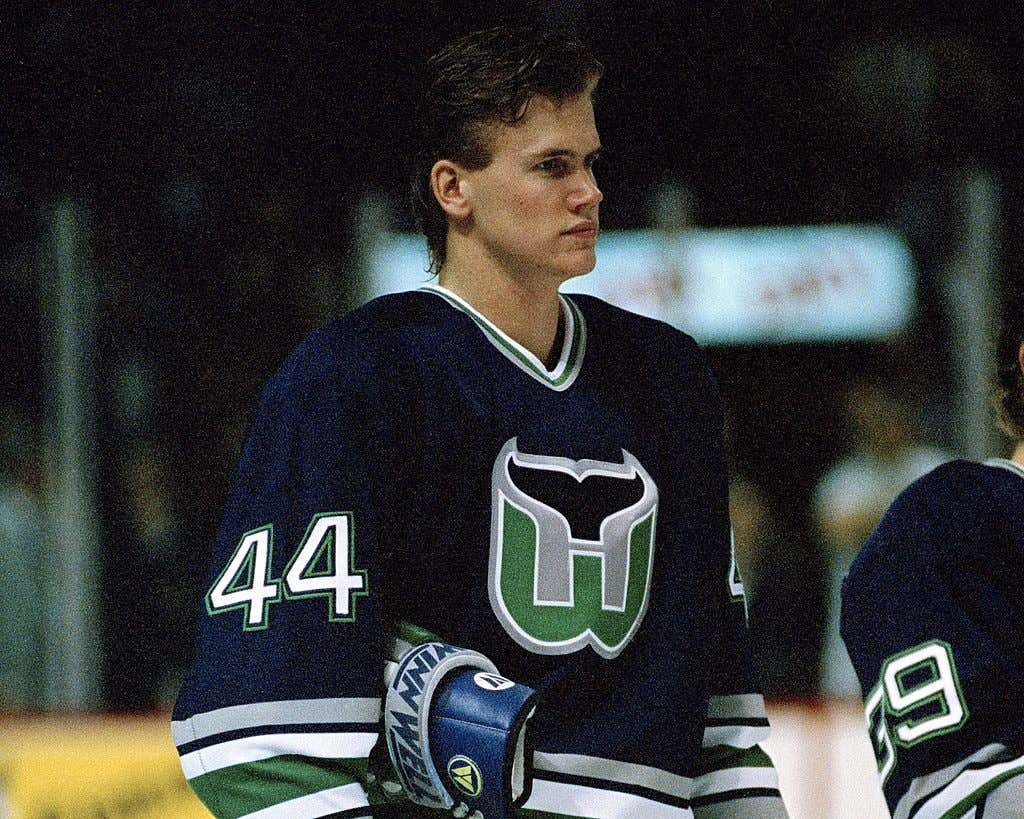 Earlier today I decided to do a little deep dive into the 1993 NHL Draft because...well...there are no sports going on and I'm losing my mind. In that blog I talked about the ripple effects from the Flyers trading for Alexandre Daigle. I talked about how the Quebec Nordiques took Jocelyn Thibault with the 10th overall pick they got from Philly in the Lindros trade and later turned Thibault into a trade Patrick Roy. But out of all the moves that have gone down in the aftermath of the 1993 NHL Draft, nothing comes close to what transpired on July 27, 1995. 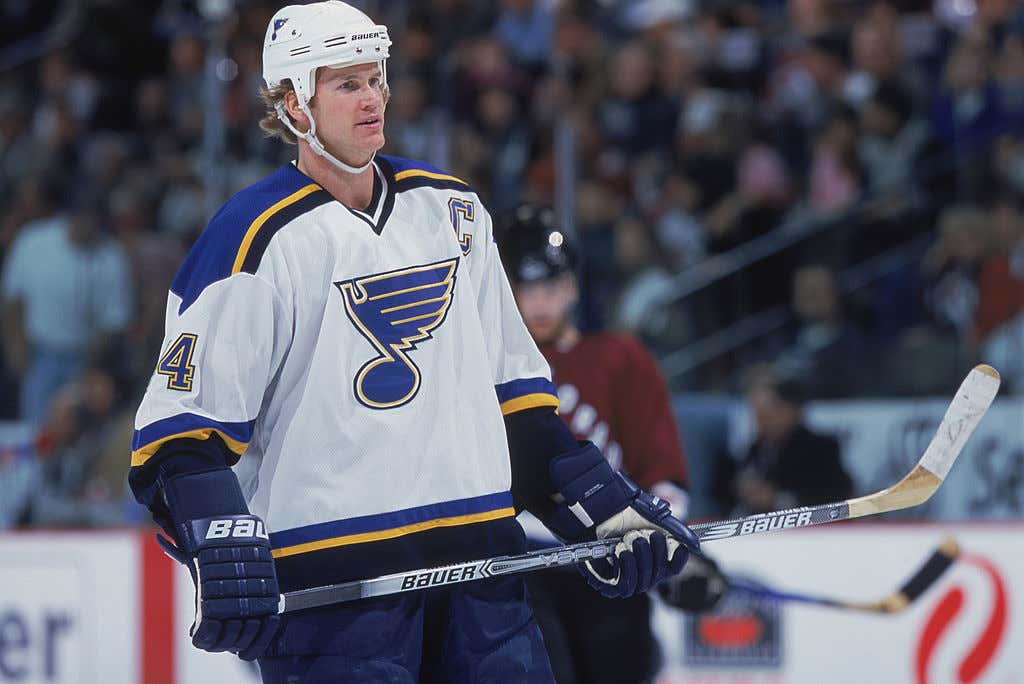 After just 2 seasons in Hartford, the Whalers traded Chris Pronger to the St. Louis Blues in a one-for-one swap for Brendan Shanahan. Now the trade meant pretty much nothing for the Whalers since they were going out of business anyway. But what it did was force Shanahan to demand a trade out of Hartford since he hated it there. The team was trash, had only won 1 playoff series in their existence, and they had to play in Hartford. So in the beginning of the '96-97 season, Brendan Shanahan got his wish.

On October 9, 1996, the Hartford Whalers traded Brendan Shanahan to the Detroit Red Wings in exchange for Paul Coffey, Keith Primeau, and a 1st overall pick in 1997 which ended up being Nikos Tselios. We can forget about Tselios since none of you know he exists. With Detroit, Shanahan would go on to play for 9 seasons and rack up 309 goals, 324 assists, and win 3 Stanley Cups. 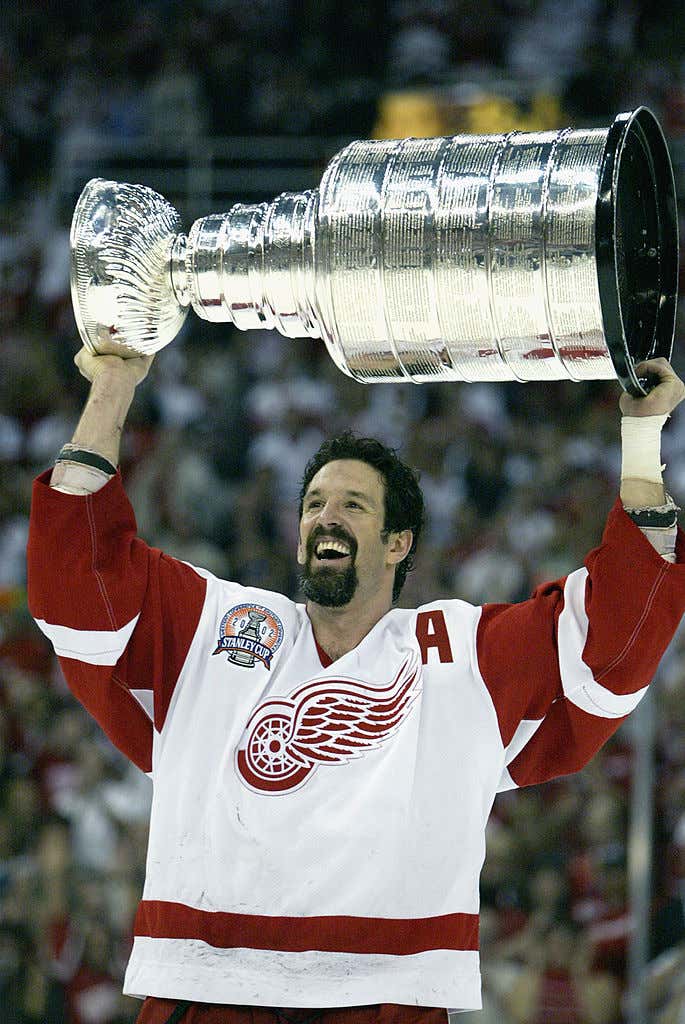 The Red Wings were loaded already for sure, but adding Shanahan put them over the hump. And without the Hartford Whalers trading Pronger to St. Louis for Shanahan and Shanahan subsequently despising his time in Hartford, it would have never happened. To make it even worse for Hartford/Carolina, Brendan Shanahan scored the series clinching goal when the Red Wings beat the Hurricanes in the 2002 Cup Final.

Now let's just stick with the Shanahan trade here for a minute. Because as you remember, Keith Primeau was a part of that trade. Primeau ended up being a pretty important pickup for the organization when they moved to Carolina and was the 2nd captain in Hurricanes history. But even more importantly than that, Keith Primeau was traded to the Philadelphia Flyers on January 23, 2000 in exchange for Rod Brind'Amour, Jean-Marc Pelletier and a 2nd round pick in the 2000 Draft.

So the Hurricanes traded their captain but in return, they'd get the guy who would hoist Lord Stanley's Cup over his head for the first time in the franchise's history. 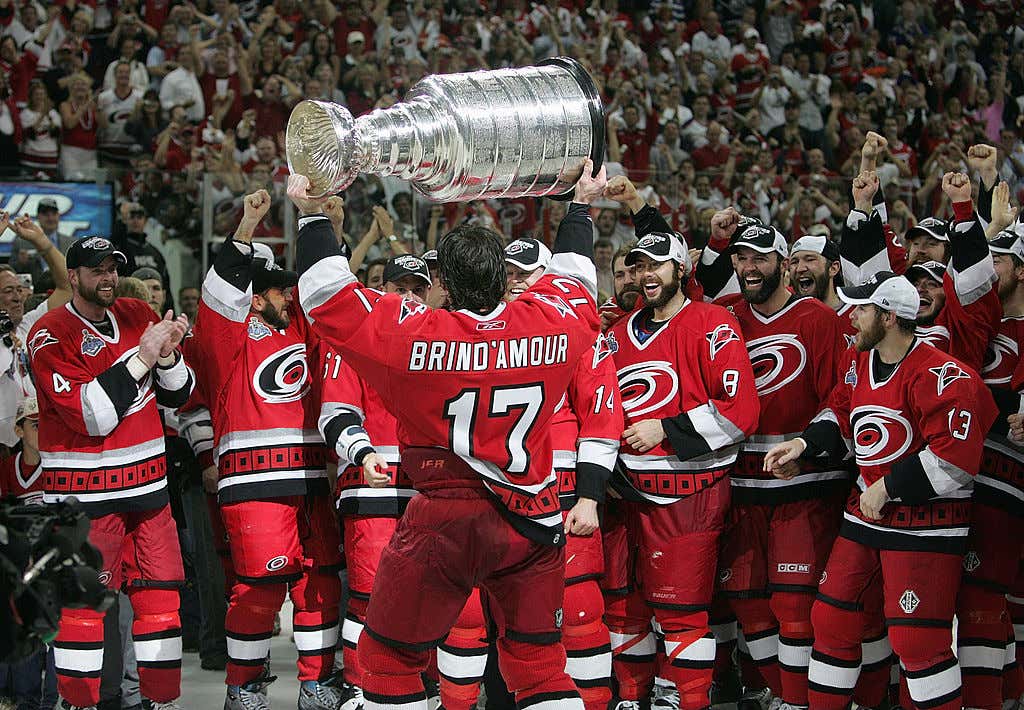 Brind'Amour played 694 games for Carolina, had 174 goals, 299 assists and led the team to winning their first Stanley Cup in 2006. And oh yeah, he's now the head coach of the Hurricanes. And again, all of this happened because the Whalers traded Pronger to St. Louis for Shanahan. Because if that didn't happen, then they don't trade Shanahan to Detroit for Primeau. And if that doesn't happen, they don't trade Primeau to Philly for Brind'Amour.

So now if you're keeping track, that is 4 Stanley Cups that this trade has led to. The Hurricanes got theirs. The Red Wings got theirs thanks to the Whalers. But now what about the St. Louis Blues? How's about we go back to them for a moment.

On August 2, 2005, the St. Louis Blues traded Chris Pronger to the Edmonton Oilers in exchange for Eric Brewer, Doug Lynch and Jeff Woywitka. Now none of those names should mean anything to you right now. But St. Louis later traded Eric Brewer to Tampa Bay in 2011 for a 3rd round pick in the 2011 Draft. That pick turned out to be... 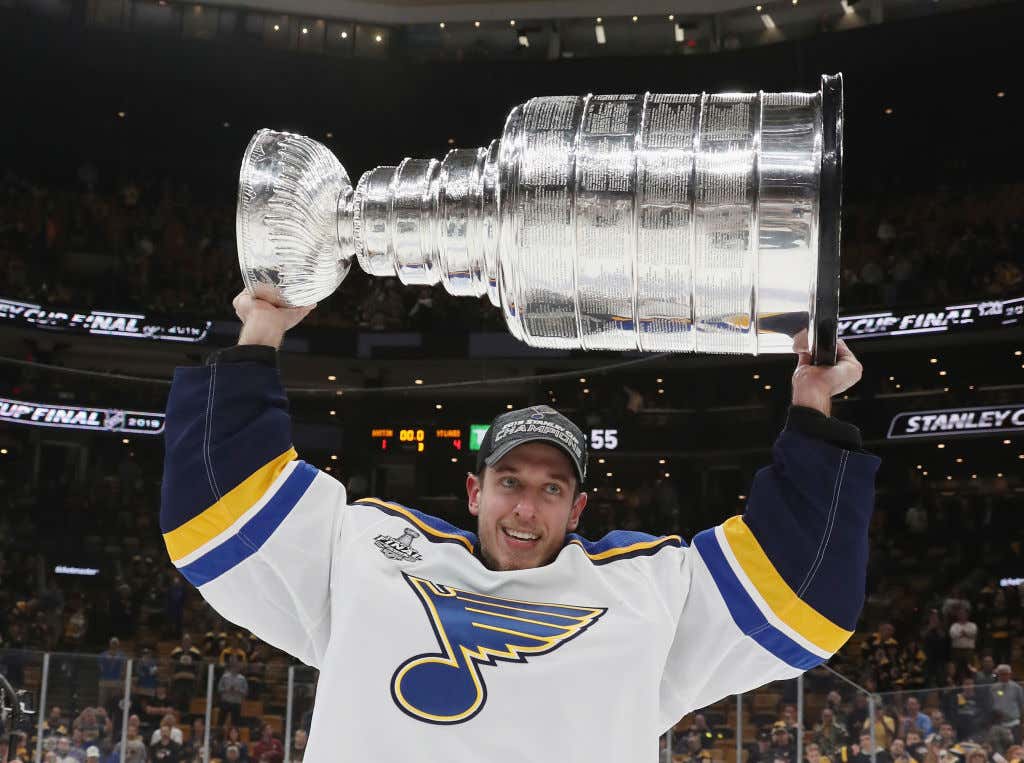 "With the 88th pick in the 2011 NHL Entry Draft, the St. Louis Blues are pleased to select Jordan Binnington from the Owen Sound Attack". 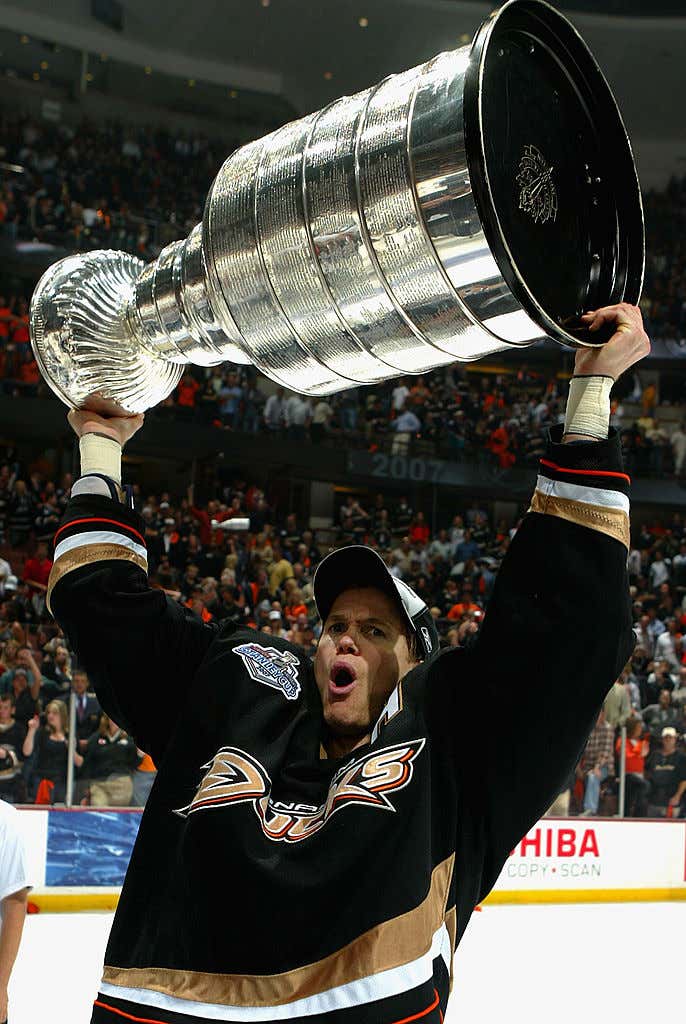