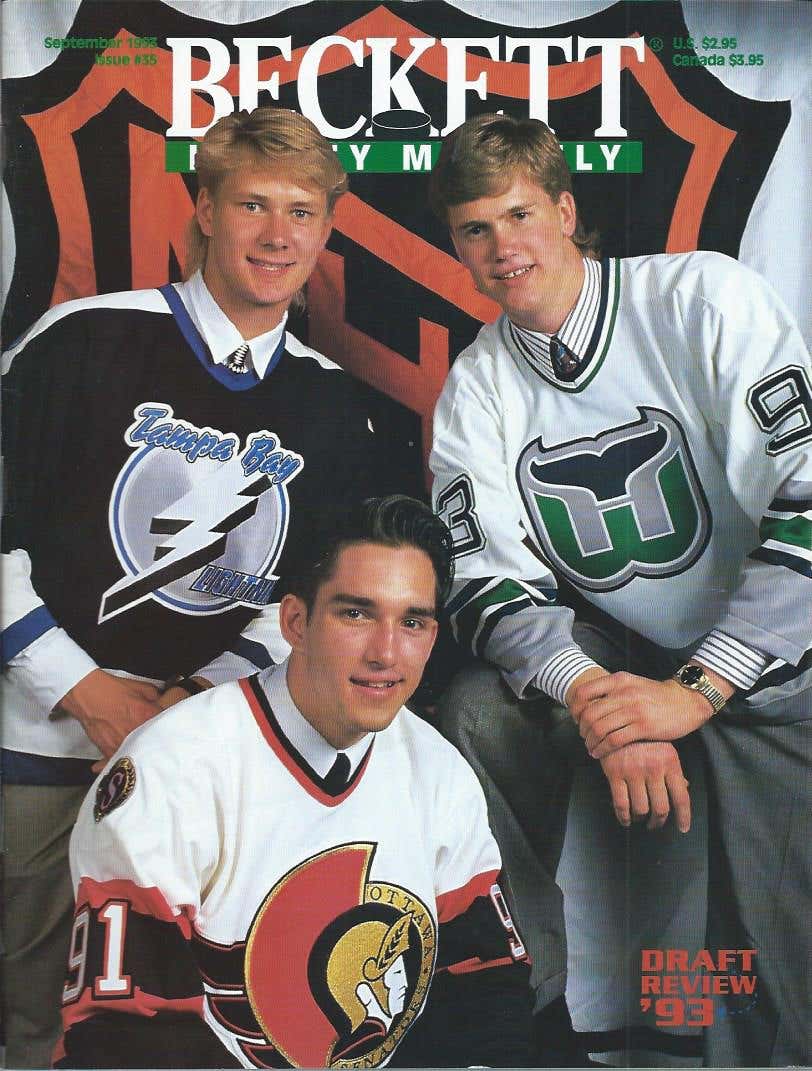 This morning I started off my day pretty much the same way I start off every day--looking back on some old Philadelphia Flyers teams and dreaming about how much better life would be if things had gone differently. People wonder why Flyers fans are out of our goddamn minds and its because there have been very few periods of time when this organization is actually bad. For the most part, the Flyers are always a successful team but its just that...well...I don't know. Maybe this organization is actually cursed because it doesn't make sense that it's been damn near 50 years since they've won the Cup. They have lost each of their last 6 trips to the Stanley Cup Final.

Which brings me to this morning when I was looking back at how loaded the 1997-78 Flyers roster was. The team just got over losing the Final to Detroit but all the usual suspects were coming back. You had Lindros, LeClair, Brind'Amour, Desjardins, Coffey and Hextall. But then you also had a pair of newcomers to the squad in Alexandre Daigle and Chris Gratton. And that's when I realized...the Philadelphia Flyers actually won the 1993 NHL Entry Draft. 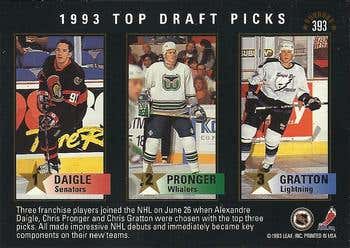 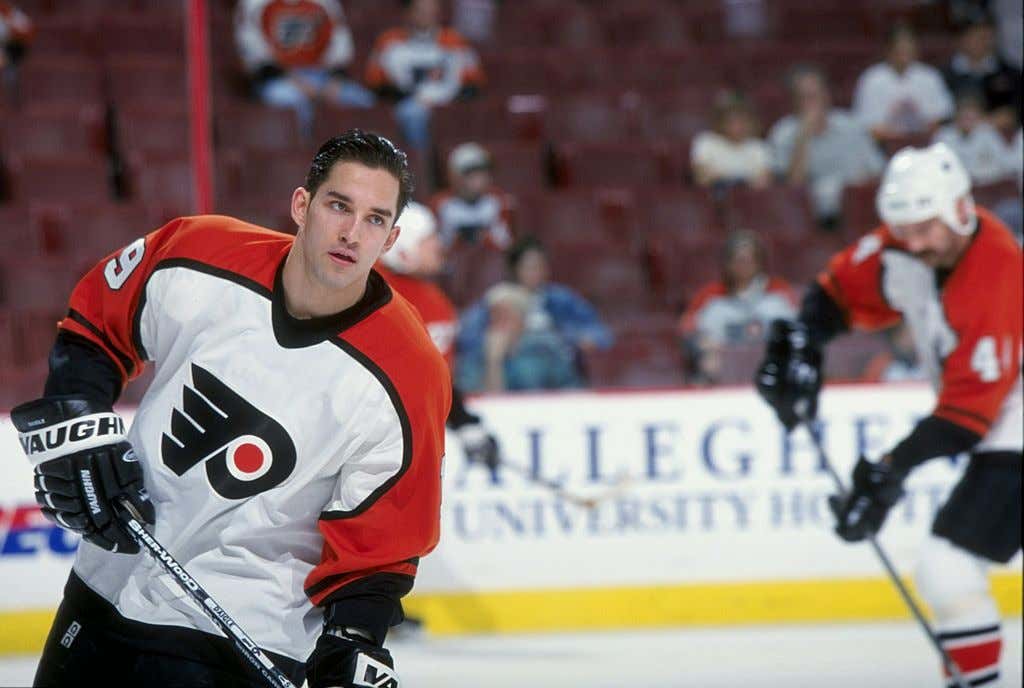 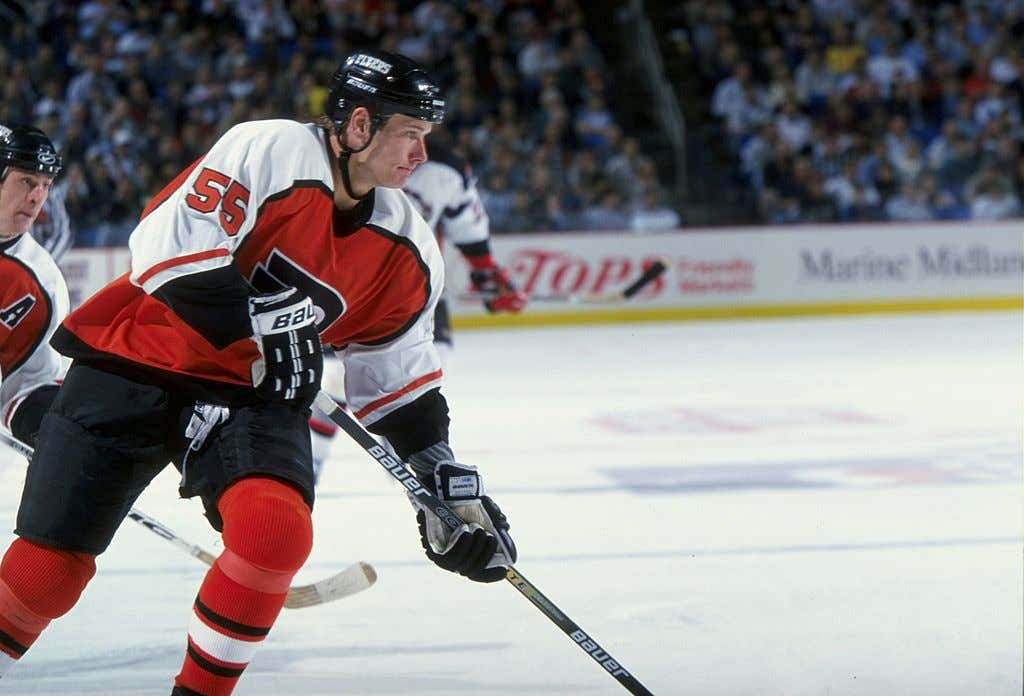 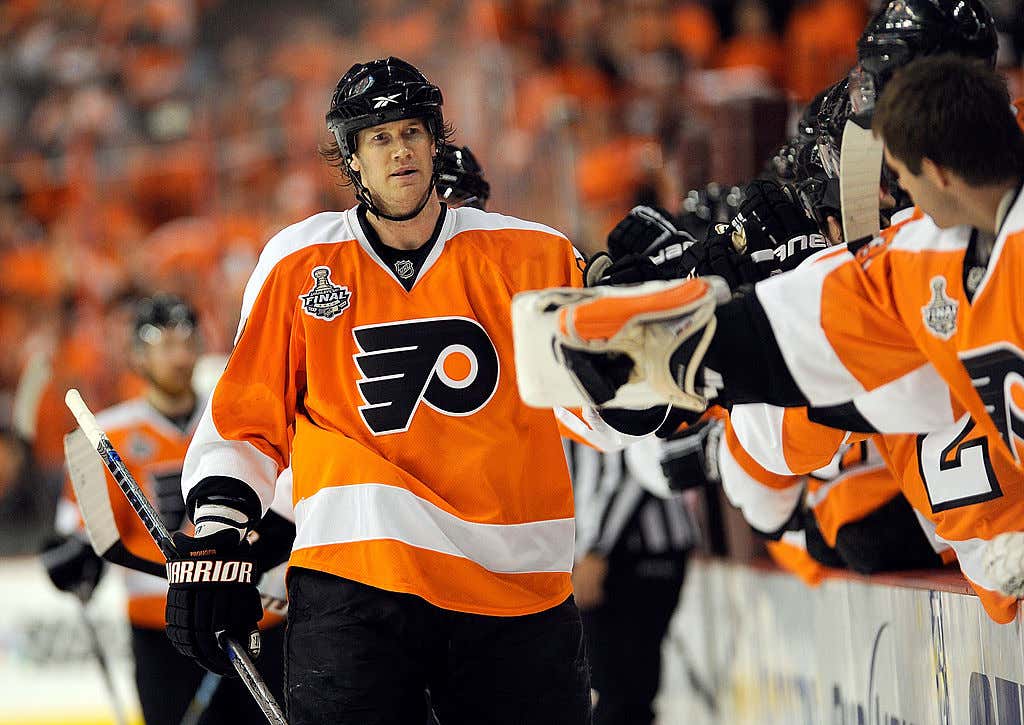 The Flyers came out of the 1993 NHL Entry Draft which each of the top 3 picks. I've been trying all morning and I can't find another team in NHL history who has done that before. The Sharks ended up with the top 2 picks from 1997 with Joe Thornton and Patrick Marleau, but they were never able to land Olli Jokinen. The Vancouver Canucks obviously had both Sedins from 1999, but they never had Patrik Stefan since Stefan was out of the league before the Thrashers were. And the most important thing here is that the Flyers didn't even have a pick in the 1st round of the 1993 Draft.

That pick had gone to Quebec in the Eric Lindros trade. And taken 10th overall with that pick with Jocelyn Thibault. Now to be fair, Thibault was later traded by the Avalanche to Montreal in a package for Patrick Roy so technically the Quebec/Colorado organization did pretty well for themselves with that pick. But that's not the point of this blog. The fact of the matter here is that when you look back at it, the Philadelphia Flyers absolutely dominated the 1993 Draft.

And what became of it? Well I guess it would make sense to start with Daigle since "nobody remembers [who gets drafted] number 2".

The Flyers acquired Daigle on January 17, 1998 in exchange for Pat Falloon, Vinny Prospal and a 2nd round pick in 1998. Now Alexandre Daigle is easily the biggest bust in NHL history. Sure, he was in the league longer than Patrik Stefan and managed to put up more points. But I don't think Stefan had nearly as much hype as a prospect as Daigle did. So all things considered, that's a pretty reasonable package to send to Ottawa for a former 1st overall pick, especially considering the package the Flyers had already sent to Quebec for Lindros. And when Daigle first came over to the Flyers, he looked like maybe this was the perfect "just needs a change of scenery" move. He had 9 goals and 17 assists in 37 games.

But the next season he sucked ass and only had 3 goals and 2 assists in 31 games so the Flyers traded him to Edmonton on January 29, 1999 and he was traded that same day by Edmonton over to Tampa. So Alexandre Daigle's career in Philly lasted for 68 games with 12 goals, 19 assists and a 4-1 series loss to Buffalo in the 1998 ECQF.

As for Ottawa, Vinny Prospal had a pretty solid stint with them but he'd later return to Philly. Pat Falloon left in free agency later that year after the trade. And the pick they got from the Flyers turned into Chris Bala, who nobody has ever heard of until right now.

Next up will skip over Pronger and get to Chris Gratton since they were on the same team. The Flyers didn't have to give up anything for Chris Gratton since they signed him in free agency in 1997. Kind of weird that a team would let a 3rd overall pick just walk away for free after 4 seasons, but the team stunk so whatever. Anyway, Gratton's career in Philly lasted for 108 games, he had 23 goals and 47 assists and was on that same team that got shut down by Dominik Hasek in the 1998 ECQF. Clearly Tampa Bay wasn't totally over him yet since he was traded back to the Lightning on December 12, 1998 for Daymond Langkow and the return of Mikael Renberg.

Nothing else really ever came out of Chris Gratton for Tampa. They traded him again at the deadline in 2000.

Finally we get to Chris Pronger and ya know what? I'm actually going to split this up into another blog because after taking a deep dive into it, the butterfly effect that Chris Pronger has had on the league is insane. We're talking a butterfly effect that has led to 6 Stanley Cups across the league, at least that I was able to piece together. We'll get more into that on the next blog but yeah, Pronger obviously took a more roundabout path to the Flyers than Daigle and Gratton.

Pronger went from Hartford to St. Louis to Edmonton to Anaheim to Philly. The Flyers traded for Pronger on June 26, 2009 in exchange for Joffrey Lupul, Luca Sbisa, a 1st round pick in 2009 which the Ducks traded to Columbus who took John Moore, and a 1st round pick in 2010 which ended up being Emerson Etem. Honestly there's really nobody from either of those drafts that the Flyers missed out on since they were such late picks in the 1st round, so losing the draft picks was nothing. Also, Pronger for Sbisa is a no-brainer. So all things considered, I'd do that trade 10 times out of 10.

Obviously the move was a huge success right off the bat. The Flyers advanced to the Stanley Cup Final in 2010 before--yet again--running into the start of another dynasty. But after that first season in Philly, I don't think I need to remind everybody about what ended up happening with Pronger's career. One freak accident later and that was pretty much all she wrote. Super shitty way for his career to fizzle out, and again Flyers fans are left just dreaming about what could have been. Who knows how much different things would have been in Pronger was able to stay healthy and keep that team in check. If you listened to the Pronger interview on Spittin Chiclets, you heard him say he could have reeled Bryzgalov in so he wouldn't have gone off the deep end like he did. But without being in the locker room and having that presence in the building every day, the Flyers lost in the conference semis each of the next 2 years and haven't won a playoff series since. 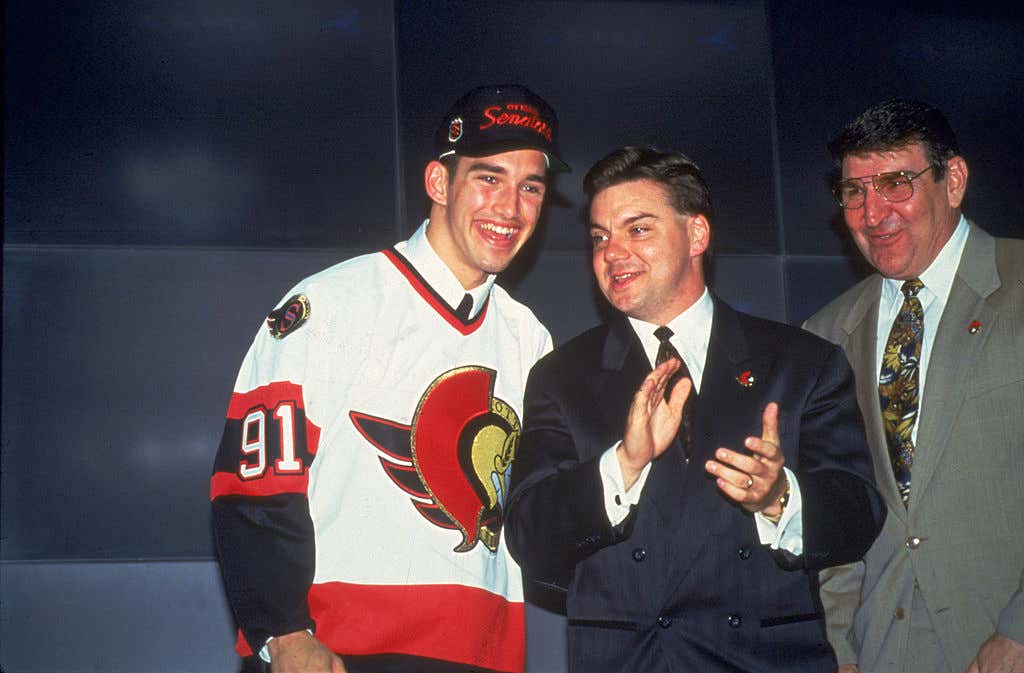 When you put it all together, the Philadelphia Flyers got the top 3 picks in the 1993 NHL Entry Draft for Pat Falloon, Vinny Prospal, Joffrey Lupul, Luca Sbisa, a 2009 1st, a 2010 1st, and a 1998 2nd. Say what you want about how their careers went in Philly but you have to go ahead right now and declare the Flyers as the winners of the 1993 Draft. And they did it all without a single pick in the 1st round.

I'm willing to admit the Ducks did pretty well with that Kariya pick at #4 but I'm still standing by my claim that the Flyers absolutely dummied that draft. Unless, of course, you want to say that Quebec/Colorado did alright by turning Jocelyn Thibault into Patrick Roy. But I'm counting the Nordiques and Avalanche as 2 separate teams so once again I'm giving the title to Philly.

Stick around for part 2 and the Chris Pronger butterfly effect.