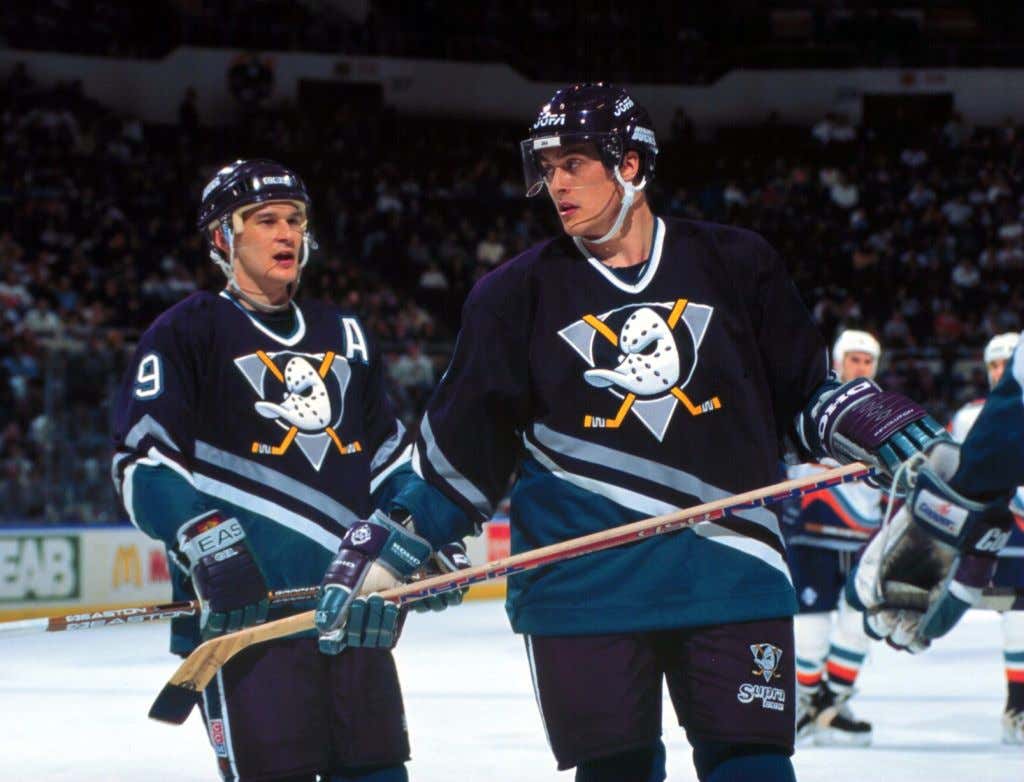 The Anaheim Ducks have played in the Stanley Cup Final twice since coming into the league. But unfortunately, they never got a chance to play for the Cup when they had both Kariya and Selanne on the same squad. That's because a couple of weeks before the 2001 Trade Deadline, the Mighty Ducks of Anaheim split the two up and sent Teemu Selanne to San Jose in exchange for Jeff Friesen, Steve Shields and a 2nd round pick in the 2003 draft. 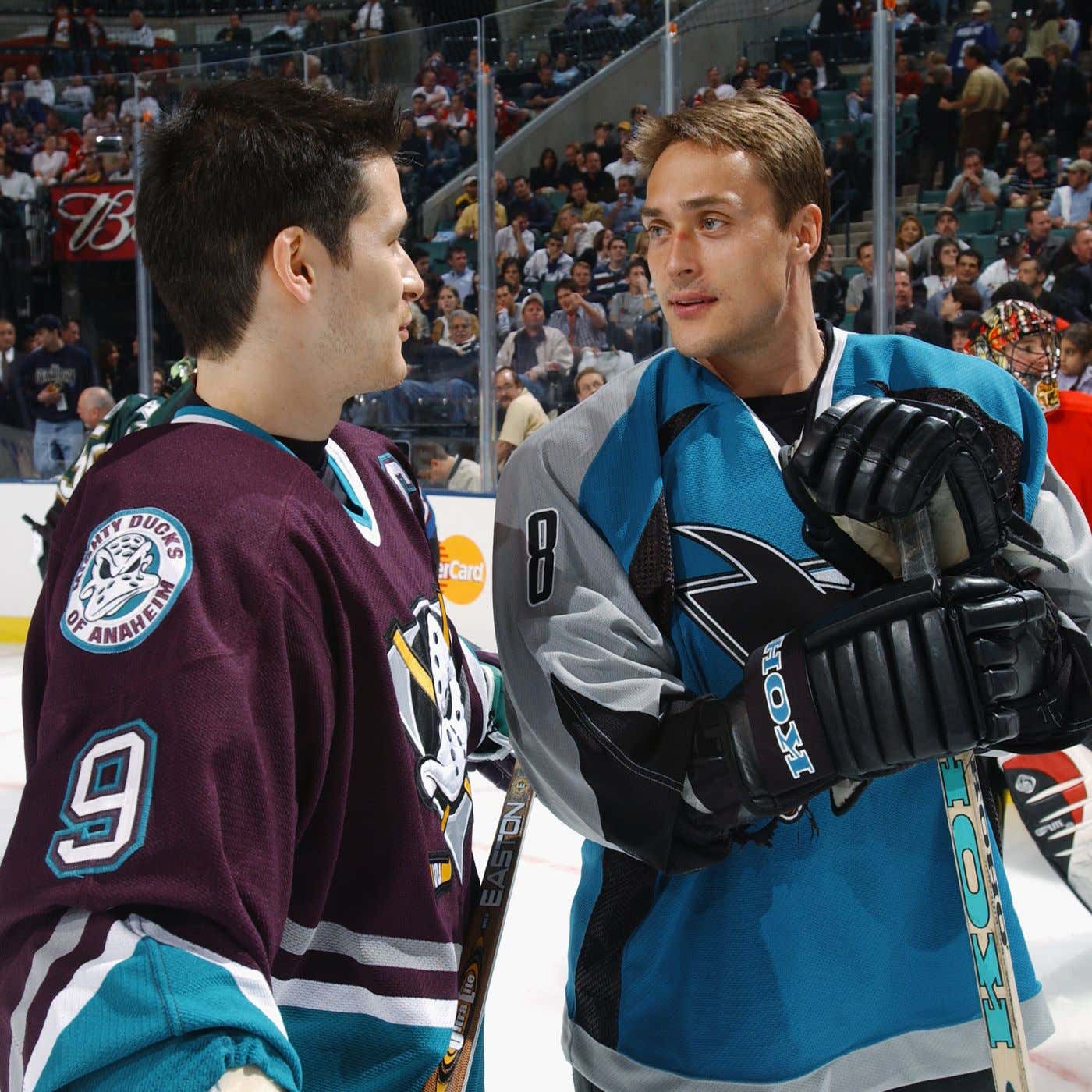 I don't know why but for some reason I always end up blacking this moment of history out from my mind. For the majority of time, I always just picture Teemu Selanne playing his rookie year putting up 76 goals in Winnipeg, and then spending the rest of his career with the Ducks. But no, there were those 3 years that he spent in San Jose and then there was the other year where he and Kariya got back together to play in Colorado. 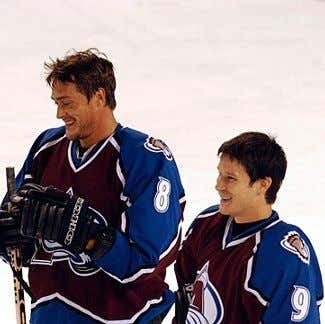 But I digress. The point of this blog is that the Ducks split up Kariya and Selanne in 2001, and it directly led to Selanne winning the Cup back in Anaheim in 2007. Here's how.

Just a year after getting traded to Anaheim for Selanne, the Ducks ended up trading Jeff Friesen to New Jersey in a package that ended up bringing Mike Commodore to Anaheim. The good news for Friesen is that he would go on to win the Cup with New Jersey when they beat Anaheim in the 2003 Final, the same Final when Paul Kariya went from off the floor to on the board.

So now you've got Commie in Anaheim from the Selanne trade tree. Well technically he never made it to Anaheim because he spent the rest of that season in Cincinnati, but you get the point. Anyway, Commie was traded to Calgary at the next year's trade deadline and heading back to Anaheim would be Rob Niedermayer.

So it goes Selanne to San Jose for Friesen in 2001. Then Friesen to New Jersey for Commie in 2002. And then Commie to Calgary for Rob Niedermayer in 2003. Which all led to the Ducks losing to New Jersey in game 7 of the 2003 Stanley Cup Final. But the most important thing there is that Rob Niedermayer would go on to stay 5 more seasons in Anaheim. And during his career in Anaheim... 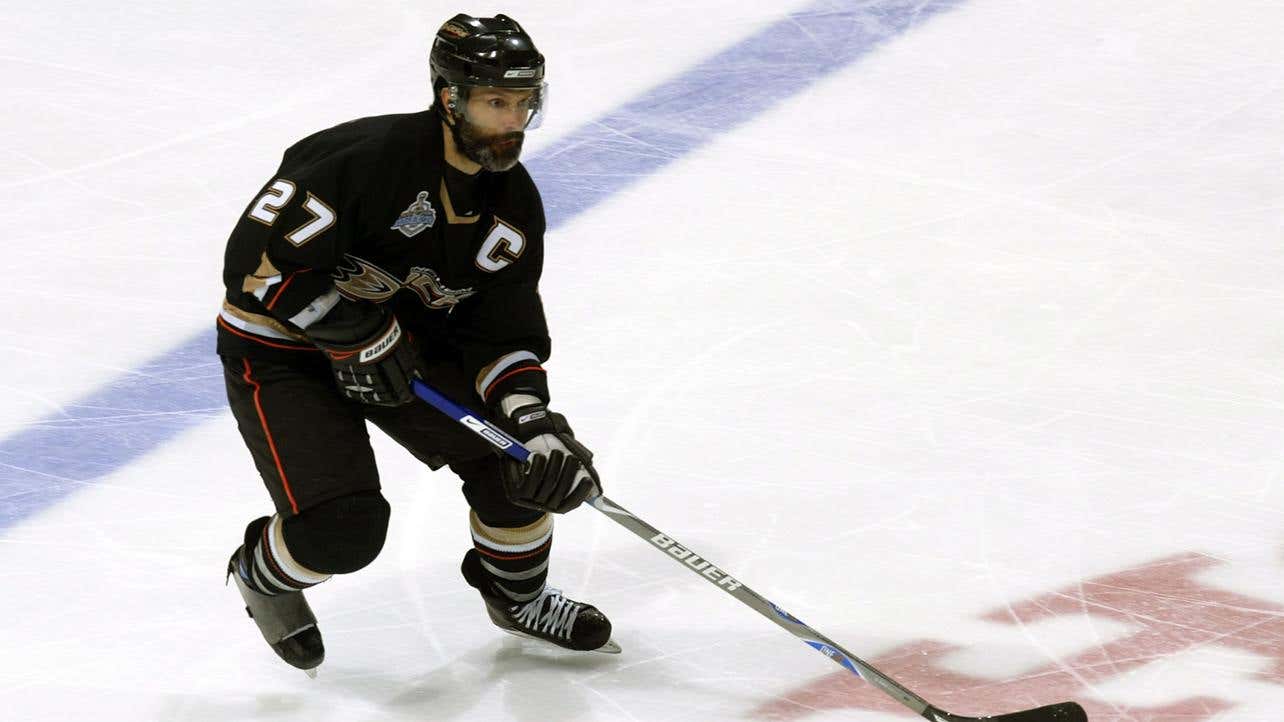 Scott Niedermayer was an unrestricted free agent in the summer of 2005. He was already a 3x Stanley Cup Champion with New Jersey, and he had just won the Norris Trophy in 2004. He could have gone to any team in the league, and he also could have stayed with the Devils after they offered him a 5-year/$7.8M contract. But instead of signing for more years and more money, he chose to sign a 4-year/$6.75M deal with Anaheim so he could play with his brother.

That same year, Teemu Selanne was a free agent after his 1-year reunion with Paul Kariya didn't work out in Colorado. So Selanna ended up taking a 1-year deal to make his way back to Anaheim. Scott Niedermayer was immediately named the captain of the Ducks after the 04-05 lockout, and just 2 seasons later...

Teemu Selanne finally gets a chance to hoist the Stanley Cup over his head as Scott Niedermayer leads the way and wins the 2007 Conn Smythe Trophy as the MVP of the Stanley Cup Playoffs.