It's nice to see good things happen to good people.

When 2021 Cup Series Rookie of the Year, Chase Briscoe, first interviewed with me and Spider last season, Spider ended our talk saying Chase will be winning races real soon.

And, as is so often the case (except when picking NCAA tournament teams... Marquette?), Spider was right.  After holding off two late-race restarts (including the final restart with three laps remaining), Chase Briscoe claimed his first NASCAR Cup Series victory in last Sunday’s Ruoff Mortgage 500 at Phoenix Raceway.

Afterward, he sat down with us again.  At first, to gloat a little and then also to preview this week's race that is running on a refurbished Atlanta Motor Speedway that no race team has a confident opinion on.

As is the case every week this season, the Barstool Sportsbook is offering a few Featured Matchups for this race... 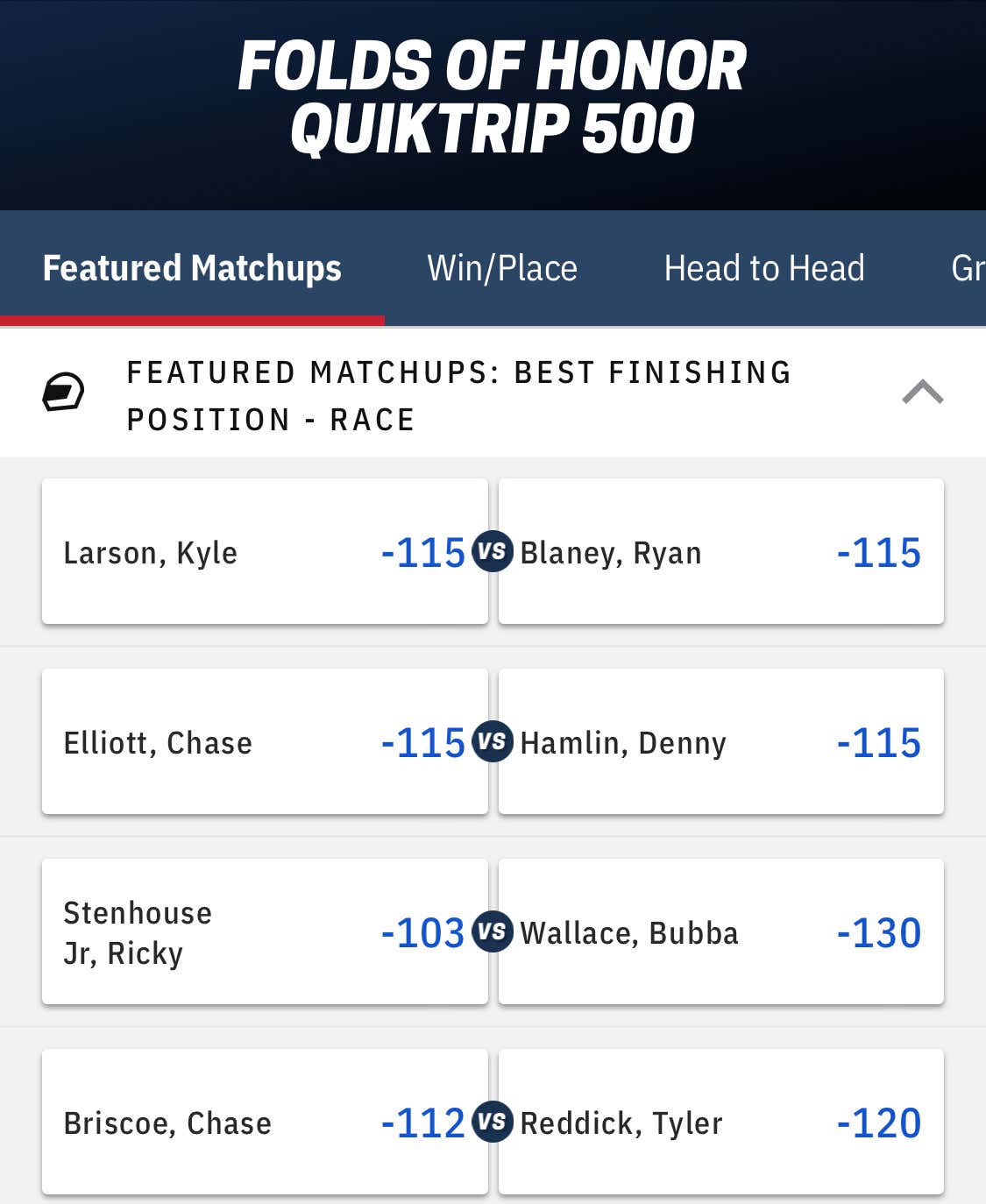 I find that last one to be the most intriguing as Atlanta is rumored to be running more like a superspeedway after the recent improvements… And Spider's guy, Briscoe, finished 3rd at Daytona earlier this season.  Meanwhile, after two top 10 finishes in a row, my good friend, Tyler Reddick, also appears to be garnering some early season momentum.

You can watch Chase driving the No. 14 Ford Mustang for Stewart-Haas Racing at the Folds of Honor QuikTrip 500 LIVE from Atlanta Motor Speedway starting at 3 PM EST on FOX.