Chase Elliott is currently tied for point leader in the NASCAR Cup Series along with Ryan Blaney… He's had 8 starts and no wins (yet), but 1 top 5 (at COTA) and 4 top 10s.

He carved out exactly 11 minutes to chat with me and Spider this week about the Hall Of Fame news he almost missed, how he feels about racing on Saturdays, and who he likes in The Masters.

Right now, at +700, Elliott has the second shortest odds to win Saturday's race and he's also pitted against Denny Hamlin in this week's Featured Matchup on the Barstool Sportsbook. 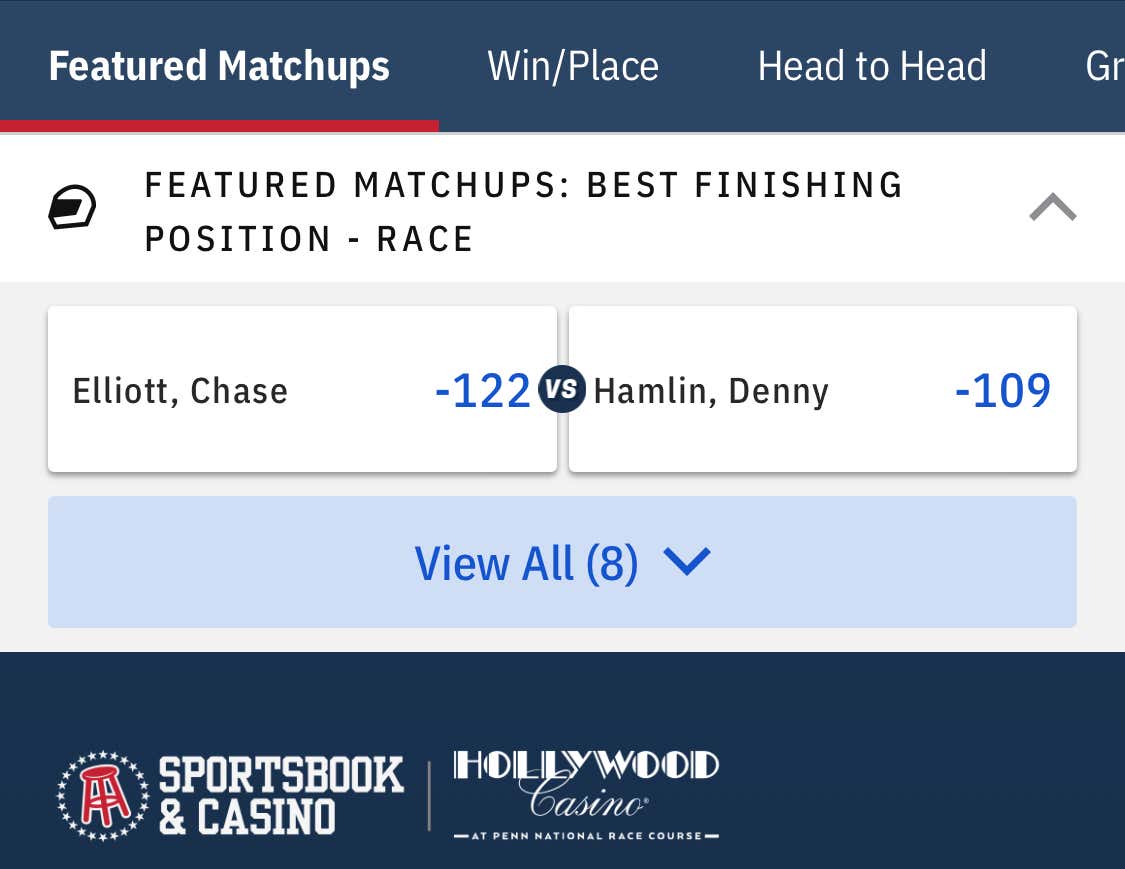 Chase and Denny are two of NASCAR’s best short-track racers, and this is a rematch of their infamous dustup in the 2017 Martinsville Playoff race, in which Hamlin wrecked Elliott on a late restart, costing Elliott a shot at advancing to the Championship Round of the ’17 Playoffs.

So as the sun is going down, you can watch the 2020 NASCAR Cup Series Champ, Chase Elliott, driving the #9 Chevy for Hendricks Motorsports for 400 laps of close-quarters action on a true short-track known as “The Paperclip”
at The Blue Emu Maximum Pain Relief 500 in Martinsville Speedway… SATURDAY NIGHT starting 7 PM EST on FS1.