After an exhibition at the LA Coliseum two weeks ago that was fun to look at but sometimes frustrating to watch, NASCAR is kicking off its Cup Series with the MOAR(aces)... The Daytona 500... The season opener for NASCAR since 1982. 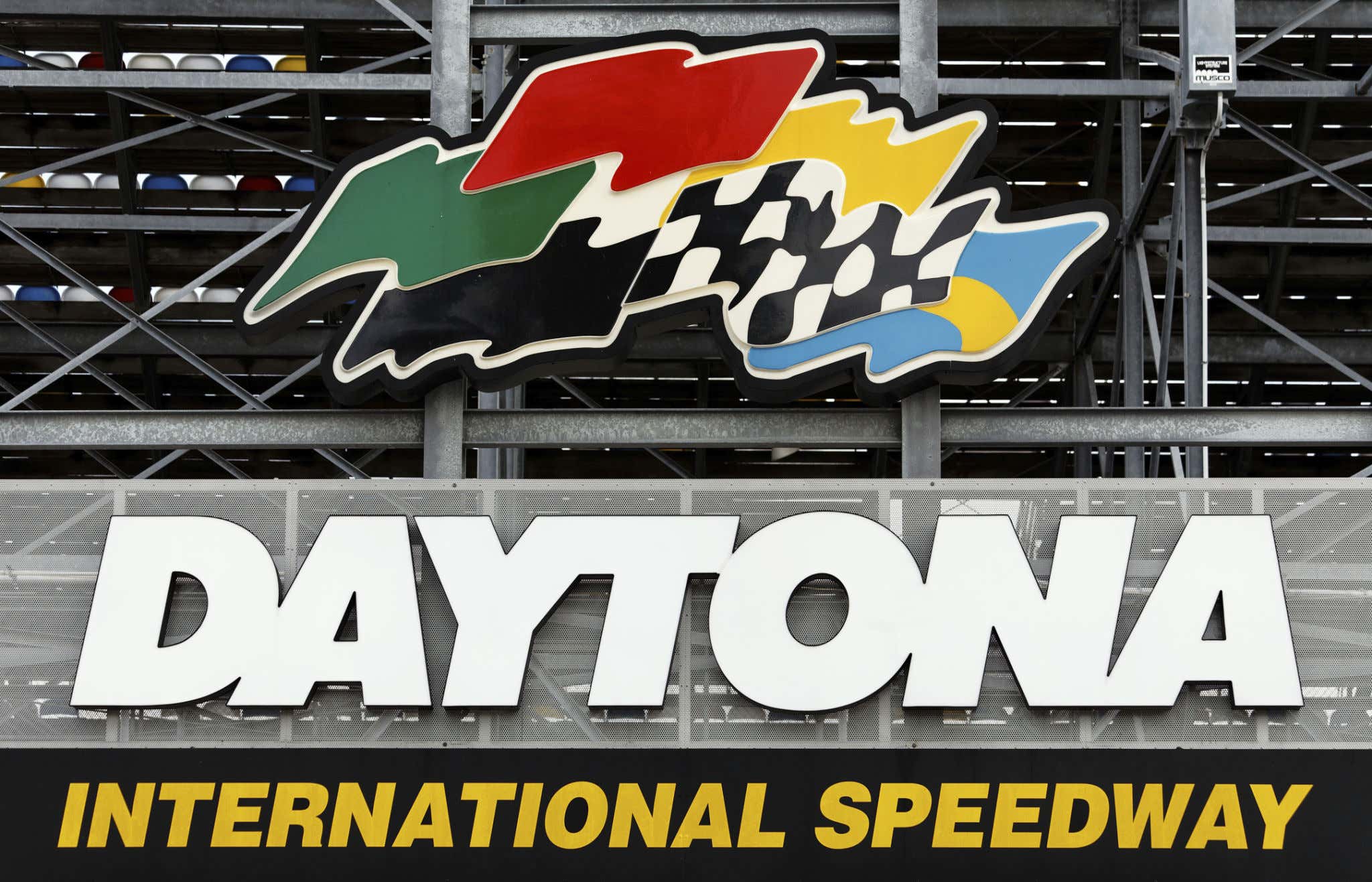 And following on the success we had with Barstool Carl in Pheonix last season, Spider and I are going to take NASCAR virgins to a total of 5 races this season… Jeff D Lowe already popped his race day cherry with us for The Clash, and now Eddie, Glenny, and Marty will be with us in Florida for The Great American Race where Spider and I have enlisted the help of some friends to break the boys in…

We still have Bristol, Sonoma, and Miami on the schedule, so if you have any recommendations of who we should bring to those exotic ports of call, drop them in the comments.

But onto this weekend's big race…

Unlike the quarter-mile short track I mentioned earlier, Daytona is a superspeedway that measures 2.5 miles around its tri-oval shape, with 31-degree bankings in the turn and 180 acres in the infield (including the 44-acre Lake Lloyd).

Earlier this week, we sat down with Austin Dillon, winner of the 2018 Daytona 500 who is looking for another win this year driving the No. 3 Chevrolet Camaro for Richard Childress Racing while his uncomfortably attractive former NFL cheerleader wife, Whitney Dillon, watches from the stands sitting in a giant black leather chair while sipping champagne…

The interview with Austin is attached above, and, as usual, he was a pleasure to sit down with.

You guys know I cover boxing also, and it is hit-or-miss with fighters either being really nice guys (like Canelo and Fury) or total assholes (like guys I am afraid to call out)… So chatting with these consistently wonderful drivers week in and week out is a fucking delight.

The Barstool Sportsbook has a full menu of bets for the race and asked for our input on a couple they want to highlight, so after much deliberation, this week's Featured Matchup is Denny Hamlin (Carl's guy) vs Joey Logano (Frank the Tank's guy).

This is a matchup of the two strongest drivers at Daytona/Talladega Super-speedways over the past half-decade, and the two drivers notably were among the strongest cars in the off-season Next-Gen testing at Daytona and nearly wrecked each other at one point during the test.

Therefore, I picked them to go head-to-head… And I threw Austin vs Bubba in there also, just for the hell of it. 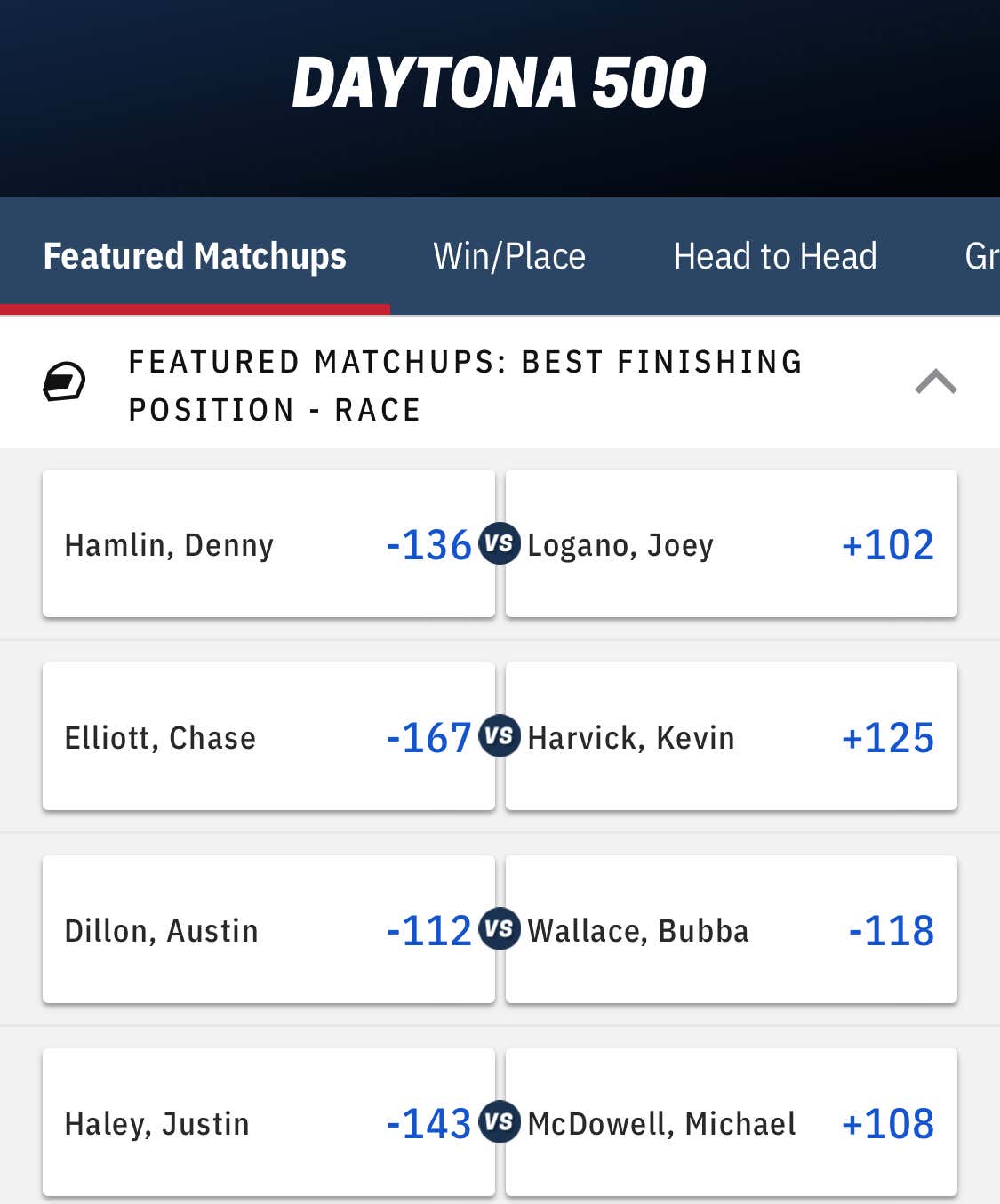 On top of that head-to-head, the Sportsbook is also boosting odds on both mine and Spider's favorite to win… Spider is going with a more chalk pick in Ryan Blaney while I am picking a longer shot in Tyler Reddick, who was leading through 52 laps in LA before the axel snapped on his 3Chi sponsored Chevy Camaro. 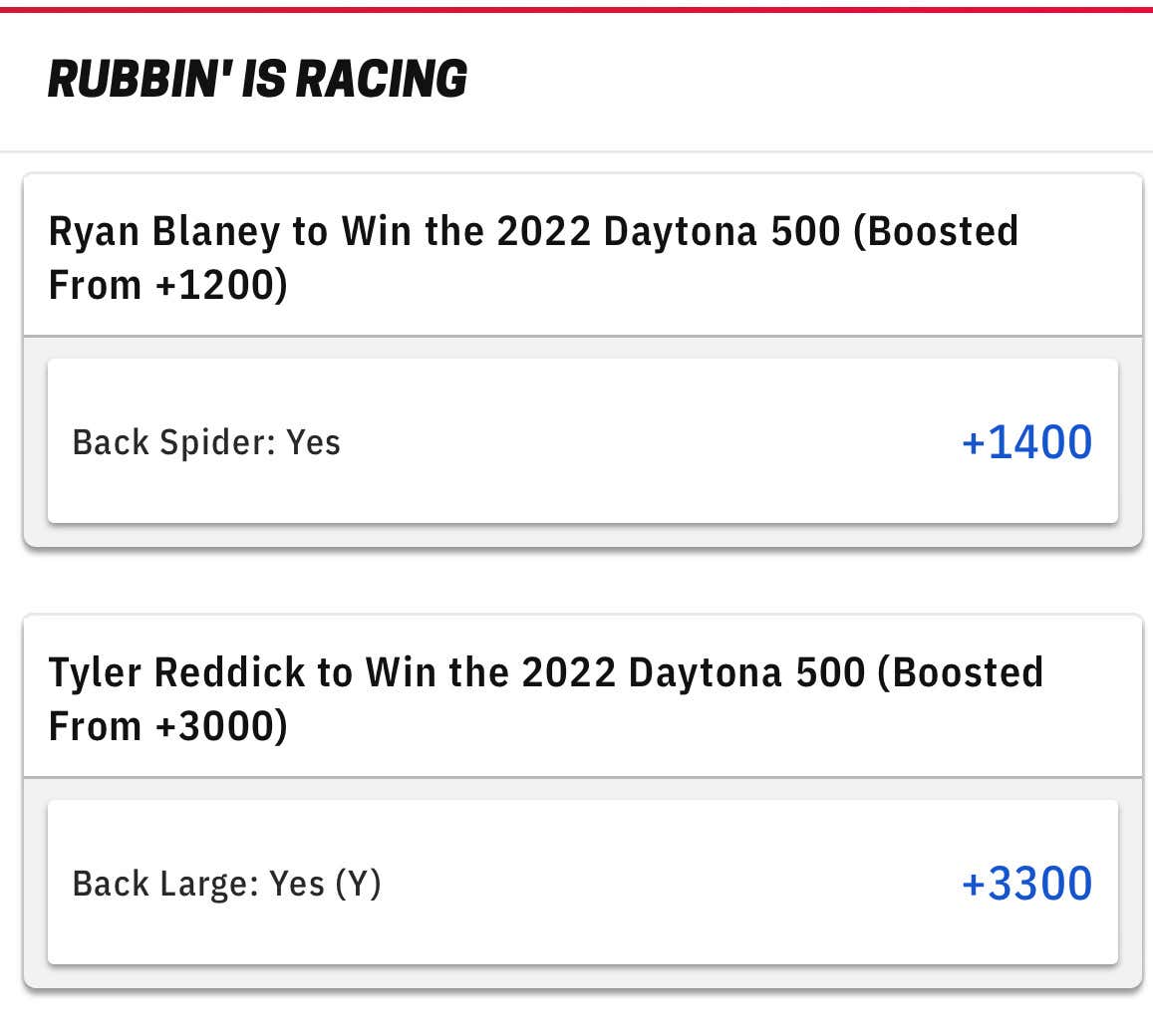 So plenty to bet on and plenty to watch when you tune into FOX on Sunday at 2:30 EST to watch the "Super Bowl of Stock Car Racing", The Daytona 500.