As far as NASCAR is concerned, Barstool continues to get access to winners.

Last Sunday, William Byron driving the No. 24 Chevrolet Camaro for Hendrick Motorsports won the third race of the cup season at the Dixie Vodka 400 at Homestead-Miami Speedway, where he led the pack for 101 of the final 112 laps.

The victory was Byron’s first of the season, first at Homestead and the second of his career. The win was the 264th in the NASCAR Cup Series for Hendrick Motorsports, leaving the organization just four victories behind Petty Enterprises for most all-time.

He's also friends with this guy… 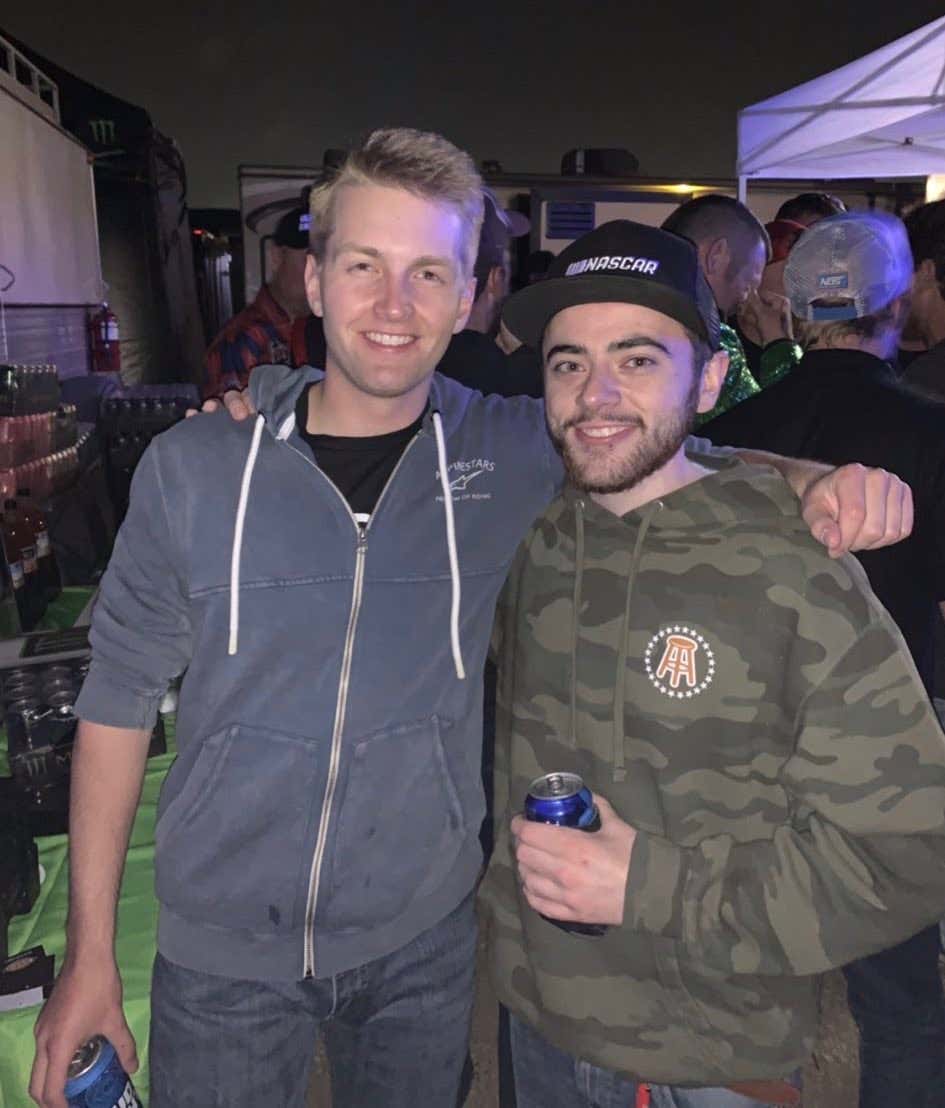 Once again, Spider deftly balanced his professionalism with his fandom for Byron, and we were able to pick Will's brain about…

- Differences between the Truck Series and now.

- How iRacing has changed the way he prepares for races.

- What it was like to be reunited with his old crew chief, Rudy Fugle.

- What the fuck does "grip loss" mean?

- How does he feel about being yet another young gun for NASCAR?

And finally, he breaks down the field at next weekend's Pennzoil 400 Presented By Jiffy Lube from Las Vegas Motor Speedway.

The Barstool Sports Book currently has Byron at +1800 going into Sunday's race (broadcast live at FOX starting at 3:30 PM EST) and the favorite is Kevin Harvick at +600.

And for those not-so-rare Finance/Racing bros who are looking to fuck around with something more than NASCAR, I am about to download the PlayBarstool app (PlayBarstool.com) and make 7 quick stock market predictions for a chance to win a progressive jackpot.