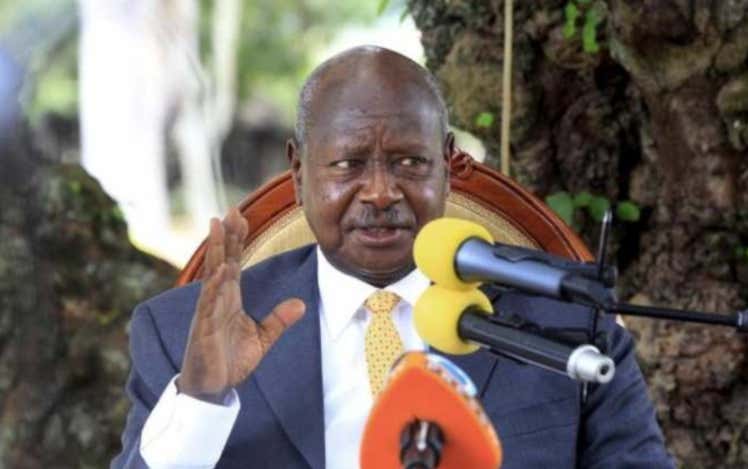 Think it’s safe to say we’ve all been here…

The date went well. It’s your third with him/her and you’ve really been hitting it off. But this time as you leave the pub, they ask if you want to come up to their apartment for a nightcap. Your heart stops, and your mind starts whirring so fast it makes all the red flags popping up inside of it unfurl & snap in its wind.

“Oh God, no,” we all think, “what if they want to partake in the oral stimulation of my genitals?”

Well, you can bring those red flags & your terror-boner back to half mast, because finally someone is stepping up to handle the problem; the President of Uganda, Yoweri Museveni. This week he issued a public warning that foreshadowed the end to our fears of getting blown to the smithereens of completion.

“Let me take this opportunity to warn our people publicly about the wrong practices indulged in and promoted by some of the outsiders. One of them is what they call oral sex. The mouth is for eating, not for sex. We know the address of sex, we know where sex is.”

That’s right. The mouth is only for eating. Don’t go buzzing the wrong doorbell (::clitoris reference::).

“But what about Ass Eatin’ SZN?” It’s canceled, and so are 74% of all Pink Eye cases thanks to this decree. You can finally put your sweaters away & hop on this righteous bandwagon speeding towards the sweet relief of Blue Balls City. You’re safe now. 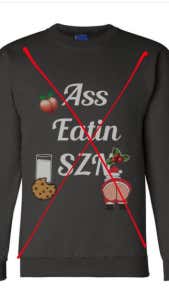 Sure, this guy has a terrible human rights record, especially against the LGBTQ community after passing the “Anti-Homosexuality Act” in 2014 which makes being gay illegal & punishable. (Should we start a campaign to send him all our Ass Eatin’ SZN gear?!) And yeah, almost 70% of the Ugandan population lives on less than $1 U.S. dollar a day. And OK, maybe the government spends less than 2% of their GDP on healthcare… but he’s definitely focusing on the right problem here. If God was a city planner he would not put a playground next to a sewage system.