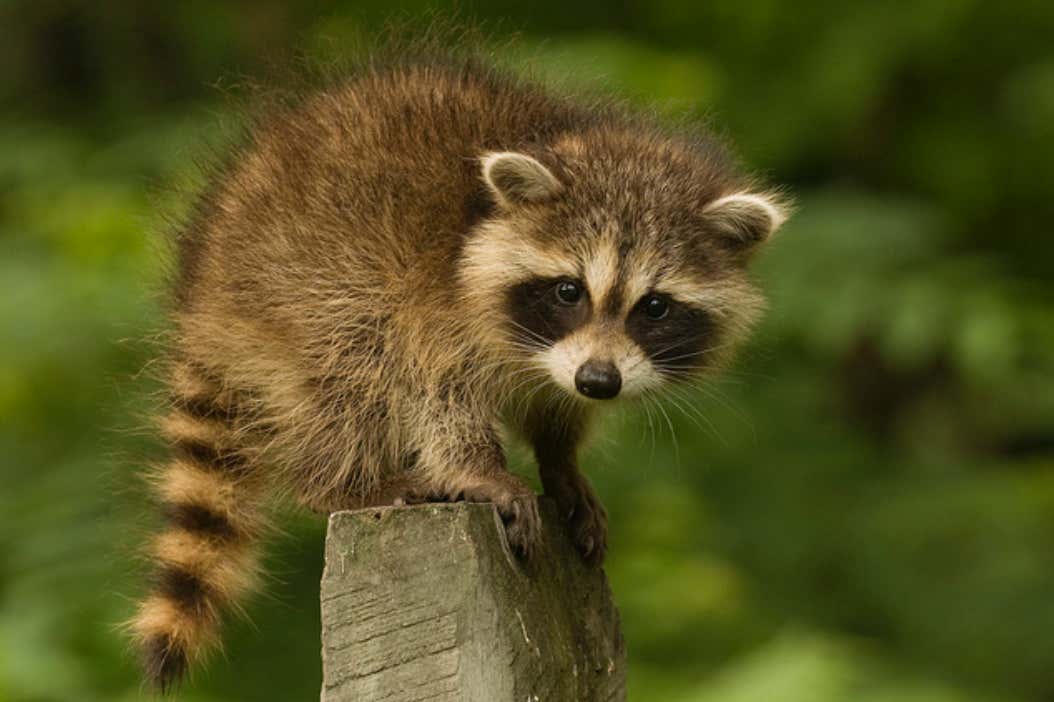 INDIANAPOLIS — Firefighters at Wayne Township Station 82 opened the door early Friday morning to a one-of-a-kind request for help: A frantic woman, distressed because her pet raccoon was stoned off of too much weed. The raccoon, according to Wayne Township Fire Dept. PIO Capt. Michael Pruitt, had been exposed to “too much” of someone else’s marijuana, and its owners were worried it was overdosing. Not knowing what to do, they brought it to Station 82. “The raccoon was very lethargic,” Pruitt said. “She started explaining what had happened. There wasn’t really much we could do, it was just the sort of thing that was going to take time.” Recordings of Southwest District’s radio chatter show the raccoon had IMPD officers baffled as well — at first, simply over what substance the raccoon was, in fact, high on.

I love it. A person worrying that their pet raccoon is too stoned is the most stoned panic move of all time. Imagine being in this lady’s shoes. You’re enjoying a nice day of sitting around and smoking all the weed you have. Those really are the best days. Those days are few and far between for me now that I’m a grown up with responsibilities but when I was in my early 20s with nothing to do? Smoking weed all day was the BEST. Now imagine you have a pet raccoon hanging around. That seems pretty awesome too. Just an all around good day. BUT THEN the one thought creeps into your head and ruins everything. Like, “Did I get my raccoon TOO stoned? Oh shit.” It freaked this lady out so much that she went and tracked down firefighters for help.

While we’re here, you probably shouldn’t get your pets stoned, but I’d venture to guess they enjoy it, right? The life of an animal is far more stressful than the life of a human. We made. We’re good. Nobody is fucking with us (except other humans, of course). Humans wake up every day and hope the subway is running on time. All human problems are champagne problems and we smoke weed like it’s the last plant on Earth. Animals wake up every day and hope today isn’t the day they get eaten alive by a bigger badder animal. That’s gotta be the most stressful thing ever. Let a little weed smoke into their brains and let’em relax for a few hours before the nightmare continues.