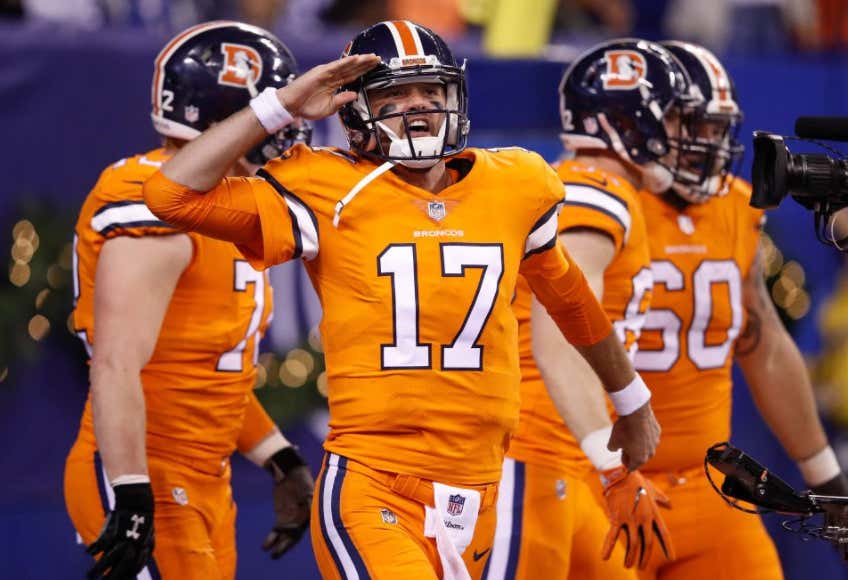 Last night a sleeping giant awoke. The Brocketship! The man was possessed and I’m not sure he remembers a goddamn thing this morning. Brock Osweiler posted a 99.2 QBR last night which was the highest for any QB this season and it was also the highest for a non-starting QB in the last TWELVE seasons. I mean look at some of these throws.

He’s back! We also got a glimpse of the wheels that make Brock one of the best dual threat quarterbacks in NFL history.

The man was a maniac last night and the vaunted Colts defense had no answer. Frankly no defense, even the ’85 Bears, could’ve stopped him last night. I think the rest of the NFL is breathing a sigh of relief that Denver doesn’t have a chance to get to the playoffs. Brock is hot and there’s nothing anyone can do.

So what team is gonna give him a $70 million deal in the offseason based off this one game? My money’s on the Colts.