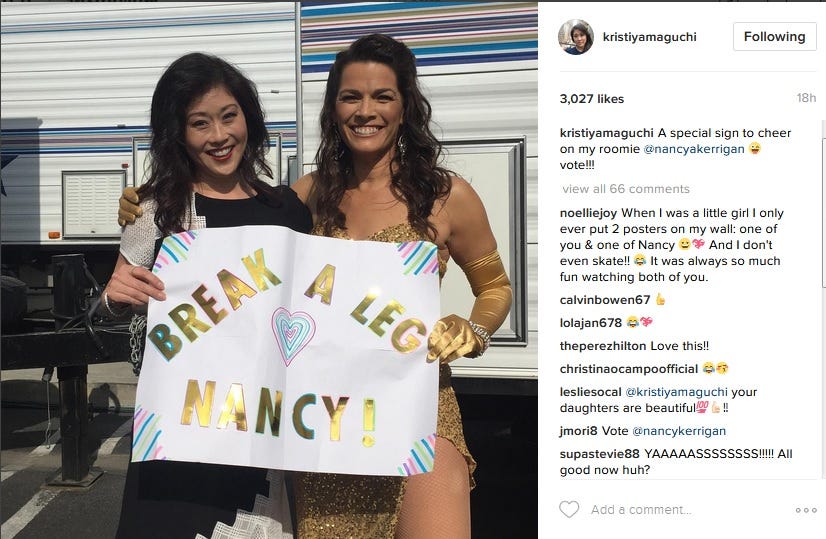 .
Good job, everyone trying to start shit between Kristi Yamaguchi and Nancy Kerrigan. Good effort. Nice try with your fake news, KFC. But neither you nor anyone else is going to interfere with the special bond that exists between these two elite athletes by making up stuff about Kristi cracking jokes about Tonya Harding. She didn’t last week and she never would.

For those of you who don’t know, there’s a little thing that used to exist in all sports and it’s still alive and well in the proud sport of Figure Skating. And it’s called sportsmanship. It’s the kind of mutual respect that’s almost gone from life, but it’s still practiced in the Sport of Kings. Particularly between two tough competitors like Kristi and Nancy. They grew up in the golden age of skating. Not during a time when you won a competition or two then retired to a life of playing playing Wilma in “Flintstones on Ice.” I’m talking about the 1990s, when the international circuit was a bloodsport. Literally. And when you triumphed there like these two Valkyries did, you admired your fellow champion and she admired you back.