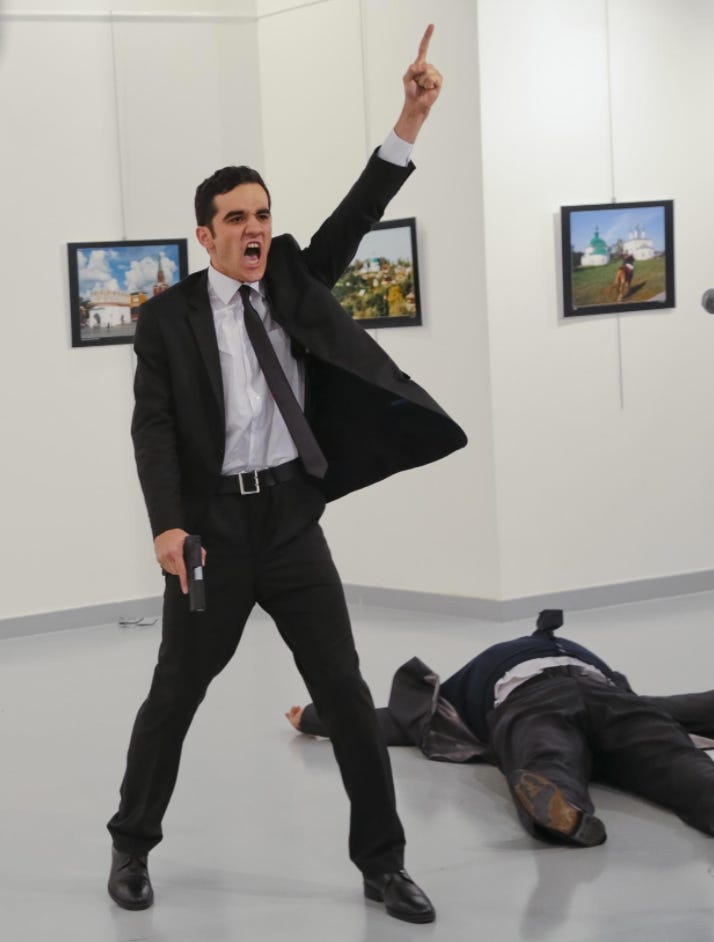 NY Post — The police officer who assassinated the Russian ambassador at an art exhibit provided security for the Turkish president after an attempted coup by a terror organization he had once investigated, according to a new report.

Mevlüt Mert Alt?nta?, 22, was one of the investigators assigned to a 2015 probe of the Fethullah Terrorist Organization whose founder, Turkish preacher Muhammet Fethullah Gülen, lives in self-imposed exile in Saylorsburg, Pennsylvania, the Hurriyet Daily News reported Wednesday.

Alt?nta? also monitored meetings held by the terror organization in Izimir – a city in the western province of Turkey, the newspaper said. It was unclear if he became radicalized during that time.

So quick little update here on Gavrilo Princip. The assassin was a Turkish cop who has, in the recent past, served on the Turkish president’s security detail. His family and some friends have been detained as both Turkey and a Russian convoy investigation dig into the shooter’s background, possible motives, and possible assistance he received. Both sides have expressed a belief the assassin did not act alone.

Important to note that Turkey and Russia are on opposing sides in the Syrian war. The shooter yelled “Do not forget Aleppo! Do not forget Syria!” after shooting the Russian ambassador around 9 times in the back then smashing artwork rendering Russian landscape.

Turkey has blamed the Islamic, anti-Turkish government cleric Fethullah Gulen — who’s accused of being responsible for the failed coup attempt earlier this year — and his group for the assassination. This has also led to accusations we are involved to some degree, as Gulen lives in Pennsylvania and we refuse to extradite him to Turkey.

In the aftermath of the assassination, Turkey blamed opposition cleric Fethullah Gulen and tried to place blame on the United States for allowing Gulen to live here. US Department of State spokesperson John Kirby called that “absolutely ridiculous.” (via CNN)

Surely, you can see how this is a bit of a mess and how people fear exponential escalation from this one assassination. We have a NATO obligation to protect Turkey (also one of our most key bases in the Middle East, Incirlik, is in Turkey). If Russia were to respond with force… well that’s not just Serbia and Austria-Hungary kicking things off; that’s history’s two largest nuclear powers throwing it down right out of the gate.

PS — This whole event’s been highly politicized, and understandably so, but it’s important to remember Ambassador Karlov had a family and a nation behind him. Sad, awful stuff. 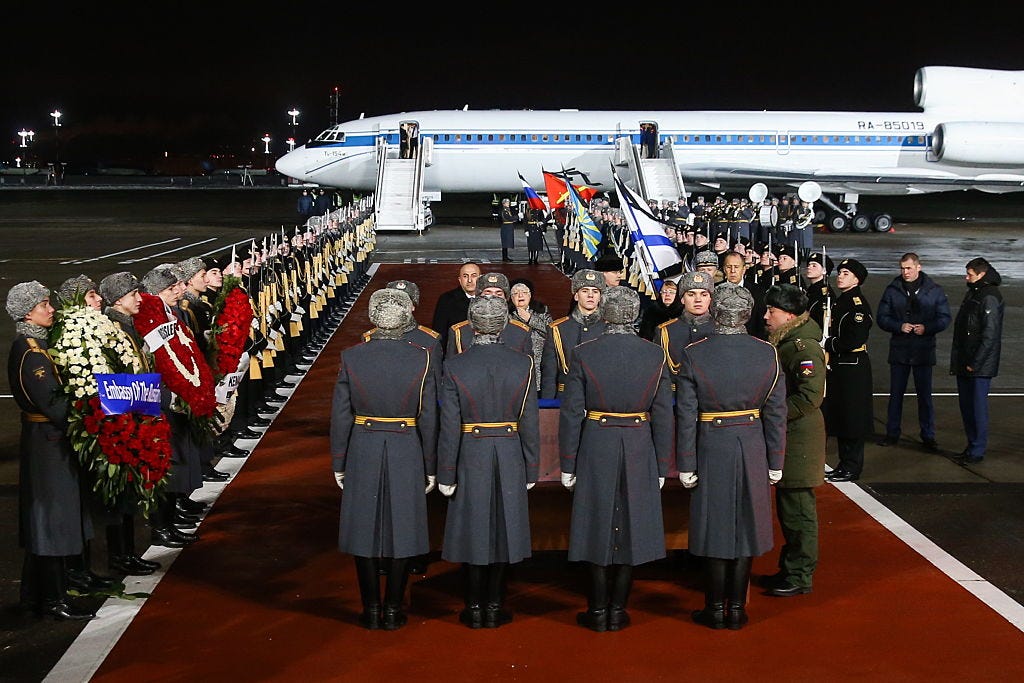 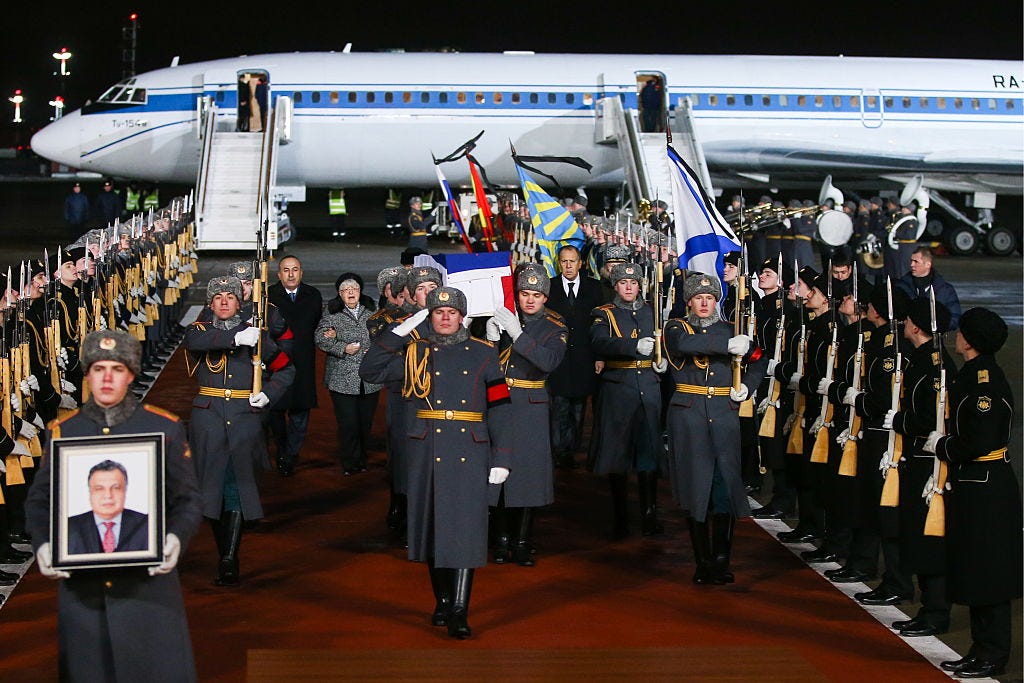 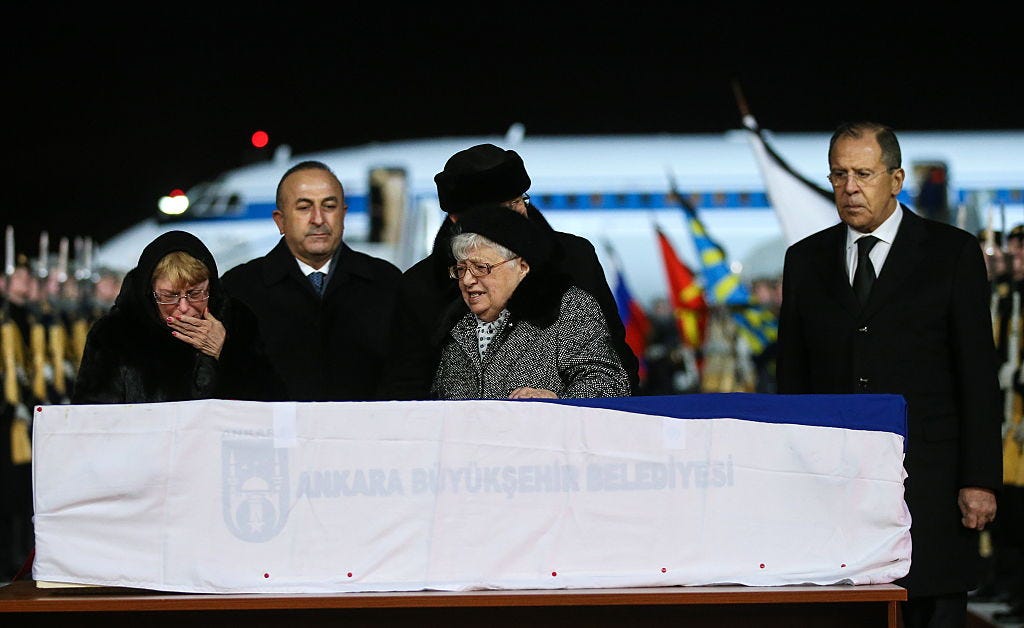