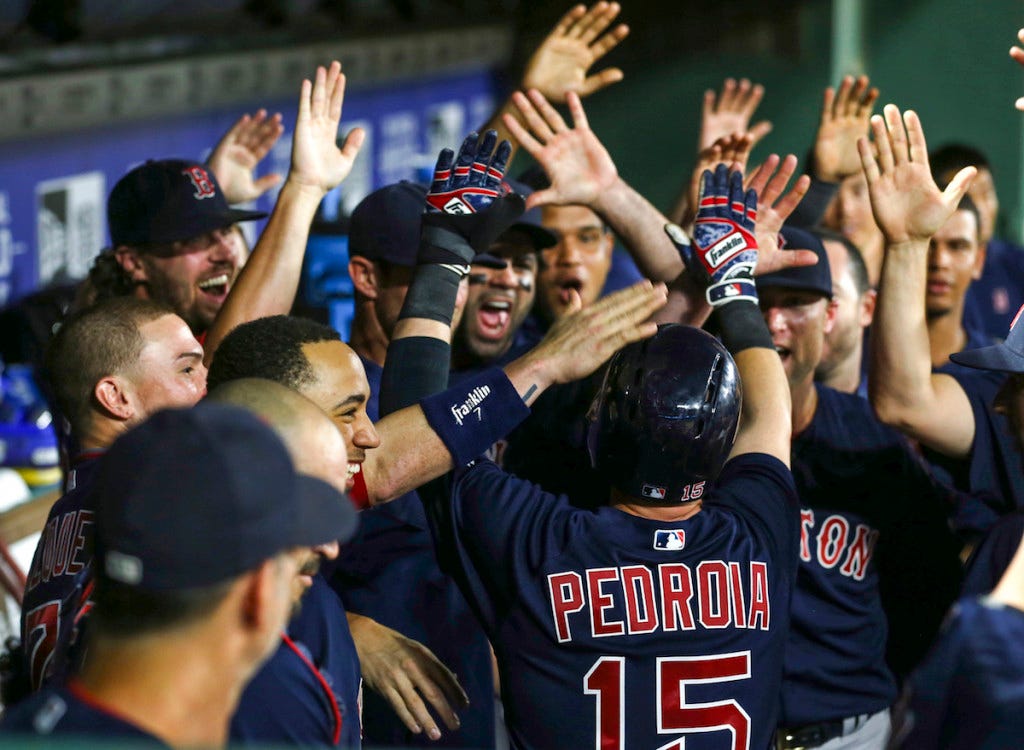 Price got knocked around worse than Apollo Creed in Rocky IV. He gave up a leadoff home run to Shin-Soo Choo, and it was all downhill from there. The left-hander allowed six earned runs on 12 hits, a season high, and the first time he’s allowed double digit hits since August 14 of last season. Simply put, the Red Sox were fucked. It was the third inning, and the Rangers already had 6 runs on 12 hits, and it didn’t look like they were showing any signs of slowing down with Prince Fielder taking Matt Barnes deep in the fourth inning. But that was the only run that the Red Sox bullpen would allow. Barnes (2.2 IP), Tommy Layne (2 IP), Heath Hembree (1 IP), and Koji Uehara (1 IP) combined to throw 6.2 innings of one-run ball, allowing just four hits (all Barnes), while striking out 10 batters, including Koji striking out the side in the ninth.

But as great as the bullpen was in this one, they needed some help if the Red Sox were going to win this game. After falling behind 6-0, the Red Sox got a pair of two-run home runs from Hanley Ramirez in the fourth, and Jackie Bradley Jr. in the sixth.

Which brings us to the ninth inning. The Red Sox were trailing by three runs with two outs. This statistic says it all:

That walk-off win against the White Sox on Thursday means jack shit if the Red Sox get smoked in Texas on Friday night. Sure, it’s nice to avoid a four-game sweep against a below average team, and to do it in walk-off fashion, but your momentum is only as good as your next game. There’s nothing more deflating than sending your ace to the mound against the best team in the league, and having him get pulled before he can even finish three innings, while putting you in a 6-0 hole. A lot of teams roll over and die in that situation, but the Red Sox didn’t. The guy who won’t get the glory, but deserves a ton of it, is Sandy Leon.

Not that Leon knew how statistically improbable winning that game was when he was standing at the plate, but I’m sure he was aware that the odds weren’t very good. But that didn’t stop him from grinding out the best at-bat by any Red Sox hitter all night, and that was off the bench as a pinch hitter, too. Leon’s at-bat builds the bridge to the Mookie Betts game-tying home run, the Dustin Pedroia walk, the Xander Bogaerts base hit, and the wild pitch with David Ortiz at the plate to five the Red Sox their first and only lead of the game. It took the whole team on Friday night. There wasn’t just one standout performance, and it’s wins like this one that can really get a team going when you have a long list of players who can walk away feeling like they did something to help their team win a big game, which is exactly what Boston needed.