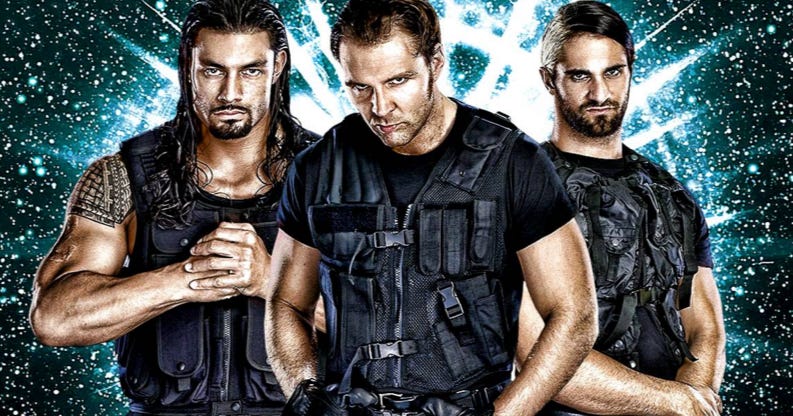 The match everyone thought wouldn’t be until SummerSlam is actually happening a month earlier at Battleground next month in DC, and that is really, really good news. For one, it means the WWE is trying to build up these “in between” PPVs. There’s those few PPVs per year where not much happens, as you know they are waiting to put the big matches on some of the more esteemed PPVs like the Royal Rumble or Survivor Series. So the WWE slapping the much anticipated Shield triple threat match at Battleground, not SummerSlam, is a huge step in the right direction. Some people didn’t think we’d see this match until even next Wrestlemania. But nope, it’s in July in DC.

The best thing about this is the WWE has for at least right now moved away from having “THE GUY”. For the first time in quite some time, there is more than 1 person they are booking shows around. All 3 members of the Shield in one feud, and AJ Styles and Cena in another. It’s amazing how much more flow Raw has when it’s not all centered around one person. When stories are written for multiple characters, and you get depth to them. Cena is getting his best pops in years working with AJ. The WWE Champion, Ambrose, is getting face pops, which a WWE Champion hasn’t gotten since Daniel Bryan. Kevin Owens and Sami Zayn are probably going to have a ridiculous match at either Battleground or SummerSlam. And Sasha made her return to Raw last night to a huge pop. On the real, there aren’t many people who get bigger pops than Sasha. Sky is the limit for her. And just wait until Bayley debuts. If she translate to the main roster in the way they think she is capable of, there is a strong chance a women’s match headlines a PPV for the first time ever in 2016 or 2017.

I can’t remember the last time I was this optimistic about the product. Hopefully the roster split and draft only improves it, not waters it down. The problem I think a lot of people are going to have with that is watching 2 hours of Smackdown the night after watching 3 hours of Raw is a lot of programing to digest. It will…or at least should, improve the quality of the shows, as each show’s talent will try to one-up the other. Competition has always been good for WWE, whether from an outside company or within itself.

PS: About 3 minutes after I hit publish on this blog the WWE announced Roman Reigns was suspended for 30 days for violating the wellness policy (positive drug or steroid test). So he’s just going to be off TV for a month and then come back for the PPV? I’m very, very, very surprised they straight up didn’t protect him and make up an injury. I guess they really are unhappy with him that they’d admit he failed a test.