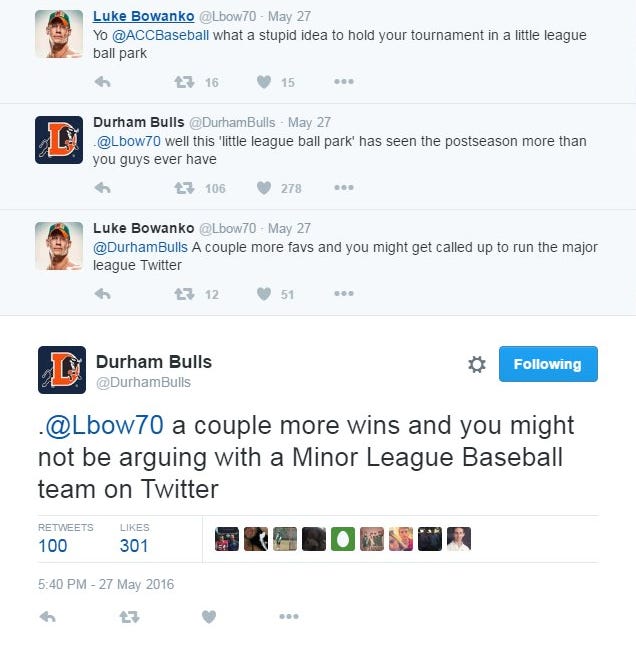 You know the old saying don’t get in a fight with someone who has nothing to lose? Well I think that applies to the poor intern running the Durham Bulls twitter account. All he sees is Major League team twitter accounts getting major play in today’s media. Everyone sucking the dick of any twitter account that tweets a semi funny gif and this poor sack is stuck in Durham playing in the minors. Basically this dude wakes up on the wrong side of the bed every single morning and Luke Bowanko was walking into a fight he could never ever win and here is the result, owned by a minor league baseball team. The old bring you down to my level then call you out for fighting in the mud move. Durham Bulls play for keeps.

I’m pretty sure Luke is a stoolie and we’re new members of Jaguar nation aka The Swaguars aka Jaggin Off so I’ll just say out loud, Fuck the Durham Bulls.