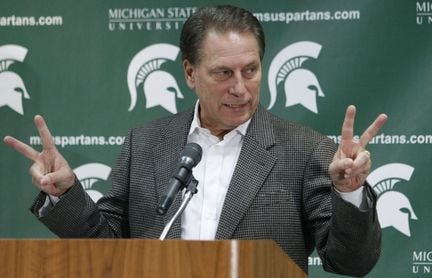 When people are filling out their brackets, one thing you often hear is the fear of putting too many teams from the same conference into the Final Four. So, I’m here to help you with what team from each well-known conference has the best chance to make a run to Houston.

Obviously, the NCAA Tournament is the most fluky postseason event in all of sports, so I’m in no way saying each conference will just send one to the Final Four. On top of that it’s a lock at least 2-3 of these teams won’t even make it past the first weekend, because, sports.

So, with that said follow me @barstoolreags as we wind down the college hoops season and get ready for the NCAA Tournament.

This isn’t a typical Miami team. This is a deep and talented roster with a helluva coach. Honestly, if Roy Williams wasn’t at North Carolina and/or their guards started playing better, I’d give them the nod over Miami, but here we are. The Canes have 9 guys who play over 12 minutes a game and four guys with double-digit points. There’s a ton of experience on the team, especially in the backcourt with Angel Rodriguez and Sheldon McClellan and have a dominant big guy in Tonye Jekiri, who is legit 7’0”. I like the balance of this team – ranking in the top 40 of both AdjO and AdjD while taking care of the ball, turning it over just 16 percent of possessions. The next two games against Louisville and at Notre Dame can solidify this team as a potential No. 1 seed.

This is really just picking the best of mediocre teams. Do I trust anyone from the American? Absolutely not. Cincinnati has completely struggled this year despite having the best roster under Mick Cronin, Temple can hardly score the ball and UConn has been wildly inconsistent. Sterling Gibbs is a massive liability at the point guard spot, but if Jalen Adams can continue to score it gives them another option going forward. I do like what Daniel Hamilton can do, but he needs to be more consistent shooting the ball. This is a weird conference as I don’t think any team gets above a No. 7 seed, so it will have to be a surprise run from this conference.

Yeah, this team is coming off two losses at St. Joe’s and to St. Bonaventure, but this is still the most talented team in the Atlantic 10. They need to get healthy first – missing Kendall Pollard, who is averaging 11 points and 5 rebounds a game, the last couple of weeks. On top of that Dayton has one of the best coaches in America in Archie Miller. He knows how to coach in the NCAA Tournament with a run to the Elite Eight and Round of 32 the last two seasons and has plenty of guys who played in those Tournaments.

There’s no question Kansas has the most talented roster in America this season, which means they’ll lose to a No. 8 seed or win the whole damn thing. They rank in the top 20 in AdjO and AdjD and while they are the 6th best 3-point shooting team in the country they aren’t too reliant on the three. The beauty of this roster is they have a guard who can take over the game (Wayne Selden) or a big guy to play though (Perry Ellis), so they are tougher to game plan for. This is a typical Bill Self team, with a ton of experience – 3 of the top freshmen in America play less than 10 minutes a game – and they defend their ass off. There’s a very good chance Kansas ends up as the No. 1 overall seed this NCAA Tournament.

There’s a common trend with these teams I’m listing. Depth, balance and strong coaching (sans Kevin Ollie, who I don’t think is that good of a coach yet). Well, give me Xavier over Villanova in the Big East because Nova is just so damn reliant on the 3-point ball. The Muskies can shoot the ball, especially Myles Davis and Trevon Bluiett, but they will absolutely beat you inside the arc. The first seven Chris Mack plays is one of the five best rotations in America, which shows with a top-23 offense and defense in the country. My biggest fear with Xavier is turning the ball over and what happens if Edmond Sumner has a rough game from the point guard spot. But, don’t rule this team out just because of ‘well, it’s the Big East.’

Yeah, pretty simple here. Don’t ever fucking bet against Tom Izzo in March. More importantly. Bet on Tom Izzo over Mark Turgeon when it comes to in-game coaching. Denzel Valentine has been one of the 2 or 3 best players in the country this entire year and has avoided the inconsistent play that plagued him in the past. The surprise play of Deyonta Davis helped Michigan State get off to a quick start with the absence of Gavin Schilling early in the season. This team will go though as Denzel Valentine goes and point guard play and coaching is what wins in March.

Arizona has flown under the radar this season thanks to injuries. Earlier in the season Kaleb Tarczewski was forced to miss time and the last couple of weeks freshman Allonzo Trier has missed games. Well, guess who is going to be healthy come March? Don’t look now but the Wildcats are No. 9 in the country and have won six games in a row, including wins over Washington, UCLA and USC. Ryan Anderson has played his way into Pac-12 Player of the Year conversation is averaging a double-double and gives Arizona another scoring threat from the post. Sean Miller deserves a Final Four, this is the year for him.

At some point it’s going to be you don’t bet against John Calipari and Kentucky in March as they’ve made the Final Four four of the last six years. Tyler Ulis is an All-American this season that can carry this team a la Kemba Walker thanks to his ability to score and get teammates involved. On top of that Jamal Murray has found his scoring ability giving them one of the best backcourts in the country. If this team can get healthy (Derek Willis and Alex Poythress are both out with injuries), they will be in a lot of peoples Final Fours. Look for the improvement of Isaac Humphries the next couple of games with Willis missing time.

I sat down with former Kentucky player and top-100 recruit Jon Hood to talk about being in a recruiting class with John Wall, DeMarcus Cousins and Eric Bledsoe. What life is like as a UK player, what teams do during the NCAA Tournament, scraps during practice and going through a coaching change after he signed his LOI. Check it out here: