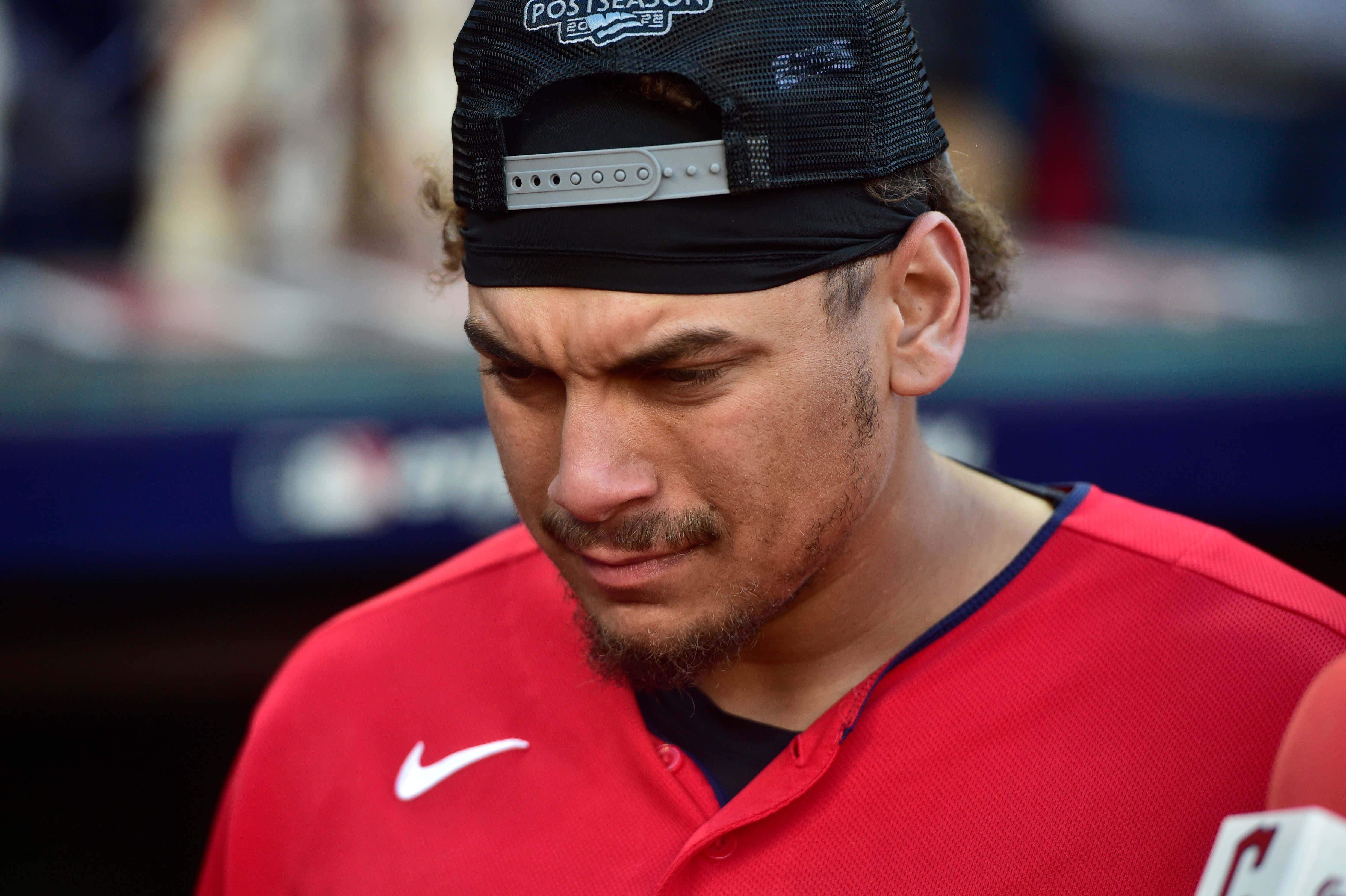 NO, JOSH NAYLOR! NO! Chin up. I don't care that Gerrit Cole took a cheap shot at you for playing with fire and emotion last night, even though the Yankees batters were pimping home runs and showing up our pitchers left and right the night before, I still want to see that same energy tonight. Rock the baby again tonight when you put one into the bleachers.

The clock struck midnight, the sun came up this morning, and it is officially a new day. We have a Game 5 elimination game tonight and I'm no longer spending one ounce of my energy on the dumpster fire that burned in Cleveland for approximately 10 straight hours yesterday. From the kickoff of the Browns loss til the final pitch of the Guardians loss, literally nothing went our way. I haven't seen the city that much up in flames since the oil spill in the Cuyahoga River back in '69.

But that was yesterday, today is today. And I woke up feeling one type of way this morning: OPTIMISTIC.

Let me include you all in on a little secret: the Yankees are 2-0 this series when Gerrit Cole pitches, and they are 0-2 when he does not. BREAKING NEWS: Gerrit Cole threw 110 pitches last night and is UNAVAILABLE for tonight's game. I'm not a Math teacher but I believe that is called the Distributive Property: Yankees don't win without Cole, Cole can't pitch, therefore the Guardians will win tonight.

You know who is available though? Literally every single person on the Guardians roster. The Yankees HAD to win last night, the Guardians did not. They threw Cole til his arm fell off, and they went to both Holmes and Peralta. Cleveland, however, has a fully rested Trevor Stephan, James Karinchak and Emmanuel Clase. Objectively speaking, the Yankees bullpen is very bad and the Guardians bullpen is very good. Also speaking objectively, both teams will have to go to their bullpens early and often tonight with Aaron Civale and Jameson Tallion being named the starters. And if we're being objective, that is another huge advantage for Cleveland.

Yes, they have power hitters. Yes, the ballpark is small. Yes, they have the home field advantage. But this team has been doubted all year long and we're 1 game away from sending a team with 3x our payroll home for Fall Break. There's only one thing left to do, Cleveland….