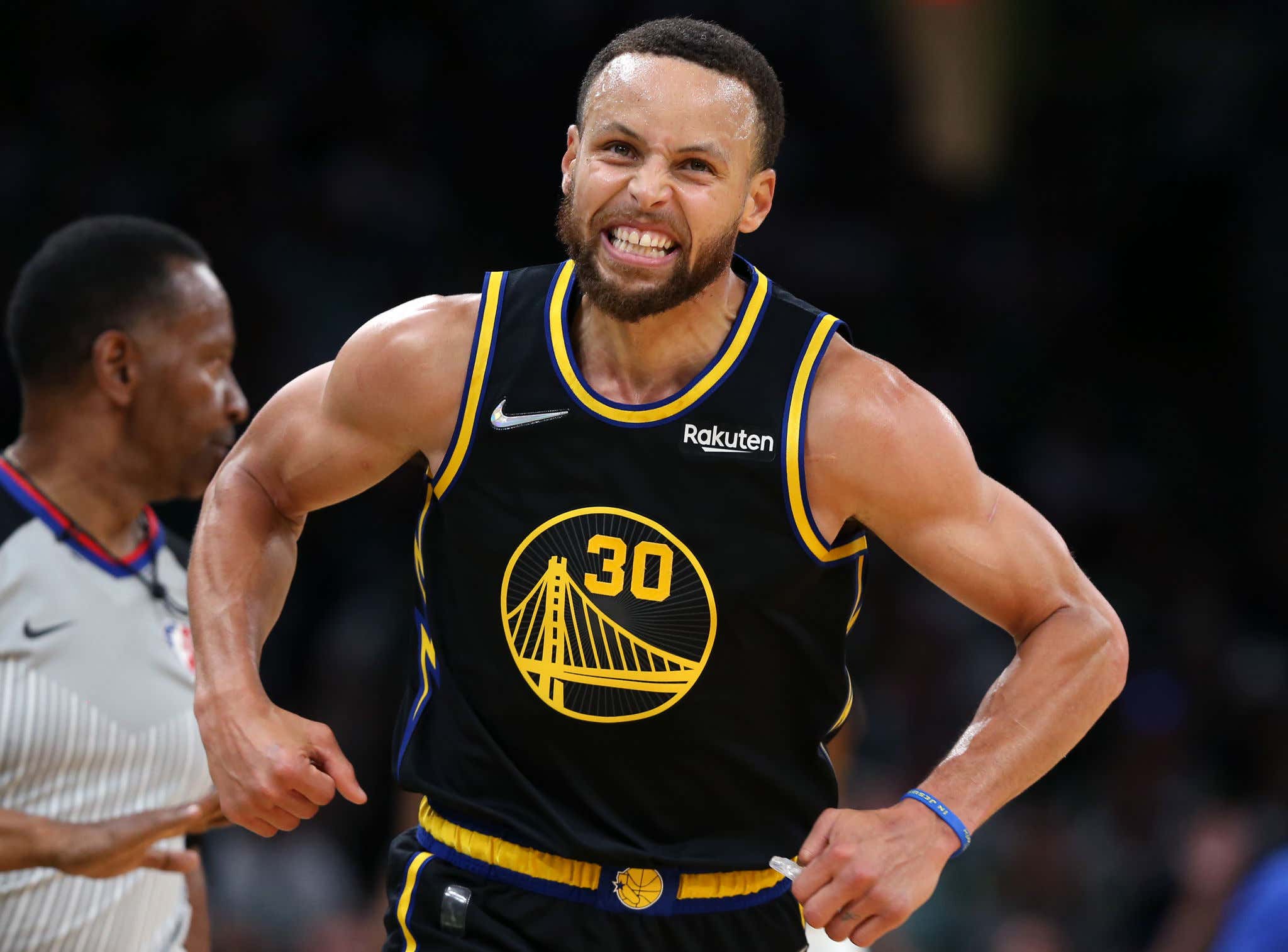 Everyone knows what's at stake. Warriors taking on the Celtics in the Bay Area. Series tied. Golden State gets two of the next three at home if the 2022 NBA Finals go the full distance. Boston blew a chance at a 3-1 lead in Friday's 107-97 defeat thanks largely to Stephen Curry's god-tier 43-point masterpiece.

Let's get right into this thing, as the Warriors (-4) look to capitalize at Chase Center and push the Celtics to the brink of elimination.

Steph vs. Tatum MVP duel has been lopsided

I will still not let anyone forget their lambasting of me when I hyped Curry as Finals MVP following his insane first quarter of the Finals opener. Well, had you just TRUSTED ME, you might've made a futures bet even after the Warriors' late-game collapse and gotten insane value.

Now? Curry is running away with the MVP race, which is only close because the outcome of the Finals is in doubt. Steph is a -150 favorite, while Jayson Tatum is at +180. The latter has a lot of work to do, and must come up huge to not only deliver Boston a championship, but to also ensure he'd stave off Curry from becoming (potentially) the first Finals MVP since Jerry West in 1969 to play for the losing team.

With how sensational Curry has been all Finals, I imagine he's due for at least one "down" night by his standards. As for Tatum, he can't get much worse. Tatum's 27.5 points prop is at -106 to go Over; Curry is -103 to hit Over 31.5. There's evidence from this postseason to suggest Tatum, despite his 34.1% shooting clip in the Finals, is due for a monster outing.

The road has been kind to Boston

It's strange that these Celtics (+4/+145 ML) can't seem to get out of their own way when there's a golden opportunity to grab hold of their destiny. They almost need the adversity to draw the absolute best out of them. To their credit, as you can see from that above tweet, they not only respond to losing in emphatic, dominant style, but hostile opposing fans actually seem to fuel their collective fire.

Even when they've gotten smoked, there have been no indications of the C's suffering from hangovers. The question is, can they keep that short memory on the biggest stage in basketball, especially given how critical Game 4's loss was?

Boston is 8-3 SU on the road in these playoffs, and 7-0 coming off a loss. Craziness. Perhaps their most impressive "W" of all was Game 1, which snapped Golden State's perfect 10-0 home postseason mark. With how well the Celtics have handled setbacks, it wouldn't be a total shock if they went out and won in San Francisco.

Can we simply appreciate this for a second? Golden State's core trio has been here so many times before, knows how to get the job done, and even though Curry is mostly to thank for the Warriors even hanging around Game 4, Klay Thompson sank some huge, timely shots, and Draymond Green made several winning plays when called upon. They knew what to do when their postseason lives were essentially on the line. Nothing can really prepare you for that moment until you've lived it.

That intangible factor may loom largest of all. Boston kind of choked at TD Garden. Tatum, Jaylen Brown and Marcus Smart netted a combined 62 points on 60 shots. Golden State got aggressive, and — again, mostly Curry — straight-up stole the Celtics' souls.

C's must step up in battle of big men

The team who's scored the points in the paint has won each game of the Finals. That may not be a shocking fact, yet it's notable all the same. After playing out of his damn mind in Game 1 with 26 points, Celtics big man Al Horford hasn't contributed nearly as much as a scorer. Robert Williams has been sensational at times, such as Game 3, but he's still dealing with knee soreness.

Game 4 had to be alarming for the Celtics, because they got outrebounded 55-42, yielding 16 offensive boards in the process. You can't give Golden State's offense that many second-chance opportunities. Part of what helped the Warriors gain an advantage was Steve Kerr playing Kevon Looney for a series-high 28 minutes. Looney logged a +21 net rating after previously being yanked from the starting lineup. Andrew Wiggins chipped in a career-high 16 boards of his own, too.

Boston's frontcourt needs to be more competitive on the glass. You can't let Wiggins get 16 rebounds. That's nuts. Monday's visitors should also do all they can to get physical with Draymond, whose confidence is shaken by the awful shooting slump he's in. Green even got benched in a key part of the fourth quarter the last time out. PS where is Grant Williams? Dude had 27 points in a close-out Game 7 romp over Milwaukee and played 13 minutes during Friday's loss. Maybe Ime Udoka gives him more time tonight.

I've officially psyched myself out this entire series. I will no longer cave to the angry mob of fans who talk shit any time I say one thing positive about Golden State! H/t to Kelly in Vegas, who indirectly directed me to this stat: The winner of the past 74 NBA Finals games has never failed to covered the spread — with only two pushes in that span!

This may seem a tad confusing or inconsequential at first glance. Bottom line: Whichever team you pick on either side of the spread is destined to be a winner. The Dubs' moneyline at -175 isn't the right value. Additionally, the Over/Under has been alternating in the last four contests. I'm going back to my roots and going Under this time. That's the longer-term trend between these teams — the Under is 12-4 in their last 16 matchups — who have quite a bit of continuity personnel-wise.