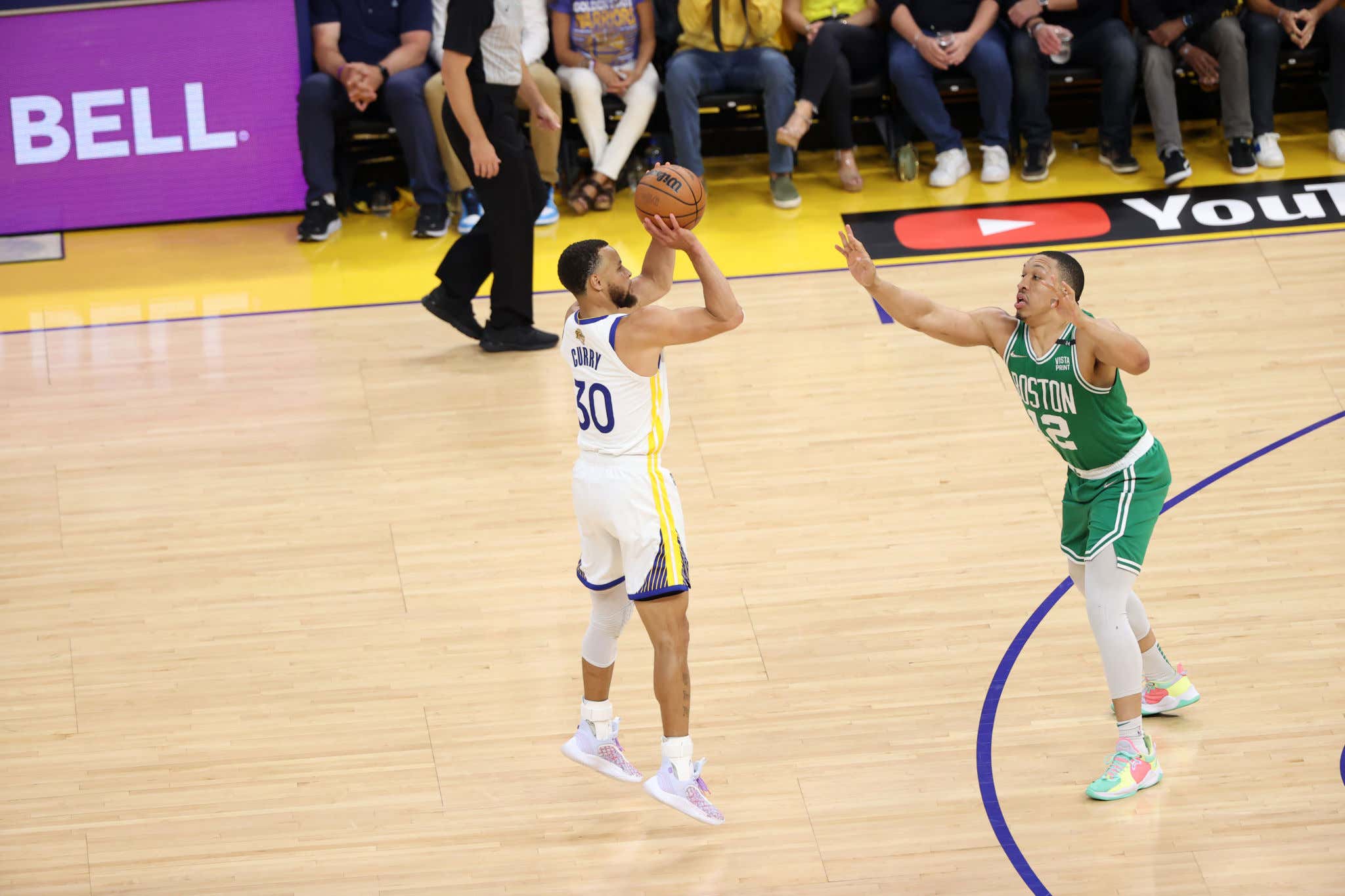 Pretty well and widely known by now: All that's really missing from Stephen Curry's career resume is an NBA Finals MVP. It seemed like he took that narrative personally based on what happened in the opening quarter against the Boston Celtics in Thursday's Game 1. The Golden State Warriors' face of the franchise went the fuck OFF for 21 points and six treys.

Yup, Chef Curry was cooking early against the Celtics, who, to be clear, have the best possible stopper to guard him in reigning Defensive Player of the Year Marcus Smart. Boston is about as good as it gets on that end of the court…oh, and the C's have been far and away the most impressive road team in the NBA since they caught fire at the start of the new year-ish.

None of it mattered. Curry served notice to anyone who was thinking Golden State would come out flat, or that all the Warriors' 123 games of Finals experience to Boston's zero would be a non-factor.  Check out the raw footage below. It's sick.

Now, as we all know, the Law of Averages will eventually kick in and Curry will come off this hot streak just a little. Still, what we witnessed in that first quarter was flat-out legendary, historic and, well, unprecedented in NBA Finals history.

Coming into Thursday, Curry was a -125 favorite to win Finals MVP. If things keep going this way, those odds are going to shrink by a considerable margin overnight.