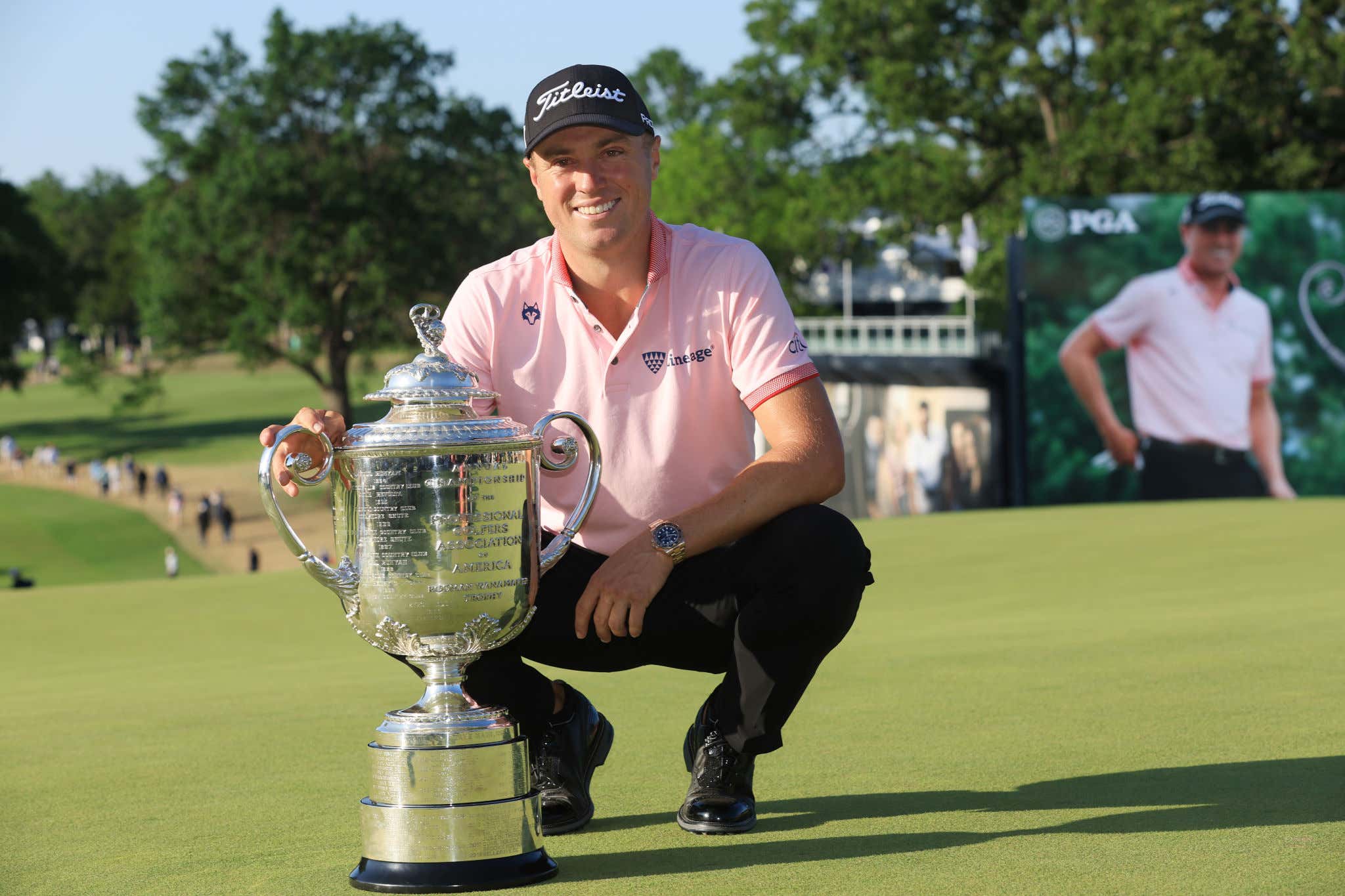 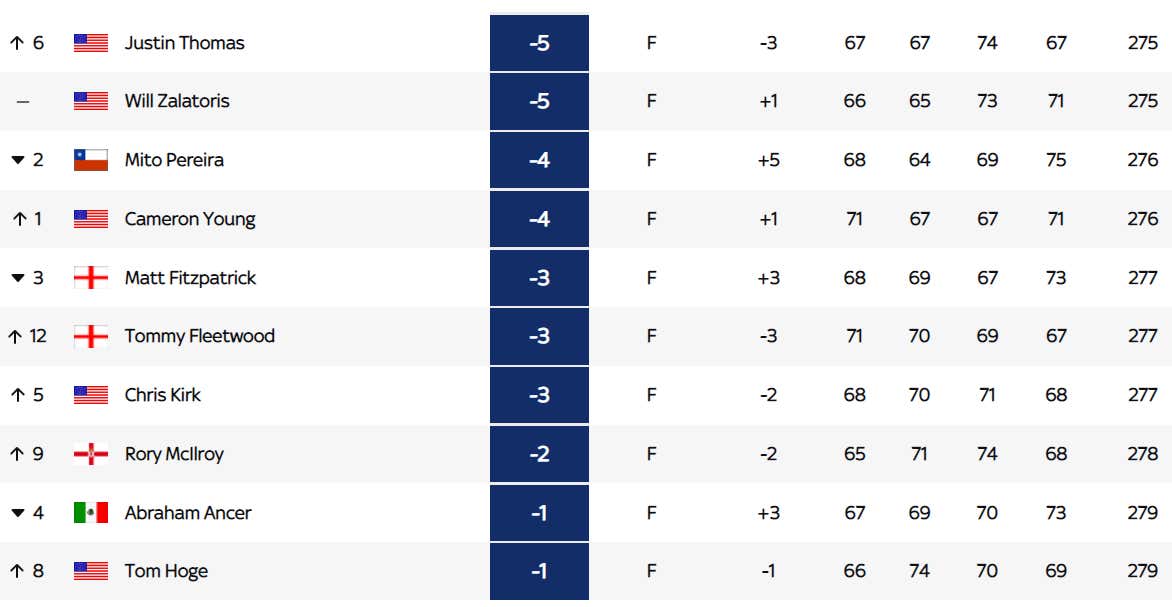 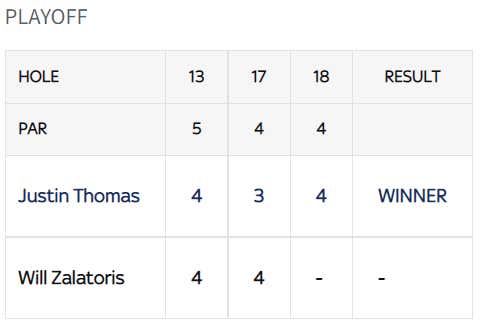 Wow wow wow. What a great Sunday that shaped up to be. The leaderboard was chock full of youngsters who don't have a marquee win to their name. Mito Pereira was likely the most unknown of the gang, and he was sitting pole position. He looked relatively unflappable until he got to the 18th tee, and then mayhem ensued. Next thing you know we've got JT flying up the leaderboard and sneaking his way into a playoff with Will Zalatoris. What a treat that was, and now JT's got his 2nd major championship.

Plenty of thoughts on this week, so I'm just gonna dump em out.

- Obviously a huge W for JT from way back in the field. It feels like every major Sunday, there's always a big name making a charge early in the day that grabs your attention. You start to wonder "could he?"… as he makes another birdie… and then he pours in another and you say "might he?"… and then he inevitably makes a bogey to derail momentum and by the time the tournament's over, the guy is T-12, the contenders pushed the number 4 or 5 more under par and you forget that any of that had even happened. Rory is a king at that move, more on that shortly. But JT coming back from 7 down to start the day is legendary, and ties the record for biggest 54 hole comeback in PGA Championship history.

- 2 majors and a PLAYERS Championship for JT. Guy is building a legacy, little by little. There's so many great golfers in this era that getting a 2nd major on the board helps separate you from the rest of the pack. Spieth, DJ, Morikawa, Koepka, and JT are those dudes in the new age. Meanwhile you've got some absolute sticks that are on the outside looking in with zero so far. Cantlay, Xander, Hovland, and Cam Smith are in that group. Excited to see if JT can continue to add to that collection, and with a major other than the PGA. He's got the shot-making ability that should thrive in an Open Championship setting for lots of years to come, so that'd be my best bet.

- The dab is officially back.

- Incredible that a guy can hit a shot like this on a major Sunday and still win the tournament.

- Did you guys know that JT's dad is a PGA professional?

- Bones getting back on the board with a major championship after his breakup with Phil is awesome. Especially it being with Phil sitting at home as the defending champ. Reminds me a little bit of Stevie Williams getting his with Adam Scott at Augusta a decade ago. They asked Bones earlier this year why he stepped away from a growing media career to go back to carrying a bag. His answer was basically "uhhhh… because it's JT". Good call.

- Will Zalatoris continues to be a fascinating player to watch. He strikes it like few can, he can bomb it and shape it, and he's starting to hit a few more putts. He definitely had his chances to go out and take it this week and obviously came up a shot short. It's waaaaay too early in his career to start labeling him as a loser or a choker, but people will probably do it anyway. Which is totally unfair. Guy made a MASSIVE putt just to force the playoff. He keeps giving himself chances, and eventually he's going to push one of these across the finish line. And from there the floodgates may open a la Scottie Scheffler earlier this year. With that said, I know he's putting better but I'm hoping he cleans up this NIGHTMARE of a putting takeaway on 3-footers.

- Tough scene out there for Rory. He finally bucked his trend of playing miserable opening rounds in majors by shooting Thursday's low 65. The narrative at that point was that it was he was "back" and that it was his tournament to lose. I wouldn't have gone that far but if that notion were to be true, then yes, Rory went ahead and lost the tournament. He more or less buried himself with a Saturday 4-over 74 and then looked like he was making one of his classic major backdoor Top 5's with 4 straight circles early on Sunday, but his putter fizzled out and he couldn't get it going from there. Then he skipped out on media.

- Should be reiterated how tough it must be for Mito Pereira. I think he deserves a ton of credit for how he handled it, and when you juxtapose that with Rory skipping out on media, it makes it an even tougher look for Rors. Which is surprising, because he's typically great about that stuff.

- Joaquin Niemann joining the broadcast was sweet. That guy is a chill vibe. Was tough to see him watch the 72nd hole unfold…

… but I think Joaco made a lot of fans today and maybe earned himself some endorsement cash and a potential future in broadcasting many years from now if he wants to hang em up. Cool photo of the chicos picking up Mito after a tough finish

- Tiger WD'ing still makes me sad. Maybe he'll tee it up next month for the US Open, maybe he won't. I know his primary focus is the Open at St Andrews, but the greedy side of me wants both. And if he does, expect him to make the cuts.

- I thought Southern Hills was an awesome major championship venue. Obviously I wasn't there in person, but on TV it looked immaculate and the scores reflected a great major championship test. The duality of a scoreable/drivable par 4 17th and challenging 18th made for great drama, and it delivered in a big way. I'm not quite over the moon about it like I was for Kiawah last year, but it wasn't far off either. 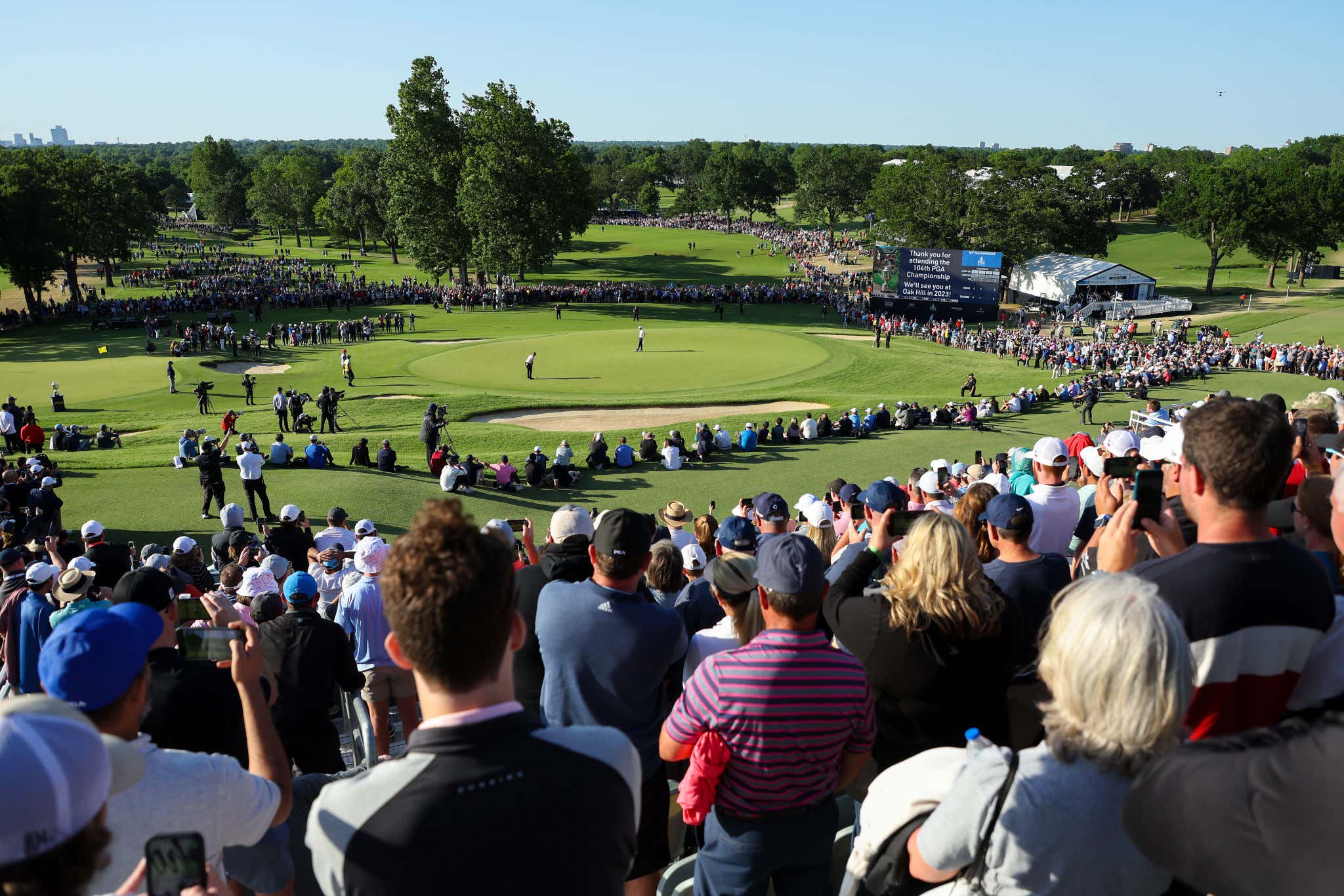 That's it for this week. Great tournament and a great champion. Bravo Southern Hills and Justin Thomas.