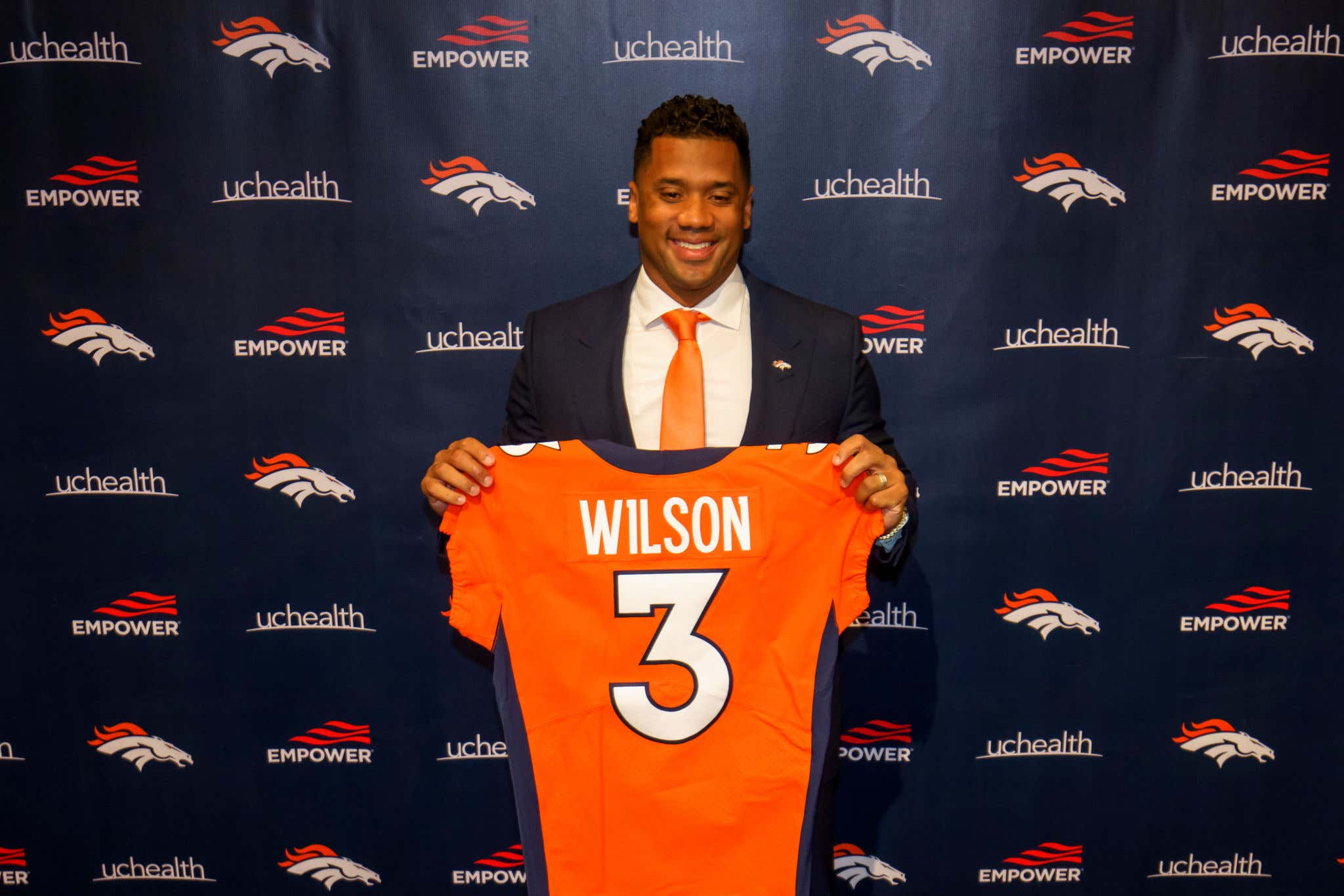 I mean hey, anything to drum up excitement for the NFL. I'm not complaining about how deliberate and dramatic the league is about revealing its full slate of games. Just stating fact. They could just, IDK, drop the schedule without a prime-time TV slot and all the hoopla. That ship has sailed. Anyway, the important thing: We now know the full 2022 NFL schedule.

Now I can't wait to piss everyone off with my subjective-yet-definitive list of the 10 best games on the entire 18-week lineup. Easier to go in chronological order as opposed to ranking them. To make my job a little easier, here's the opening night showdown: Bills at Rams — Thursday, Sept. 8 at 8:20 p.m. ET on NBC. It's too easy to make that one of the 10 best games, so it's listed here FYI.

I did my best to provide a variety of teams and space out the selected games throughout the season, so rematches from last year's postseason aren't included by design. The NFL has a TON of annual turnover as far as which teams make the playoffs, so that's part of the rationale. Also tried not to ONLY do every AFC West divisional matchup, because let's face it, all those are gonna be must-see TV. As I did with the Week 1 opener above, I'll sprinkle in some fun little anecdotes where applicable.

For the entire 2022 NFL schedule, check out the official site. If you're a sadist and desire an absolute clusterfuck for a visual aid, NFL Research has you covered:

The Russell Wilson Revenge Game. We IMMEDIATELY get to see Russ return to Seattle where he built a Hall of Fame-caliber resume as the Seahawks' face of the franchise. He's set to have a QB duel with either Drew Lock or Geno Smith, which is comedy in its highest form. Jerry Jeudy's recent arrest notwithstanding, Wilson still has plenty of weapons at the controls of Denver's offense. If the Broncos somehow don't win this one, I will question reality itself.

A Super Bowl LV rematch is upon us within the first month of the 2022 campaign, which is flat-out awesome. Tom Brady and the Bucs obliterated Patrick Mahomes' Chiefs 31-9 in the Big Game. Kansas City had a bit of a hangover throughout last year, but were still a collapse in the AFC title game away from returning to the NFL's grand finale. The Chiefs' offense will look far different without Tyreek Hill, and Brady's weird fake-out retirement makes me think something is a little strange behind the scenes in Tampa. This is a big test for new Bucs head coach Todd Bowles.

Admittedly, much of the intrigue surrounding this one is the fact that it's in London at Tottenham Hotspur Stadium. I'm psyched folks across the pond get to see Aaron Rodgers in action. What I'm fascinated by is the state of these two franchises. How will Rodgers look at this juncture of the season without Davante Adams? Green Bay might have its fair share of struggles in spite of how strong its draft class appears to be. As for the Giants, they bolstered the trenches on both sides of the ball with edge defender Kayvon Thibodeaux and massive o-lineman Evan Neal. If that means New York's pass rush is more dynamic, Saquon Barkley actually has room to run and Daniel Jones isn't under siege in perpetuity, perhaps the new-look Giants will be frisky against the Cheeseheads.

The dumpster-fire potential this NFC East tilt has is IMMENSE. Imagine if Carson Wentz sucks it up again in D.C. — or if Jalen Hurts fails to live up to expectations in his second full year under center for Philly. OR, in a wide-open division, we could see Wentz have a career resurgence, and Hurts continue to progress thanks to the presence of a legit No. 1 wideout in A.J. Brown. Don't think this even needs mentioning, however, in case you didn't know, Hurts was the guy who replaced Wentz as the Eagles' signal-caller not long ago. Such a juicy Monday Night Football clash at a pivotal juncture of the year. These teams play in Week 3 as well. Wentz returning to Philly makes for a better story.

New England appeared to peak at the wrong time. Or defenses kind of figured out the Pats' offense. Or Josh Allen in the playoffs simply happened to Bill Belichick. Whatever the case, I expect Mac Jones to take a step forward in Year 2, and for the Pats to be contending for a Wild Card berth again. One of the sneakier teams in all of football is Minnesota. After missing the past two postseasons, it feels like the Vikings are positioned to turn things around swiftly under new coach Kevin O'Connell. Now that a new regime is in place, it's officially put-up-or-shut-up time for Kirk Cousins. Captain Kirk typically doesn't fare well on big stages. Matching wits with Belichick in prime time on a holiday is a gargantuan challenge. Can't wait to see how Cousins responds.

If there were soundbite power rankings among NFL head coaches, new Dolphins boss Mike McDaniel would have a bust in Canton already. He was a longtime assistant under Kyle Shanahan in San Francisco and multiple spots before then. Both McDaniel and Shanahan have uncertain quarterback situations with Tua Tagovailoa and Trey Lance/Jimmy Garoppolo respectively. What makes Miami so fun is its dynamic duo of playmakers in Tyreek Hill and Jaylen Waddle. Name me a more explosive 1-2 receiving punch in the sport. You can't. Combine that with McDaniel's prowess in running game schemes, and Tua is set up to thrive. The 49ers' dilemma between Lance and Jimmy G will be sorted by this point. I just have no idea what the Niners' ceiling is because of that.

Hard to compare anyone to Tom Brady. That hasn't stopped Joe Burrow from being the young QB who's most frequently drawn parallels to the GOAT himself. Cincinnati overhauled its pathetic offensive line from a season ago with three new starters signed in free agency who are all unquestionable upgrades from what was in place before. Many believe the Bengals' run to the Super Bowl was a fluke. We'll know by this point in the season who's for real and who isn't. I'd be willing to wager Brady and Burrow will have their teams among the top playoff seeds by the time Week 15 rolls around.

I've written about this before. Colts GM Chris Ballard is so universally acclaimed and I can't understand why since he doesn't know how to get the QB position right. Matt Ryan is his latest experiment. The statuesque QB can still get it done, I think, and he'll be behind a much better line in Indianapolis. With the benefit of an elite tailback in Jonathan Taylor to complement him, I can see Matty Ice helping the Colts back to the postseason, if not the top of the AFC South. That turnover of playoff teams I mentioned earlier? Well, Justin Herbert and the Chargers are almost certain to clinch a postseason berth even in a brutal division.

Dallas fans might have a collective conniption if they aren't featured somewhere on this list, even though their team hasn't done shit for most of the last three decades. Whether they're good or bad, the Cowboys are nothing if not entertaining. Dak Prescott was banged up in 2021 and, I believe, caught some undue flak. As for the Titans, they're more of an obligatory mention in their own right. I mean they were the No. 1 seed in the AFC this past year. Mike Vrabel is the fucking man. But is anyone really that high on them? Seems rhetorical. Then you have Ryan Tannehill sparking one of the biggest debates of the offseason thus far in the aftermath of Tennessee drafting Malik Willis. Shipping away A.J. Brown won't help the offense either. The Cowboys and Titans are two of the hardest teams to project for 2022, which is why I'm looking forward to this one so much.

I'm avoiding the final week of the regular season, because it's self-evident that those are among the biggest/best games, and they exclusively feature divisional matchups. So while I could put Cincinnati hosting Baltimore in Week 18 here, I'll instead roll with this battle of the reigning AFC champions (Bengals, remember) and the current Super Bowl favorite (Bills). If Josh Allen continues on his current trajectory, and first-round pick Kaiir Elam steps in as an immediate stud outside cornerback, it'd be shocking if Buffalo didn't at least reach the AFC Championship Game. I think the AFC North will be a perilous gauntlet for Cincinnati to navigate. That's why it pays to have the best QB in the division in Burrow.