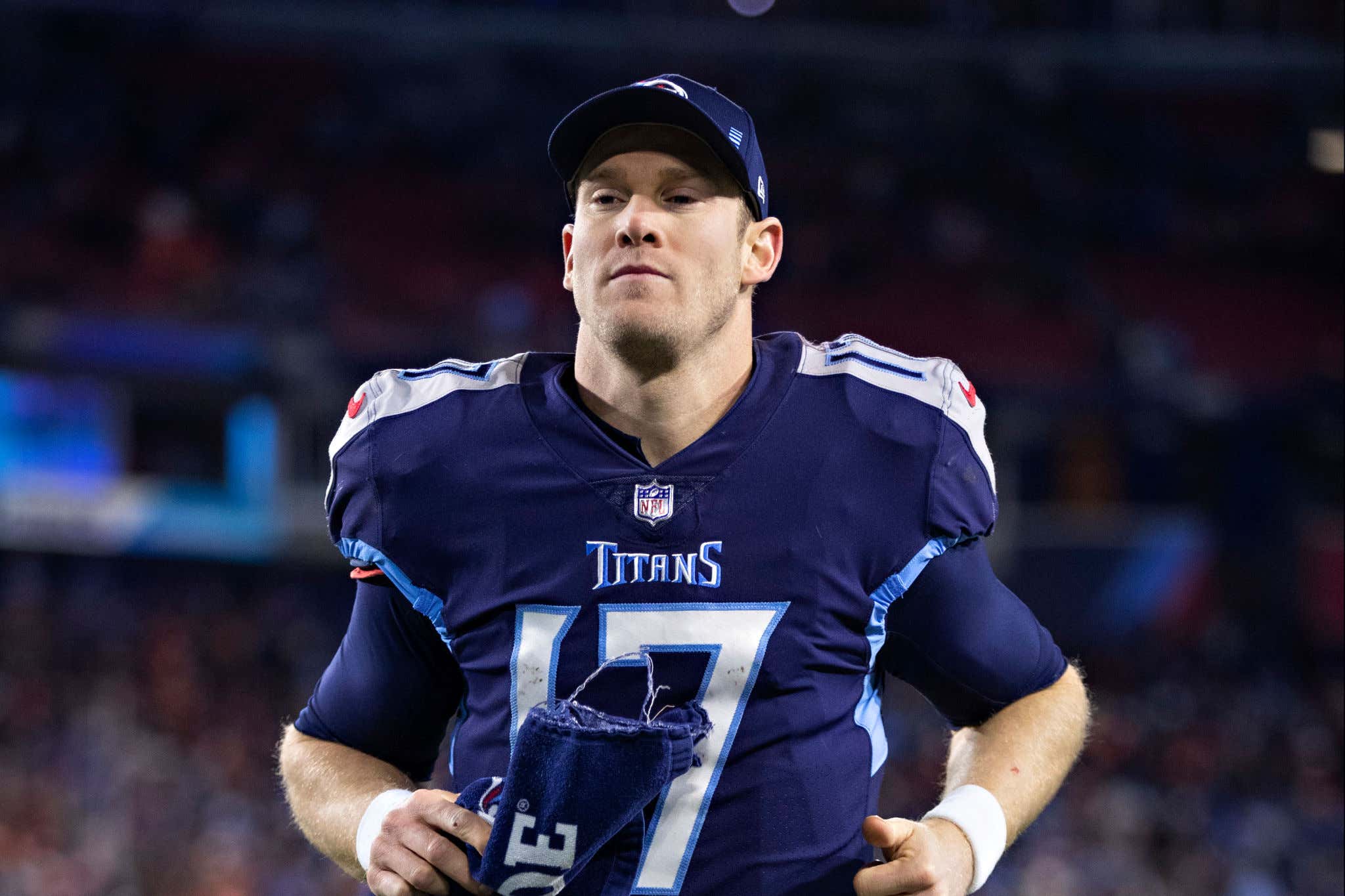 I think any casual NFL fan more or less knows the story of how Brett Favre gave Aaron Rodgers the cold shoulder when the Packers drafted his eventual (and superior) replacement. Rodgers was so good that even with minimal help from Favre, he was smart and observant enough to pick up many of The Gunslinger's good habits — and go in the complete opposite direction of his predecessor when it came to the high volume of turnovers and poor on-field decision-making.

Welp, looks like Malik Willis is gonna have to take a page out of Rodgers’ playbook as he sits and waits for his opportunity to play behind Titans veteran QB Ryan Tannehill. The incumbent field general ain’t too keen on helping the rookie third-round pick out of Liberty:

Why you gotta be such a dick bro? This is peak-level insecurity. Willis slid to late Day 2 in the draft, and you can tell Tannehill is already threatened. It's not like Willis was a first-round pick. Otherwise, it'd be an entirely different story.

Given Tannehill’s background in the NFL, I can’t say I blame him too much. He had to start his career in Miami and deal with Joe Philbin and the fuckery that is Adam Gase for multiple years. Tannehill even made Gase look halfway decent when he was healthy. Then, he had the good fortune of landing in Tennessee, where he usurped struggling ex-No. 2 overall pick Marcus Mariota as the starter and never looked back.

But it’s not like Tannehill is beyond reproach. The guy threw three interceptions in an AFC Divisional Round loss at home to the Cincinnati Bengals this past postseason.  In his previous four playoff games for Tennessee, Tannehill averaged 133.5 yards per game through the air. I understand that Derrick Henry is the driving force of the Titans’ offense, yet to put the ball up that few times is a pretty damning indictment of the QB. And look what happened when top-seeded Tennessee decided to air it out more against the Bengals — THREE PICKS! (Subtle Joe Burrow reference incoming…)

I'll empathize with Tannehill trying to deal with the reality of that situation, as there is a human element to all this.

Still, that doesn't detract from his approach to mentorship, which to me, is flat-out wrong.

Willis is an intriguing project QB prospect whose level of competition, schematic simplicity and overall mechanics/fundamentals are all reasons that he likely won’t push Tannehill as the Titans’ 2022 starter. If Tannehill plays as well as he did in the two seasons prior to 2021, he has nothing to worry about. To create this weird, awkward dynamic in the QB room seems unnecessary and avoidable. Perhaps Tannehill will change his tune and will be won over by Willis once they spend more time together.

We saw the extraordinary class Alex Smith showed in preparing his eventual replacement Patrick Mahomes in Kansas City. Hell, Rodgers made a stink of Green Bay drafting Jordan Love to begin with, yet since then, he’s been, by all accounts, a willing and helpful mentor to Love. Yeah, Rodgers got butthurt, but his ire was directed toward the front office, not his teammates. Once the season rolled around the past two years, he was ready to rock. Rodgers ultimately used the Packers’ draft slight as motivational fuel and proceeded to win back-to-back MVP awards.

Tannehill did reach out to Willis to congratulate him on draft night, even though the Titans didn't give him a heads up they'd be selecting a quarterback. Still, BE BETTER Ryan Tannehill! You're showing the exact type of poor leadership qualities that get you shitcanned from a starting gig in the first place.

Per Over The Cap, the Titans can save $17.8 million in cap space if they cut or trade Tannehill before June 1, 2023, and $27 million after that date. If he has another season like 2021 where he ranks 20th in the NFL in passer rating, that could become a realistic scenario.

I'm not 100% anti-Tannehill in terms of how I view him as a player. Only Burrow got sacked more last season than him, and it's very possible he'll bounce back in much better form this year. I just can't help but view his leadership/intangibles in a different light now. It's a shitty thing to do, to not help out a teammate if you can. Pretty basic.