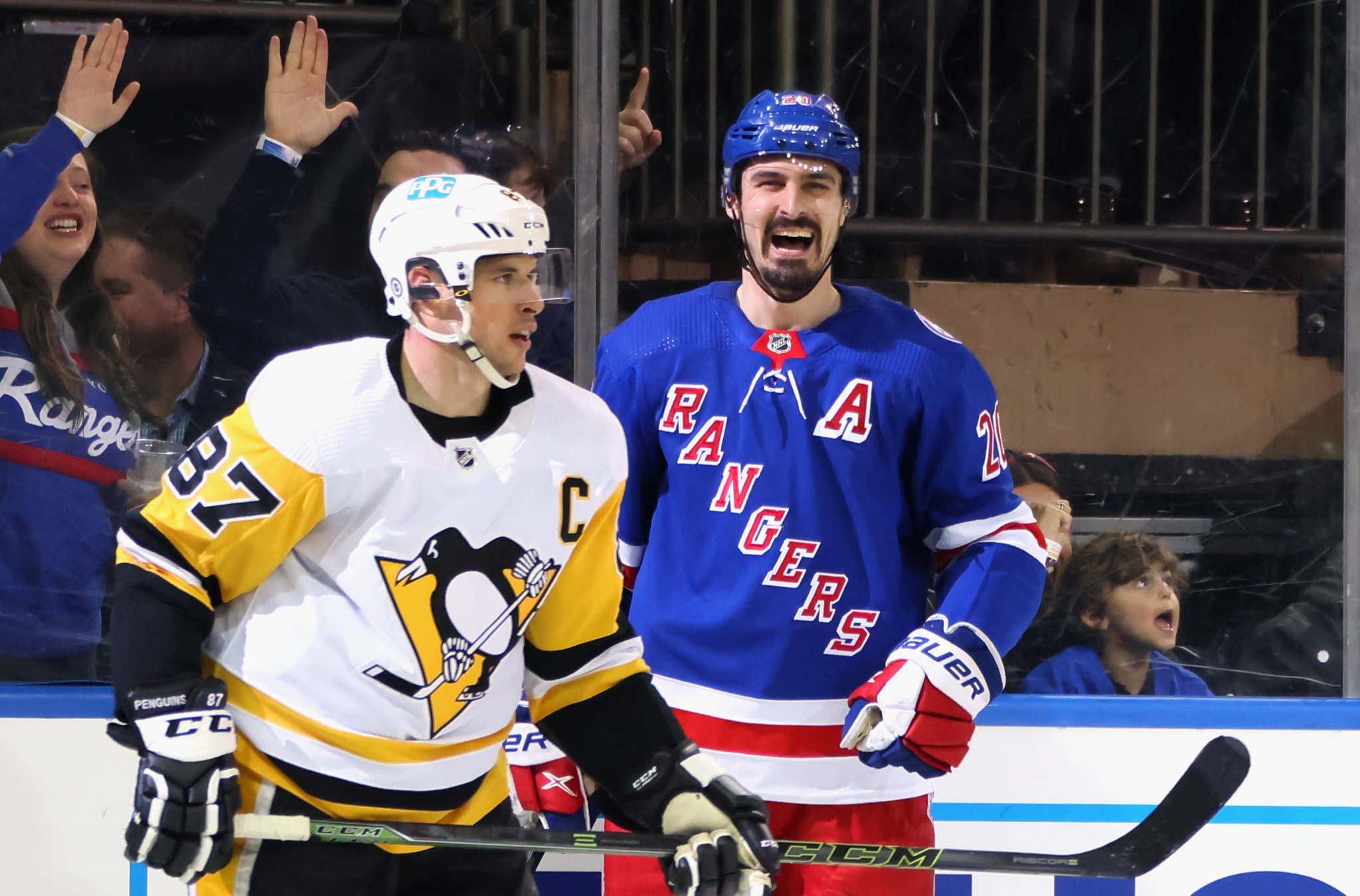 Well, here it is boys & girls. This is the matchup most Rangers fans wanted. A Pittsburgh Penguins squad they handled 3 of 4 times during the regular season. A squad that faltered down the stretch, finishing 7-9-2 thanks to a huge hole in net & a lack of secondary scoring. A squad led by an aging core that could very well split this summer after 15 straight playoff appearances & 3 Cups. A squad that hasn't won a series in three straight years.

Make no mistake though - Crosby & Co. aren't going down without a fight.

Pittsburgh holds a couple key advantages in this series, none more evident than postseason experience. Crosby, Malkin, Letang, Carter and Boyle all essentially have as many or more playoff games under their belts as Schneider, Miller, Lafreniere & Kakko have regular season ones. Fox, Lindgren & Shesterkin will be getting their first tastes as well while the majority of NY vets (Zibanejad, Panarin, Trouba, Copp) have around 30 postseason tilts over their careers. This is all pretty much new terrain compared to the core of Mike Sullivan's team. Any fan knows that playoff hockey is a different animal altogether - so assuming the baby Blueshirts are 100% prepared for it right out of the gates is dangerous. Obviously it's important in any series to protect home ice early, but that goes double for the Rangers to confidently establish they belong and get past any nerves.

With referees tending to swallow their whistles during the playoffs, even-strength play is paramount. The Rangers have significantly improved at 5x5 since the deadline but it's the Penguins that have been a top-10 team all year. An elite PP can help make up the difference - but between a lack of calls in the playoffs, the Pens ceding the second-fewest powerplays to opponents and their third-ranked PK during the regular season it's unlikely NY will be able to rely too heavily on it. Now that doesn't mean 5x5 chances is a battle the Blueshirts need to figure out how to win. They don't. They just need to make sure they aren't dominated. Simply keeping it close should be good enough thanks to the monumental difference between goaltending options on each side.

We've got the surefire Vezina winner in Igor Shesterkin vs 30 year-old career AHLer/backup Casey DeSmith in what's easily the most lopsided backstop matchup across the league. To be fair, Shesty finished a little more up & down to close out the regular season. Since March 10th he went 8-7-1 with a 2.42/.914 line that included three shutouts but four 4+ goal games. Still very good numbers overall but undeniably a dip from the consistent world-beater we were treated to for months prior. No goalie was even close to his home ice numbers though (21-6-3 1.85/.940) and the Penguins only managed to beat him twice over three contests & 77 shots. Shesterkin didn't lose consecutive games in regulation until his last two starts & saved far more goals above expected than anyone else. There's just no way DeSmith can keep up even if Igor's on his B+ level.

If I'm gonna pick a difference-maker for each side, I'll take Rakell and Lafreniere. There's a lotta pressure on the Pens' big deadline splash who's struggled to score lately. In 13 April games Rakell found twine just once in 34 shots. The former Duck was brought in to provide secondary scoring & ensure Malkin wasn't left on an island. He buried a few early on but he certainly didn't help his sputtering squad during a 5-7-1 month. If he stays quiet it'll be hard for Pittsburgh to advance solely on the backs of Sid & Jake.

Alexis Lafreniere finished the season strong - 4G/2A in his last 7 tilts. You know what you're gonna get from the Rangers top six and there's no doubt PIT will be honing in on defending those lines. That means there should be ample opportunity for the kid line to chip in this series. Lafreniere finished top-70 among NHL forwards in 5x5 goals. In a matchup where the Blueshirts will need all the even strength scoring they can get, a couple tucks from the former #1 overall pick could be all the difference.

Bottom line - all the experience in the world can't trump polar opposites in net. These squads are otherwise fairly evenly matched but I'm confident in the Rangers top-six forward depth & top-four D being the better side. A good start is crucial, but with home ice against a Penguins team who finished 2-5-2 on the road that shouldn't be a huge ask. I wanna say Rangers in five but I'm gonna give Sid a bonus W out of respect. So write it down, take a picture and tell your friends.