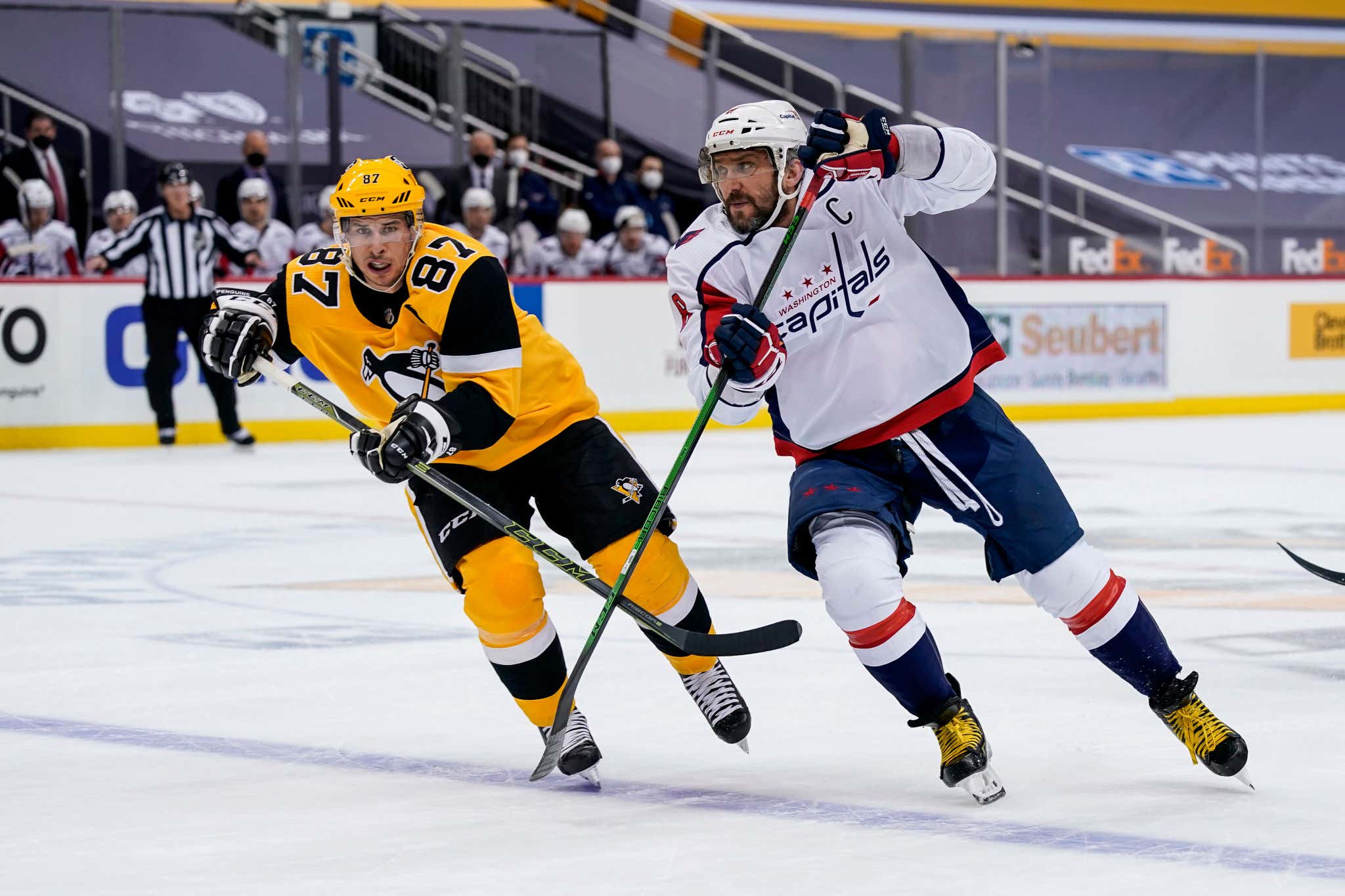 With the Metro chase officially coming to an end, it's time for the Rangers to sit back and relax these final two regular season games and prepare for what they hope to be a lengthy playoff run. What we know right now is they'll have home-ice for the first round and it'll be one of two familiar postseason opponents coming to town - either the Penguins or the Capitals. As it stands, the Pens hold a one-point lead for third place with just a game left to play. The Caps have two, including a season finale against what should be a shell of the usual Blueshirts squad. If Washington handles their own business they'll be the dance partner but that's no given after a few blown leads during their recent 1-1-2 run. So let's fire up a little game of Who Would You Rather…

There's certainly some history here prior to the Rangers 4-year playoff hiatus. These teams squared off three straight years (2014-16) with the red, white & blue taking 2 of 3 series - none better than erasing a 3-1 deficit in 2014. While only Kreider remains from those NY squads, the triumvirate of Sid/Geno/Letang still drives the bus for at least one more Pens run along with Guentzel & Rust. I know the Blueshirts handled Pittsburgh pretty well during the regular season having lost just once in four meetings & outscored them 11-4 overall - but their top guns are littered with postseason experience. This is the first kick at the can for a majority of Gallant's crew and that can make a big difference over the course of 7 high-intensity tilts.

Is it a big enough difference to overcome what's going on between the pipes on both sides? On one end you've got the sure-fire Vezina winner and the other…ummm…I dunno. Tristan Jarry's been out the last couple weeks and it doesn't seem like he'll be back in time for the first round - but if he is, who cares? Jarry was awful in his full-time playoff debut vs the Isles last year with a 3.18/.888 line being the primary reason they were bounced in 6. Fast forward to January 13th of this year and, over his last 30 games, Jarry's been subpar (2.92/.908). Between being rusty, the pressure of erasing last year's playoff dud & his generally poor play for the last few months I actually WANT to see Jarry in net.

Most likely though it'll be 31 year-old backup Casey DeSmith's crease. DeSmith's done what you'd expect a decent backup to do - 2.78/.914 - but he's not a guy the Rangers offense has gotta be worried about stifling them. Since Jarry's been sidelined DeSmith has excelled to the tune of 2.05/.946 over four starts. Whether or not he can replicate those numbers in his first-ever playoff series will decide how competitive his Penguins are gonna be.

At 5x5 the Penguins have been the better team on the season, but over the second half the Rangers have closed the gap dramatically and even moreso post-deadline. Pittsburgh wants to push the pace while NY has been playing low-event hockey biding their time to strike off the rush. Both styles have suited each squad well as evidenced by their 100-point years, but higher-octane offenses don't always translate under the clamps of the playoffs. Combine that with a big question mark in net and the Blueshirts shape up as favorites if this is the matchup they get.

These squads are no postseason strangers either. They danced in '12, '13 & '15 with the Rangers taking all three in 7 games each. The Caps were 0-6 in series-clinching opportunities over that span including a fumbled 3-1 series lead of their own in 2015. They're similar to the Pens, led by an aging but still highly productive core that's got playoff experience in spades. Although Father Time seems to be dragging down Backstrom the rest of their household names - Ovechkin, Kuznetsov, Carlson & Tom Wilson - are equally as dangerous as Crosby & Co. Their biggest concern right now though is whether or not their captain will be healthy. I have no doubt Ovi's gonna play no matter how severe his (shoulder?) injury is - but if he's not close to 100% and can't play his wrecking ball style then advantage, Rangers. Their next-best goal scorers don't have half as many as The Great 8.

The old adage if "if you have two quarterbacks, you have none" applies in goal for Washington. It's been a see-saw battle all year long between Ilya Samsonov & Vitek Vanecek for the #1 gig and no one's winning. Vanecek has the better peripherals (2.60/.910 vs 3.02/.896) but over his last 13 starts he's been brutal - 3.25/.892. Still, that's somehow better than Samsonov's 3.36/.875 over the last 13 of his own. For the season they're both well below 0 in terms of goals saved above expected. Yikes. There's an argument here to rather face this disappointing duo then the relatively unknown Casey DeSmith. DeSmith could be a rallying point for Pittsburgh while both Vanecek and Samsonov can deflate the DC boys. Hard to imagine one of them all of a sudden flipping a switch they haven't found over 6+ months.

Then there's the Tom Wilson factor. Honestly, the biggest reason I wouldn't wanna see the Caps is to avoid being force fed the same old storyline repeatedly until it's over. Would I wanna see the Rangers send them to their tee times for the fourth straight series over the last decade? Hell yeah…but Wilson is a very small reason for that. Washington's a division rival. We hate them. Hate the Pens. Hate the Flyers. Hate the other two tri-state clubs. I'd relish knocking all those teams out. "Sticking it" to Tom Wilson isn't high on my wishlist. Sure it'd be a nice little bonus but not nearly as significant as it'd be portrayed in the media. His presence though, along with Hathaway & Fehervary, means a much more physical opponent. While Drury has equipped his squad much better for that style of play, I think it could be tougher to handle for a lot of youngsters dipping their toes in the playoff pool for the first time.

I don't see the Rangers being upset by either opponent - but give me the Penguins. I actually think they're the better "hockey" team, but we've yet to see how a majority of the baby Blueshirts handle elements of a postseason grind they've never seen before. Between the media circus and ability to ramp up the physicality in a major way, the Caps are a matchup with a little more "unknown" to it that I'd prefer not to be their first taste. Scared? Nah. Both should be entertaining series with a potential changing of the guard in terms of Metro powerhouses. Just makes more sense to wanna ease NY into their playoff careers and, in comparison to what comes with Washington, Pittsburgh is the preference here and most fans agree.

Who Would You Rather?#NYR Playoff Edition

Either way, playoff hockey is right around the corner and I couldn't be more pumped to see what this squad's truly made of after an impressive, consistent regular season that smashed expectations and raised the confidence level of fans across the board. Bring on whoever. This Rangers team is absolutely, positively not one and done regardless.