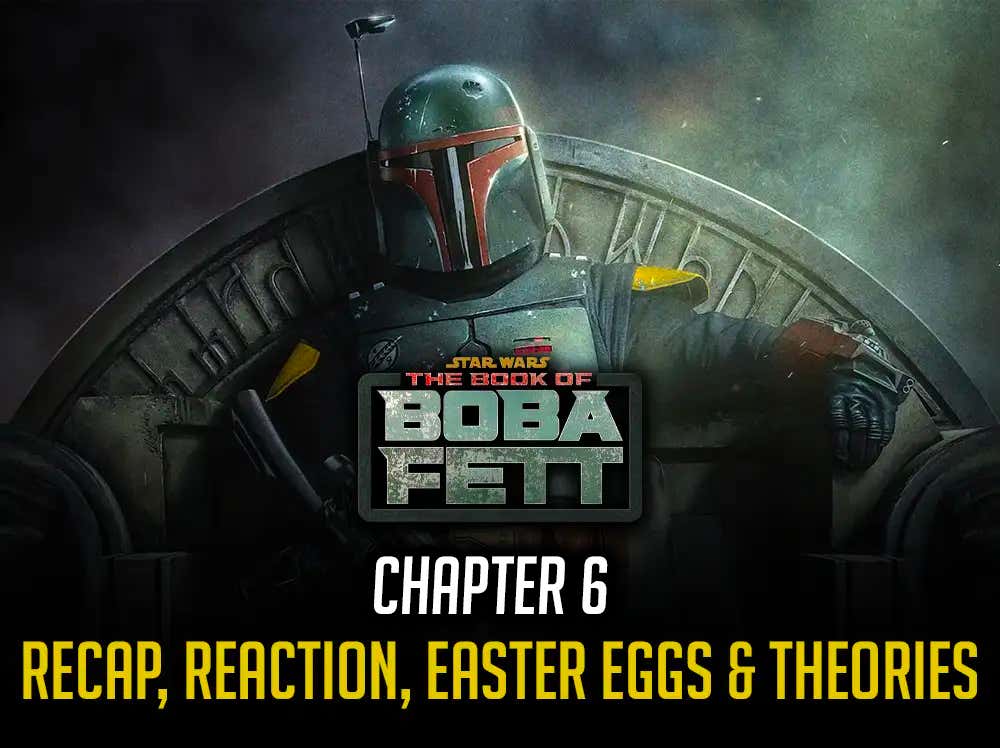 We start off in Mos Espa, where Cobb Vanth intercepts a group of Pyke spice runners in his city limits. He gives them the option to politely fuck off, and they decide to draw on him. Vanth responds by killing 3/4 of them with the quick draw and sending the last guy back with the message to stay out of town. He dumps their spice, which is the Star Wars equivalent of coke, into the desert.

Meanwhile, Mando lands on the secret planet of Luke's Jedi temple to say hi to Baby Yo and give him his gift. He is greeted by R2D2, who leads him to Ahsoka Tano. She explains to him how Baby Yo misses him a lot, and it is interfering with his Jedi training. She offers to bring baby yo his gift instead so they can prevent him from being torn between both worlds. Mando accepts, and leaves for Tatooine.

On the temple planet, Luke trains baby yo in the ways of the force. They basically recreate Luke's training scene from ESB, but this time it is being done for Baby Yo's benefit. He uses one of the training remotes that Obi-Wan used on him to train Baby Yo's reflexes too. We see the baby learning how to jump using the force and move around kind of like real Yoda did in Attack of the Clones and Revenge of the Sith. Luke also helps him look into his memory. We see a flashback of him in the Jedi Temple during Order 66, where the 501st legion murders his jedi protectors before we cut to black. At the end of their training session, Luke offers him a choice. He can take Yoda's former mini-lightsaber and continue his training as a jedi, or he can take Mando's gift(Beskcar chain mail) and go back with Mando. They cut away before he makes his choice.

Mando returns to Tatooine and starts to plan with Boba for the upcoming war with the Pykes. They need more bodies, so Mando decides to go visit his old buddy Cobb Vanth in Mos Espa. Mando tries to enlist him and the citizens of the town to help in the upcoming battle. He explains that the Pykes are everybody's problem, and whatever problems they cause for Boba will spill over into their town eventually. Vanth asks for some time to present the proposition to the townsfolk, and Mando leaves.

Vanth starts to get the town together when he notices a stranger approaching on the horizon. That stranger approaches and reveals himself to be CAD BANE! Bane tells Vanth that the Pykes will match whatever Boba's offer is for the town to simply remain uninvolved. Vanth refuses, and his deputy ties to draw on the bounty hunter. Bane draws first, shooting Vanth in the shoulder and killing his deputy. Bane tells the townspeople that Tatooine belongs to the syndicate and that nobody will be harmed as long as they don't fuck with the spice.

Back on Boba's club, some Pykes are hanging out with the sexy Twi'leks. They drop off a camtono and leave. Before the valet can grab it and bring it back to them, it explodes, destroying the club.

Just like last week, this episode had staggeringly little to do with Boba Fett. It was essentially another Mando episode, which wasn't a bad thing from a pure enjoyment standpoint. Putting that aside, there were a few things about this episode I really loved, starting out with Cad Bane.

Those of you that watched Star Wars The Clone Wars already know this, but Cad Bane was probably the best single character to come out of the entire series. He is a badass bounty hunter who was a involved in a ton of separatist plots and personally beat multiple Jedi in fights across the series. That includes Anakin, Obi-Wan and more. He has a long history with Ahsoka as well. I thought he looked about as great as I could have hoped for, and they executed his introduction perfectly. The only thing we are missing is seeing him use his jetpack boots.

I think they handled Baby Yo well, and it was cool seeing some concrete evidence of his origin. One thing they teased a little was the relationship between Ahsoka and Luke. I think there is a ton of runway there and, as long as Luke is going to be involved going forward, I hope they explore it further. Ahsoka was essentially Anakin's true child. At the very least, he was way more of a father to her than he ever was to Luke. There are a few things I would love to see:

1. Ahsoka telling Luke stories about his dad would be pretty emotional. Luke didn't really know him at all and she knew him better than anybody not named Obi-Wan or Padme. She could tell him about the moments of darkness he had but also all the heroic acts they did together.

2. I think it would be a good plotline to have Luke work through feelings of resentment to Ahsoka. It's not her fault at all, but she essentially got the father he never had.

3. Anakin might have been evil, but he was one of the best swordsmen & strongest force wielders in the galaxy. Having Ahsoka teach Luke how his father fought and used the force would be really cool.

Hoever, I didn't totally love seeing CGI Luke again. It was really cool seeing him in a limited spot in Mando, but I really don't want him to be a mainstay character because it goes against something I love about The Mandalorian. Both shows have stayed mostly in the periphery of the trilogies and mostly away from those main characters. Exploring new characters and seeing new sides of the galaxy is exactly what we needed after the sequel trilogy. Basically, I love Luke. But for that exact reason I don't really wanna see him anymore.

This episode was written and directed by the big boss Dave Filoni himself, and I think that shows in how a lot of the character he created are treated.

- I mentioned most of the big hitters in the reaction like Cad Bane. Other Mando characters were obviously in this but they aren't really easter eggs.

- Like I mentioned before, the training sequence mirrored a lot of the one from ESB. A lot of the same movements and the same quotes just flipped around to come from Luke.

-  The Jedi protecting baby yo might have been Cin Drallig. If I remember correctly from the RTS video game, he was basically known as the #1 swordfighter in the Jedi temple. You have an awesome duel with him as Anakin in the game which always made me think highly of him. However, if that was him in the flashback, he kinda died like a bitch considering how strong he is. There are a lot of random people in the Temple that have cool histories, including the gatekeeper Jurokk. He was the first person killed at the temple, and he was played by none other than Clem! 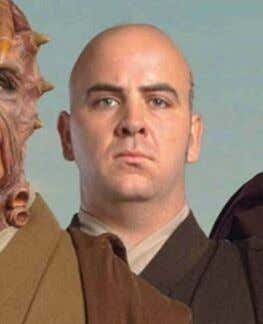 - A lot of you probably know this, but the camtono has a hilarious history. It's literally just an ice cream maker that was used as a prop in ESB. A random guy on cloud city, who was since named Willrow Hood, ran by the main cast while  holding one. 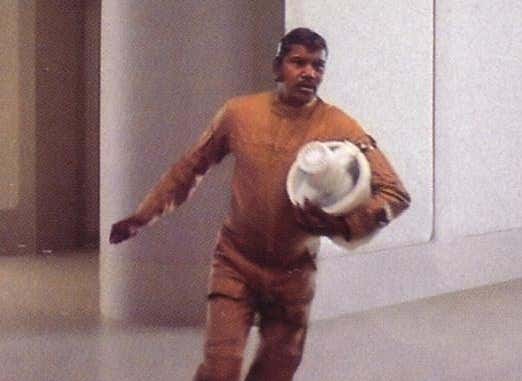 Now he has action figures, a huge fandom and a tradition every Star Wars Celebration called "The Running of the Hoods"

This is such a stupid, yet amazing fandom. The Camtono obviously got re-introduced early in Mando where it was shown to be a repurposed portable safe. Now, apparently, they are also bombs!

Despite not having short term success, most of my long term predictions for the show were correct. I successfully predicted the heavy Mando involvement towards the end(although I had know idea that it would be THIS extensive), as well as predicting the introduction of Cad Bane and seeing Cobb Vanth again.

Here is my only prediction for the finale. I think the episode is going to be LONG. Like, longer than an hour. Maybe even closer to an hour and a half. They assembled this little crew of star wars avengers, and they have a lot of ground to cover in just one ep. So why not have it be a really expanded one?

Love or hate this show, you can't deny that it has definitely surprised us as an audience and has set itself up for a good finale.